Let's face it, online ads can be annoying. While we know full well that nothing comes for free, and that many websites, particularly social media platforms, rely on advertising revenue to provide their services, even then, sometimes those ads can just be too much. Throw in concerns about ad targeting and invasion of privacy and you can see why companies which provide ad blocking software are getting bigger over time. How big, exactly? A new report by PageFair and Adobe has found that the use of ad blocking software will cost publishers a massive $22 billion in 2015, and that its use has grown by 41% in the last 12 months alone. That's a major concern for digital marketing, and something all social media and online advertisers need to be aware of - and even more concerning, now ad blockers are turning their focus to the mobile experience as well.

The PageFair/Adobe 2015 Ad Blocking Report suggests that there are now more than 198 million people around the world using ad blocking services - almost three times as many as were utilizing ad blocking software only two years ago. 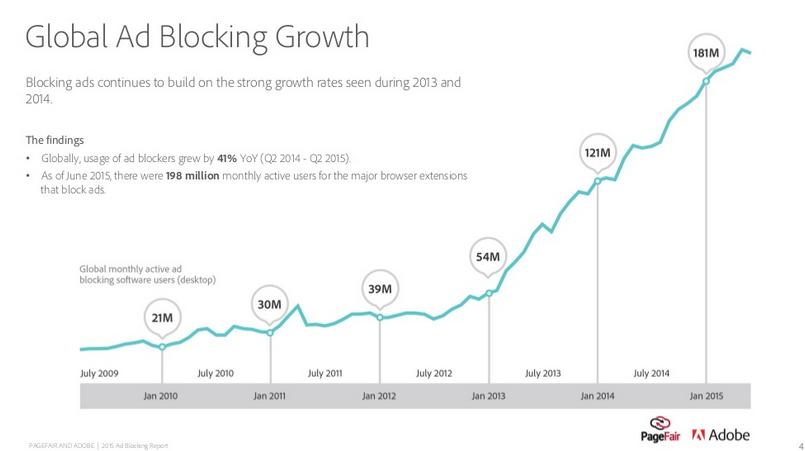 Those figures are a significant concern for online marketers - if this growth rate is reflective, it's not hard to imagine seeing significant portions of your audience lost to ad blocking software in future.

The report also breaks down geographic trends and usage of ad blockers, finding that in the US, the use of ad blocking software grew 48% in the past year to 45 million active monthly users. 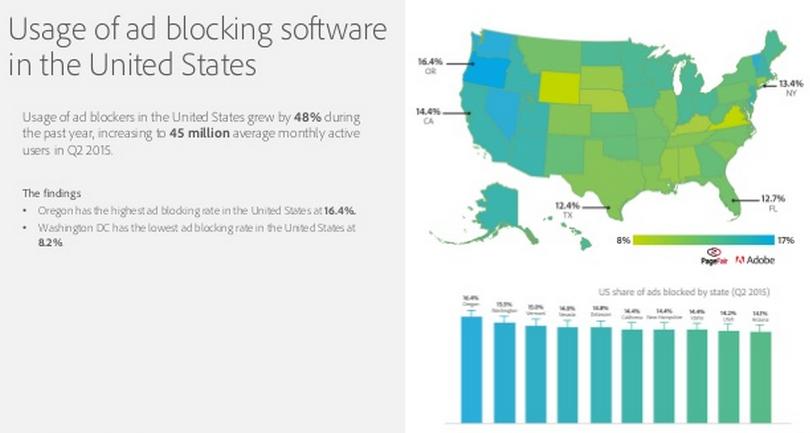 While in Europe, the use of ad blocking software is also on the rise, increasing 82% in the UK alone over the past 12 months. 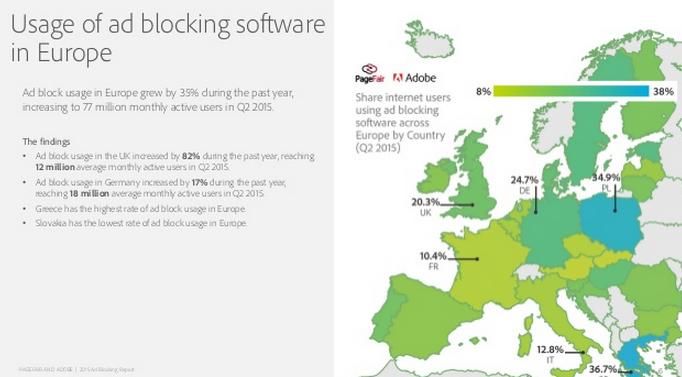 Based on this, researchers estimate that ad blocking will cost advertisers more than $41 billion in 2016 in lost revenue and rising. 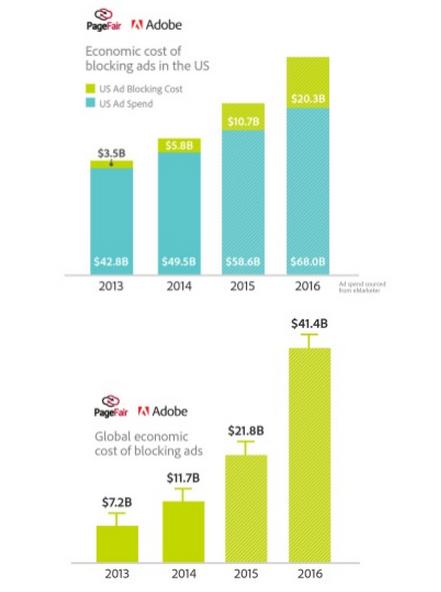 At this rate of growth, ad blocking poses a major threat to the growth of online marketing - possibly the most significant threat to the overall expansion of digital audience reach. The rise of ad blocking also moves in a cross-current to projected ad spend - in March this year, Zenith Optimedia reported that online video is currently the fastest growing advertising category in the world, and that it looks set to continue to grow at an average of 29% year-over-year to become a $23.3 billion industry on its own by 2017. While ad blocking was no doubt factored into this calculation in some capacity, the growth rates shown in this report suggest that it may be a more significant factor than many expect.

The report found that gaming, social media and other tech related websites were the most affected by ad-blocking software.

This may be the most significant finding of the report - while we all know that ad blockers are being used more widely, this spells out, specifically, where ad content is most actively being blocked, which should help advertisers and marketers by giving them a better contextual framework around where their content is likely to be affected. Would that mean it's not worth spending your ad dollars on ads targeting gaming websites? Not really - the maximum penetration of ad blocking software in the US is 17%, overall, while the maximum in Europe is 38%, so there's still a significant portion of the market not using such services. But it may explain why your ads aren't performing as well - and it's definitely something you need to be aware of when assessing placement and subsequent performance.

Note: PageFair have included an interactive map of ad-blocking adoption rates by nation at this link. 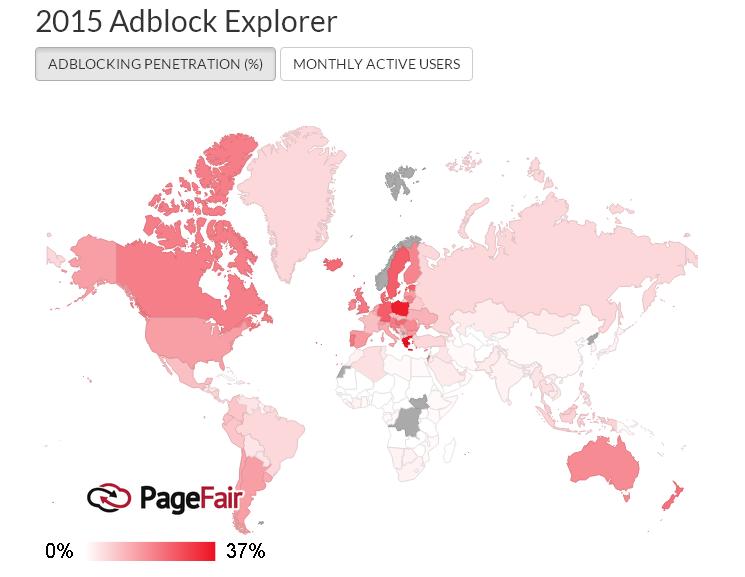 Another area of significant concern highlighted by the report is the rising focus on mobile browsing by ad blocking software. Thus far, according to the report, only a very small percentage of ad block use has occurred on mobile devices. This could all change soon, however, with the report noting that:

"The release of iOS 9 in the Fall of 2015 may be a game changer, as it will allow users to easily install ad blocking from the App Store."

To reinforce the potential impact of this change, the authors highlight the current trend in ad block use by mobile users.

So What Do You Do?

Definitely, the rise in ad blocking is a significant concern - or at the least, something digital marketers need to be aware of and to take into account when considering their ad spend and planning. Given the increase in use of such software, ad blocking has the potential to be a major issue for marketers moving forward - but it also provides yet another reason to focus on user-experience and content quality to ensure wider reach of your content.

Social media is the most effective word-of-mouth engine ever created, the rapid spread of viral content highlights the power of the medium to build audience attention and facilitate massive reach. In this context, the content that gets spread is not necessarily reliant on advertising, it's reliant on people talking about it, passing it onto their friends. In this sense, marketers need to ensure they're considering the 'social' element of the medium and remain focussed on providing content that people want to talk about amongst their peer groups. That's not the total solution to combating ad blockers, of course - another strength of social is the ability to target your ads at very specific audience groups, and that targeting is useless if none of those users even see it. But relevance is important, quality plays a part - the less reason people have to go looking for ad blocking software the better.

However you look at it, the PageFair/Adobe Ad Blocking Report is an interesting read, and one which all digital marketers should make themselves aware of.

The full 2015 Ad Blocking Report, containing a range of further insights and analysis, is available here.