And now, for the latest in Facebook's 'anything you can do, I can do better' battle with Snapchat.

Back in July, before the launch of the seventh season of Game of Thrones, HBO ran a Snapchat Lens and filter as part of their promotion efforts. 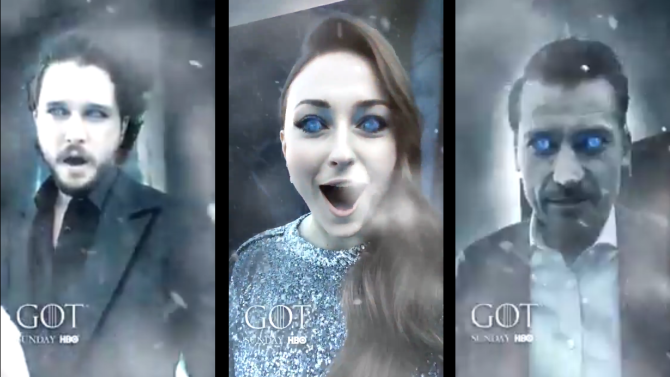 According to Snapchat, the Game of Thrones Lens generated over 122 million impressions in a week, with more than 45 million individual users posting or viewing the promotion.

As reported by Variety:

"According to Snap, the average user played with the "Game of Thrones" lens for 23 seconds (beating the 15-second average for a sponsored lens). Meanwhile, those who unlocked the lens via Snapcode played with it for an average of 127 seconds - a record for engagement on Snapchat sponsored lenses."

Pretty solid results - it's hard to say how much more hype they could add to the Game of Thrones train, or how many more people might have tuned in as a result, but those seem like a solid return for their outlay.

But now, HBO is conducting something of an A/B test with Facebook's Camera, running a new Game of Thrones video mask ahead of the season finale, which is pretty much the same as the one they ran on Snapchat. But Facebook's is just a little better.

Kristofer Hivju wants you to know that #WinterIsHere.
Prepare for the #GoTS7 finale with the @Facebook Night King camera effect. pic.twitter.com/wQCeL0Val9

It seems Facebook has taken the opportunity to showcase just how good their video masks are, to highlight that, more than just being comparable to Snapchat, their tools are now better, more advanced.

This was always the risk for Snapchat. The company's been able to gain traction thus far by innovating faster, by providing newer, cooler tools than those available on other platforms. But Facebook has way more resources, way more capacity to create more intricate, engaging effects, if they so wanted. And now, with Snap Inc. firmly in their sights, they clearly do want to, and this directly comparable campaign provides them with an opportunity to showcase just that.

It's also interesting to see Facebook running a sponsored campaign for their video masks. It's not the first time they've done so - they've already ran masks to promote films like 'Despicable Me 3', 'Guardians of the Galaxy 2' and 'Power Rangers' - but they haven't made a big push into such promotions as yet. 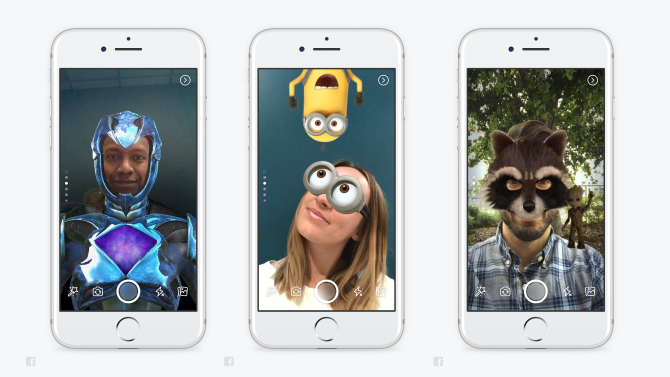 No doubt this new filter, in particular, will gain traction, which could open the door for them to promote more films and products via Camera effects - definitely, if Facebook's mask is used more than Snapchat's, you can bet they'll be touting that to studios far and wide, pushing them to forget Snapchat and use Facebook for such promotions instead.

Facebook also has the advantage of their Camera Effects Platform, which opens up the development of such effects to more users, outside of those in Facebook's own creative department. With that capacity, Facebook could further unseat Snapchat as the leader of such innovation, again, diminishing a key differentiator of the app.

It's only one part of Snapchat, of course, but with more than a third of Snapchat's daily active audience using Lenses every day, it's a significant one, and if Facebook can provide better Lens-like tools, that'll also take away some of the 'need to share' value that's been key to Snapchat's growth (i.e. showing your friends the latest filter, which inspires them to download the app and try it).

It's only one Lens, only one Camera effect, but it's interesting to see the difference between the two. Don't think Facebook didn't approach this with that comparison in mind.