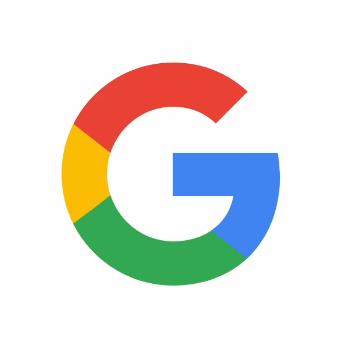 Google has announced that they're building ad blocking software into Google Chrome, a move that could have significant implications for the digital marketing industry.

Via the official Google blog, the company's Senior Vice President of Ads and Commerce, Sridhar Ramaswamy announced that:

"We plan to have Chrome stop showing ads (including those owned or served by Google) on websites that are not compliant with the Better Ads Standards starting in early 2018."

Chrome is currently the dominant desktop web browser, with around 41.6% market share, and while mobile usage is on the rise, the use of ad blocking is significantly more prominent on desktop (18% vs 1% on mobile, according to the latest Mary Meeker Internet Trends report). Google's hoping that by addressing user concerns on desktop, they can avoid the rise of ad blockers on mobile devices, while also maintaining more control over the market they rely upon for their revenue.

In terms of which ads, specifically, will be penalized, Google's referring to research conducted by the Coalition for Better Ads, of which they, themselves, are a founding member.

"The vast majority of online content creators fund their work with advertising. That means they want the ads that run on their sites to be compelling, useful and engaging - ones that people actually want to see and interact with. But the reality is, it's far too common that people encounter annoying, intrusive ads on the web - like the kind that blare music unexpectedly, or force you to wait 10 seconds before you can see the content on the page. These frustrating experiences can lead some people to block all ads, taking a big toll on the content creators, journalists, web developers and videographers who depend on ads to fund their content creation."

Over the past few years, ad blocking has risen to become the spectre of doom for online marketing - while more and more people are spending more of their time online, ad blocking adoption is also rising.

According to research (and combining the above data on mobile and desktop usage), around 11% of all web users now use ad blocking in some form, a rate which has increased 30% year-on-year. And notably, ad blocker adoption rates are increasing steadily in some of the core global markets for the big tech giants.

That's obviously a huge concern for both Facebook and Google, who collectively capture around 77% of total digital ad spend, where both generate the vast majority of their income.

To counter this, Facebook has tried blocking ad blockers on their platform to ensure their ads are still shown, while Google's sought to penalize pages which provide poor ad experiences, like intrusive pop-ups, amongst various other efforts. Each of these initiatives has generated mixed results - but through their Chrome option, Google may have a more substantial measure to lean on, one which could help it better police ad quality and, in turn, reduce the adoption of ad blockers.

As noted, both Google and Facebook are members of The Coalition for Better Ads, which was founded last year in partnership with a group of leading international trade associations and companies involved in online media. The group's aim is, essentially, to combat the rise of ad blocking by pooling their knowledge and resources in an effort to develop and implement new global standards for online advertising to avoid annoying misuses of ad content.

According to Oliver von Wersch, Managing Director of Gruner+Jahr and a member of the Coalition:

"The breadth of this Coalition emphasizes our belief that a unified, industry-wide effort will drive the change consumers want."

This is the key impetus for the Coalition's existence, to formulate a plan to find out what's driving users to use ad blockers, then eliminating those experiences.

And they're already producing results - back in February, YouTube, which is owned by Google, announced that it would be removing unskippable, 30 second pre-roll ads, one of the more frustrating digital ad offerings. Just last month, Facebook announced that it's introducing a new measure within its algorithm to reduce the reach of content from sites which are loaded with intrusive ads. While neither of these announcements came as a direct result of the Coalition's formation, both are linked back to trends and ad content identified by the Coalition's research as problematic, leading to action.

Of course, giving Google control over which ads it will and won't show also gives them something of a market advantage - they could, for example, start blocking non-Google ads in order to boost the value of their own offerings. That's an element that regulatory bodies will no doubt be watching, but on balance, the overall impetus and aims for the Chrome blocker make sense, and should help deliver a better user experience.

In order to help brands prepare for the coming change, Google has also announced a new Ad Experience Report to help publishers understand how the Better Ads Standards apply to their own websites.

The tool provides screenshots and videos of annoying ad experiences Google's systems have identified as problematic, in order to make it easier for publishers to find and fix the issues.

Google's also adding a new initiative called 'Funding Choices' which will enable publishers to show a customized message to visitors who are using an ad blocker, inviting them to "either enable ads on their site, or pay for a pass that removes all ads on that site through the new Google Contributor".

It'll be interesting to see how those measures are adopted and whether they help improve the user experience.

Google's announcements underline that ad blockers are a serious concern for digital marketing, but also, that the major players have measures they can lean on to limit their use. Right now, at 11% adoption, ad blockers are a concern, but rather than neuter them entirely, Google and Facebook are looking at the underlying issues, the problems that lead to the use of blockers in the first place, which is a much more sustainable and productive approach.

And if they can get rid of those intrusive, over the top ads, the web will be a better place for it.

Google's Chrome ad blocker will be released 'early in 2018'. Funding Choices is now available to publishers in North America, U.K., Germany, Australia and New Zealand, and will be rolling out in other countries later this year.