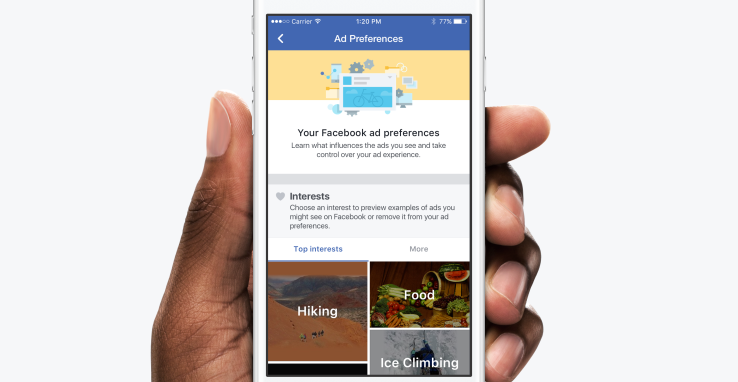 Ad blocking is one of the things that keeps online marketers up at night. Some say ad blocking will grow to become one of the key industry challenges - if it's not already - while others seem to believe that the impact of ad blocking will be lessened as the major platforms, who are reliant on ad revenue, change their code or restrict access by such apps.

But above all that, there's also something of a philosophical question at play - should advertisers be looking, or hoping, for ways to avoid ad blockers, or should they take the rise in ad blocking (the number of people using ad blockers grew 41% between 2014 and 2015) as a signal that users expect more from modern ads and that traditional disruptive techniques no longer work?

And then, if you adopt the latter stance and ad blocking grows, how do you improve when those people who were annoyed your ads no longer see your messages?

This is similar to the line Facebook's taking, that the online community, as a whole, is not benefited by ad blockers. As such, Facebook's changing their back-end HTML to bypass ad blockers completely - now, if you use an ad blocker on Facebook, it'll no longer have any effect.

Instead, Facebook's offering an updated Ad Preferences system to users to help them improve their on-platform experience and see more of the ads they are interested in.

Users have been able to access their Ad Preferences for some time, but as you can see from the video, Facebook's now making the process clearer, with additional options to help guide people on what their choices are. 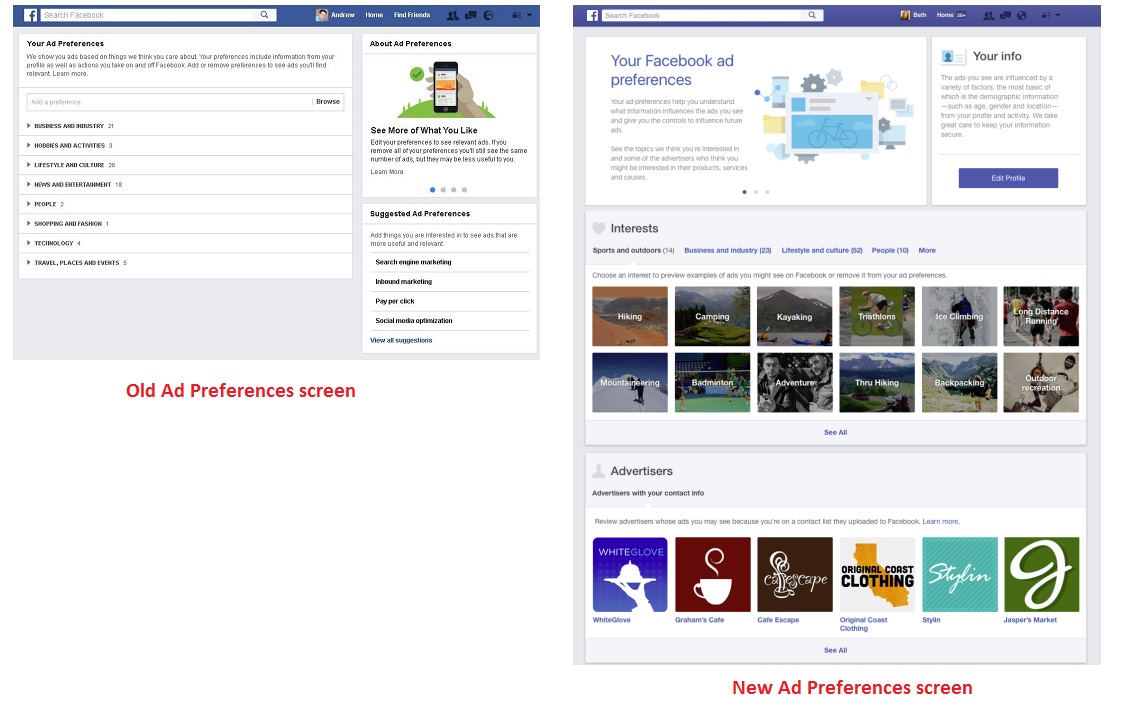 "We've designed our ad formats, ad performance and controls to address the underlying reasons people have turned to ad blocking software. When we asked people about why they used ad blocking software, the primary reason we heard was to stop annoying, disruptive ads. As we offer people more powerful controls, we'll also begin showing ads on Facebook desktop for people who currently use ad blocking software."

Bosworth notes desktop specifically here because ad blockers already don't work on Facebook's mobile app. As such, the revenue impact of ad blockers for Facebook, at least right now, is relatively minimal - the vast majority of Facebook users log in via mobile. But there is some impact, and by disabling ad blockers at a code level, Facebook's making it much more challenging for apps like AdBlock to stop their ad content.

And AdBlock's not impressed - the company's published an angry response to Facebook's move in a post titled "Oh well, looks like Facebook's just got all anti-user".

"...it's hard to imagine Facebook or the brands that are being advertised on its site getting any sort of value for their ad dollar here: publishers (like Facebook) alienate their audience and advertisers (the brands) allow their cherished brand name to be shoved down people's throats. Yikes."

AdBlock also labels it a 'cat and mouse game', which implies that they'll now try and work out how to detect ads within Facebook's updated code so its users can continue to use AdBlock on the site.

And their anger makes sense - AdBlock presents itself as a savior for the disgruntled masses who've had enough of ads, and their user numbers support such a claim (there are more than 198 million active ad block users around the world). But as noted by Bosworth, there are some provisos in ad blockers which don't necessarily align with that mission.

"Some ad blocking companies accept money in exchange for showing ads that they previously blocked - a practice that is at best confusing to people and that reduces the funding needed to support the journalism and other free services that we enjoy on the web. Facebook is one of those free services, and ads support our mission of giving people the power to share and making the world more open and connected. Rather than paying ad blocking companies to unblock the ads we show - as some of these companies have invited us to do in the past - we're putting control in people's hands with our updated ad preferences and our other advertising controls."

Essentially, Facebook's trying to work with its users to achieve the best balance, while supporting their core business and better serving their advertisers. AdBlock does the same, but in a more negative fashion - by blocking the ads first then inviting advertisers to apply to be on their 'Acceptable Ads' listing. It's the same aim, they just get to it differently - and this way, Facebook gets all the data input and can continue to serve ads to users across all variations of its platform.

In the coming weeks, Facebook users will see a new prompt in their News Feeds asking them to review their Ad Preferences as a means of highlighting the updated options and getting more people to refine and improve the ads they see. The new options enable users to remove topics or specific advertisers from their preferences list so they no longer need to see ads they don't want.

As always, removing all the preferences won't eliminate ads from your feed, it'll just make them less targeted to your interests.

It's an interesting step for Facebook - a small one, in the scheme of things, considering the relatively low revenue impact of desktop ads on revenue, but an important one nonetheless. And while it doesn't eliminate the threat of ad blockers to publisher revenues entirely, it does provide another compelling reason for advertisers to consider utilizing Facebook to reach their audience.

And if Facebook can get more people actively defining their ad preferences, that'll also improve their ad targeting, helping marketers reach the exact, desired audience who'll be most receptive to their brand messaging.