AI Creation Tools Will Change the Way We Create, Engage and Interact in 2023

AI tools are going to have a much bigger influence over many aspects of online communication in 2023, in good ways and bad. And while everyone’s excited to check out what they might look like in various art styles, and how generative systems can reduce their content creation workload, it is worth noting the various impacts, and how these tools can be of both benefit and detriment in your digital marketing efforts.

Maybe the most obvious usage of AI creation tools for marketing, as noted, is text-based content, with tools like ChatGPT potentially making it much easier to quickly create massive clusters of blog posts and web pages to help in your SEO efforts. 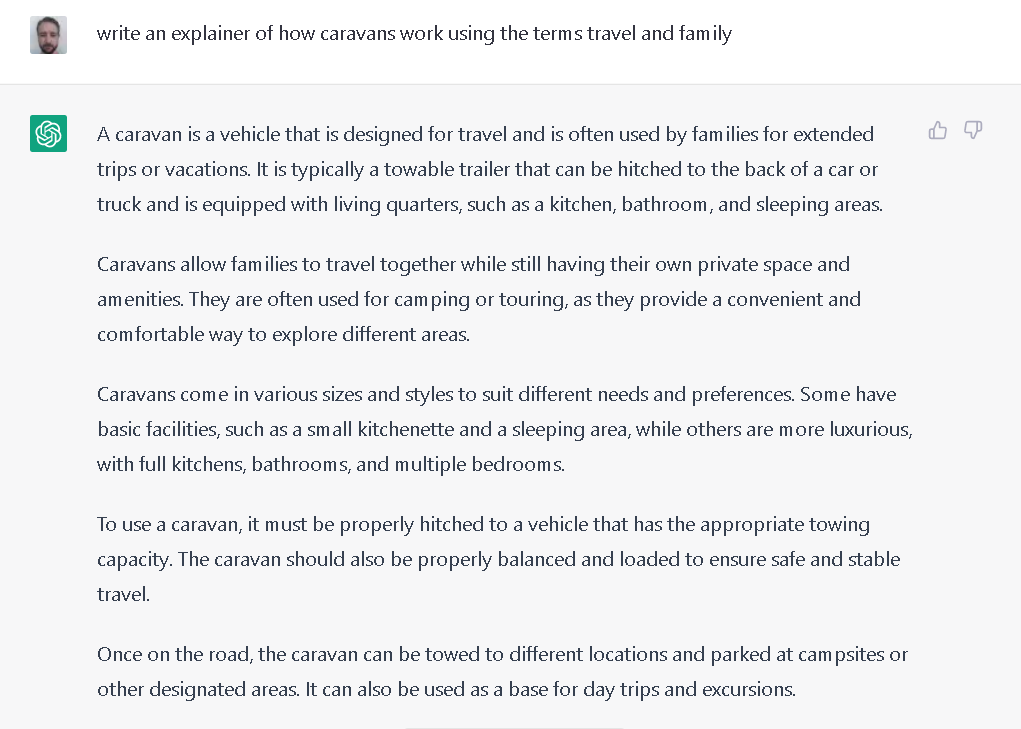 And it likely can help in this respect. The outputs of ChatGPT, and other text generation tools, are generally readable, competent summaries of a given subject, and with the right text inputs, they can be aligned to certain keywords that will help to ensure that your website meets what Google’s crawlers are seeking, in regards to relevant queries.

But you do need to consider a couple of things. For one, ‘competent’ and ‘good’ are not the same thing, and your visitors will notice.

In the example above, the writing here is fine, the language is functional - it does all the things that it needs to do. I can edit it a bit more to freshen it up, but at base, it’ll probably work.

I suspect that many, many websites will take this approach in future, and they’ll end up using generic overviews like this on their web pages. Which is likely not much worse than the current state of the web – I mean, these tools take in examples from across the current web, then repurpose the language into new presentations, so logically, it’s a very close replica of everything else online.

The end result, then, is that people – like, actual, real humans – will be less and less engaged by the generic, which could open up more opportunity for better copy to stand out, and make your brand more of a useful, helpful resource along the same lines.

Essentially, these tools can be useful for replicating what’s already out there, but if you want anything fresh or new, or even engaging, you’re probably better off creating your own.

But if SEO is your goal, and you want to cut down on time, then this could be an option.

In terms of legal use, you can use ChatGPT outputs, though the requirements do note that you have to make it clear that the content was created by AI, not a human, on the page.

“Due to the nature of machine learning, Output may not be unique across users and the Services may generate the same or similar output for OpenAI or a third party. For example, you may provide input to a model such as “What color is the sky?” and receive output such as “The sky is blue.” Other users may also ask similar questions and receive the same response. Responses that are requested by and generated for other users are not considered your Content.”

So, you could also end up copying someone else’s work, which, in itself, can lead to Google penalties for duplicate content.

You can probably get around this by conducting a search using the generated text, or using a tool like Copyscape, but essentially, if you’re putting your text output into the hands of a machine learning system, there could be some usage concerns – aside from pretty bland copy.

I’ve played with ChatGPT a bit, and I’ve tried it out with various article ideas and concepts. None of those outputs, on my reading, have been something that I would publish. The text is fine, it’s, again, functional. But when you’re training a system on billions of pages of bland text from the web, what it’ll ultimately produce, understandably, is going to also be bland, flat prose.

Basically, if you’re okay with your website being like every other web page, if you’re happy with the reading experience of brochures and blog posts, and if you think other brands in your niche have fine text elements, then this is probably fine to you too.

There are different purposes and approaches, but you can’t expect an AI system to give you engaging insight.

The other big AI tool usage is in visual creation, and getting tools like Dall E to produce your visuals for you, based on prompts. 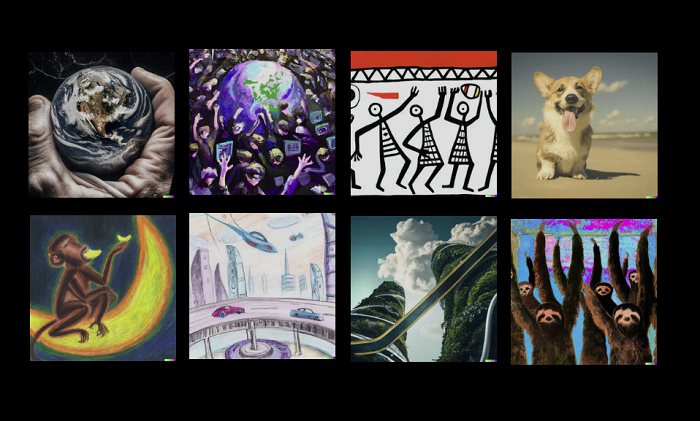 And again, it works. You enter what you want, and Dall E will generally come up with at least a few examples that will probably work for what you need.

But the same as text, it won’t be amazing, in general. Functional, yes, it will do the things, but also likely a little bit off, with frayed edges, weird text, strange eyes, etc.

Similar to text outputs, you can legally use image AI outputs for whatever you like, as any image that you create has technically never existed before you entered your text prompt. So, the copyright technically goes to the creator, and as it was your prompt that ‘created’ it, that’s you.

There’s a heap of ways in which this can be useful, and valuable, and many people are already using AI generated artwork to accompany their blog posts and content. It can be useful, but again, it’s literally generic – each images you get is based on a generalization of every other image that the system can find, based on your text prompts.

It depends on how you go about it, and what you want to use these visuals for, but similar to text, there can be duplication concerns (Dall E advises users not to create images of public figures, for example, to avoid misrepresentation concerns), while various legal cases are now being filed over the misappropriation of artists’ work (there’s currently no legal framework that truly covers this type of use).

But they can be valuable, in saving time and money, and it is worth at least checking out Dall E, and other visual creation tools, to see what they produce, based on your prompts.

This, at least in my opinion, is where things could get bland pretty quick.

This week, some new tools have emerged aligned with Twitter specifically, which can produce AI generated tweets and replies for your account/s.

Some are using ChatGPT, for example, to produce ‘thinkfluencer’ type tweets, and essentially automate their online persona - which seems problematic, in various ways. What if somebody actually wants to speak to you in person, based on your tweets, and you’re not who you’ve represented in these exchanges? What possible opportunities could arise from using automated tweets, which are not your original thoughts or ideas?

But worse than this, as you’ll note in the above example, such tools could also be used to create tweets complaining about a company.

How long will it be till bot armies are using these processes to attack competitors, at the behest of paying brands? Using generative AI, you could quickly come up with thousands of variations of credible, seemingly real complaints about a business, which could then influence public perception, and harm a brand’s reputation online.

That seems like a more effective, and less detectable approach than the current cut and paste messaging that many bot networks employ.

I suspect that this will become a bigger problem in 2023, as more brands realize the potential for trashing competitors via AI created tweets.

How you police that, I don’t know – especially given Twitter’s ongoing problems in dealing with bot accounts.

The latest AI generation tools on the market now also enable users to create 3D models based on simple prompts, which could have big implications for the next stage. 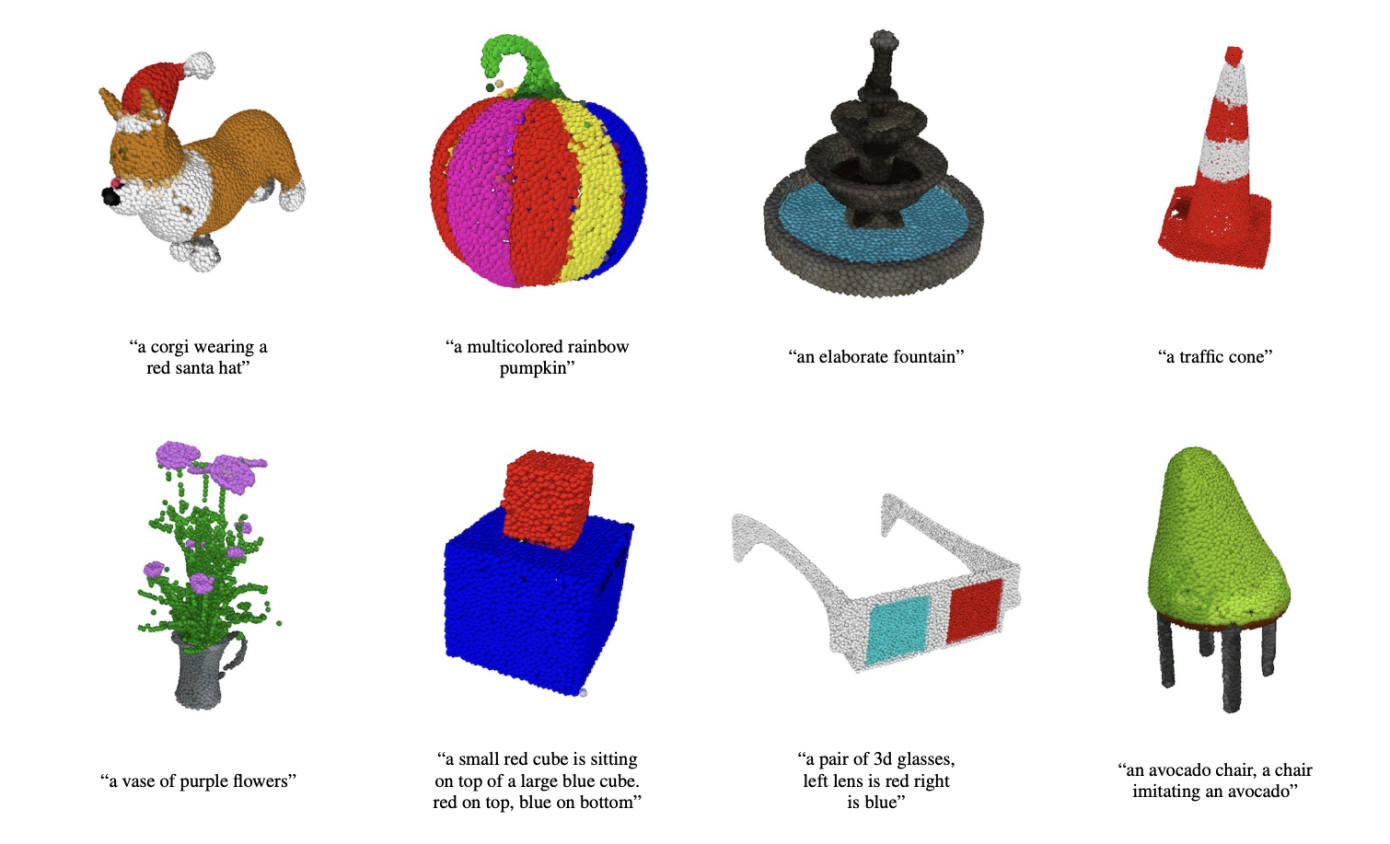 “OpenAI open sourced Point-E, a machine learning system that creates a 3D object given a text prompt, can produce 3D models in one to two minutes on a single Nvidia V100 GPU.”

The next stage of digital connection, be it in the metaverse, VR or AR environments, will all require 3D models, as a means to build the experience, and facilitate interaction in multi-dimensional spaces.

The challenge in this sense is that it requires development expertise and skill, it requires years of knowledge of 3D creation and rendering in order to build these objects and experiences.

Every platform with an interest in the next stage is now developing simplified 3D creation tools, with a particular focus on helping brands to scan in their products for AR/VR promotions.

What if AI could do that for you? What if, based on simple prompts, and maybe 2D image examples, AI tools could eventually help you build a corpus of 3D objects for such use?

There’s huge potential here, and it’s becoming increasingly possible to imagine a VR world where you would be able to build entirely new experiences before your eyes, based on simply vocalizing what you want to see.

It’s amazing to consider the potential, and how this could change the way we interact. And while the results of AI tools won’t always blow you away just yet, the fact that these processes are even possible at all is significant, and points to massive opportunities in future use.

AI tools are going to keep getting better, they’ll keep improving, which will lead to more use cases and potential over time. The only restriction, at least right now, is that they can only base their outputs on things that already exist - which means that they’ll always, by design, be at least somewhat generic.

But someday soon, that too will change, and AI tools will be able to create all new content and concepts, beyond what we already know.

Which seems a little scary, but it could also be the true ‘unlock’ that shifts these tools into entirely new territory.