A Brief History of Advertising on LinkedIn [Infographic]

It's hard to imagine LinkedIn being around back in 2003 - when 'Friends' was still one of the top-rating shows on TV.

But it was there - LinkedIn has been around for 16 years, and the platform's ad options were launched only two years later. That means that LinkedIn has been in the social ads game for a very long time, enough time to learn a thing or two about what works.

That's the focus of this new infographic - marking 14 years of LinkedIn ads, the platform has published a new graphic which outlines the various LinkedIn ad developments, which have ramped up significantly in recent times (since LinkedIn's acquisition by Microsoft).

"Since the first advertisements ran on LinkedIn in 2005, LinkedIn Marketing Solutions - the division that enables marketers to reach their audiences with targeted messaging at scale - has undergone remarkable changes. The infographic below demonstrates that the pace of change is only accelerating. Here’s a cross-section of some of the biggest changes we’ve made to help marketers produce more effective campaigns on LinkedIn."

If you haven't considered LinkedIn ads, they may be worth another look (you might need to pinch and zoom to read the specific detail). 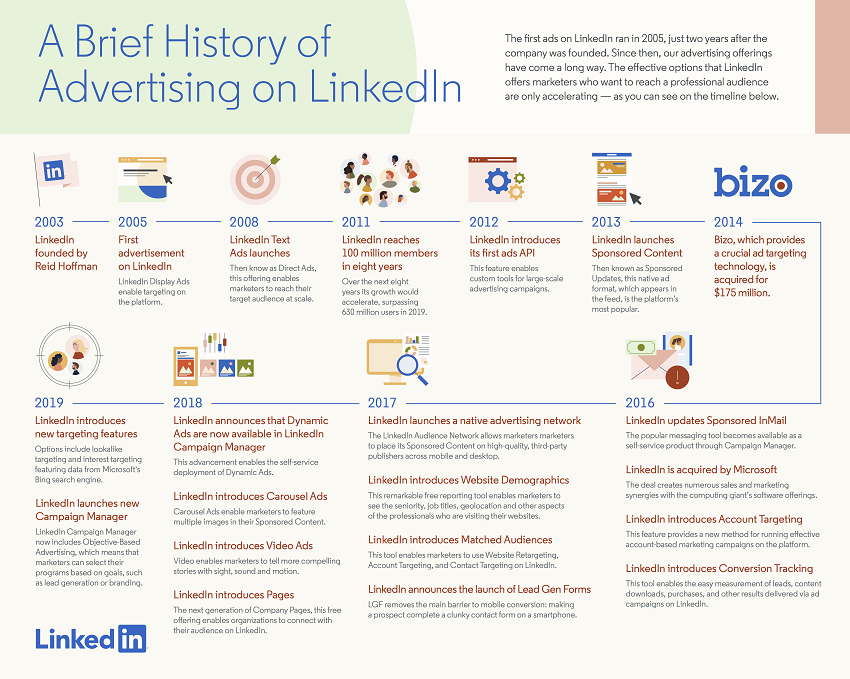