How have your online behaviors changed amid the various COVID-19 lockdowns?

No doubt you're spending more time reading news content online - in fact, according to comScore, the number of minutes spent by readers on news sites has increased by 46% on the same period last year. You're probably also spending more time in social apps - but are there any new behaviors that you've taken up in the last few weeks, like, maybe, Zoom hangouts or participating in more local groups?

It's interesting to note the various shifts, and to consider how these impacts will change people's behaviors in the longer term. Many workplace experts have already noted that the forced shift to working from home will likely alter the way businesses approach their operations, even after the pandemic, while the increased engagement in online groups could make them even more significant, connective elements, and valued tools for support and assistance.

Indeed, as reported by The Guardian this week:

"In the UK alone, Facebook has facilitated the formation of an estimated 300 local Coronavirus support groups, whose combined membership now totals more than a million people."

People are obviously looking for support and reassurance amid the pandemic, and the ongoing uncertainty around its impacts, and they're turning to online communities for this purpose. When you also consider the loss of social interaction, through, say, your local church group, your sporting teams, even just running into friends down at the local cafe. That loss of community connection leaves a significant gap, at a time when people need to feel connected the most - and as such, it's no surprise to see online communities filling this void, and becoming more active, essential virtual meeting spaces.

The interesting consideration stemming from this will be how such interaction extends, especially beyond this period. You would expect that the longer the crisis goes on, the more reliant people will become on such groups, and as that happens, that could lead to significant interactive shifts, moving more and more of our community engagement into digital realms, and further altering how people communicate, maybe forever.

Of course, Facebook, in particular, has been pushing groups usage for some time. Over a billion Facebook users are active members of groups already, and Facebook has been looking to build on this with new tools and features, and even a Super Bowl ad campaign aimed at highlighting the community benefits of its various niche groups.

Facebook clearly sees groups as a key element in its growth moving forward, and COVID-19 will only boost this. That could make groups an even more relevant consideration for users and businesses in future, as people become more accustomed to, and more reliant on, online communities for an increasing range of their social needs.

Another key shift amid the lockdowns is video interaction, and in particular, the rise of traditionally social, external events being streamed online. 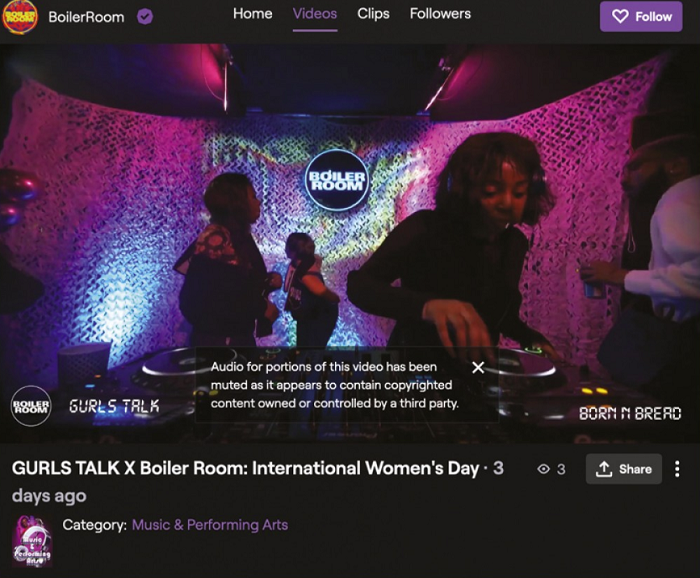 Part of this is now due to necessity - DJs, for example, who want to get feedback on their sets now have to stream, as all of their regular venues are currently closed. But as noted by DJ Mag, even before the current lockdowns were put into effect, more electronic musicians had been looking to platforms like Twitch to expand their presence.

This, according to DJ Mag, has particularly benefited lesser-known artists:

"By driving much of the growth of music as a category on Twitch, indie electronic musicians are turning the nature of celebrity and artistry on its head. Instead of cultivating a well-polished brand based on some form of mystique, Twitch native DJs are imbuing their creative processes with full transparency from the beginning, and are fostering real-time relationships with fans based on raw and unfiltered rather than overly calculated personalities."

Again, such shifts will be exacerbated by the current situation, which could lead to further behavioral shifts beyond this period, which could define the next generation of digital content consumption.

At the least, these trends are taking hold right now, and with many businesses still looking for ways to stay connected with their communities, and maximize their revenue potential, despite the restrictive conditions, this is important to note. The human impacts of the crisis remain paramount, but people still need to keep their businesses running as best they can - and we need to support them where possible in order to avoid more companies going under, and worse economic impacts.

Given this, it's worth noting the evolution of online engagement trends like this, and considering how they can be utilized in your own promotional efforts - or even just to get a better handle on how your communities are feeling, and what they're looking for, in order to tailor your offerings according to need.

The world that exists on the other end of the current pandemic, whenever that may be, will likely be very different from the one before it. In many ways, you would expect, and hope, that things will go back to normal, but it is worth noting the various trends and shifts like this, and considering what they might mean for digital consumption as we move ahead.