Clubhouse and is testing out a new way to encourage more direct social interaction on the app, with a new ‘Wave Bar’ at the top of your screen, which will display which of your connections are online at any given time, so you can send them a wave to let them know you’re up for a chat. 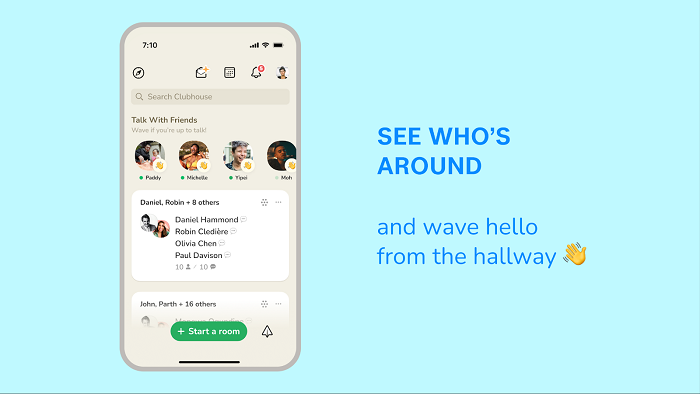 As you can see in this example, the Wave Bar looks kind of like a Stories feed, with each of your online connections displayed.

“Now, you can simply wave at friends and invite them to chat. Waves will now open social rooms instead of private rooms, so that friends of speakers can join the conversation and speakers can ping in friends. There’s also a new ping bar at the top of social rooms so you can ping friends in quickly.”

You also have the option to lock your chat if you prefer to keep it more private. 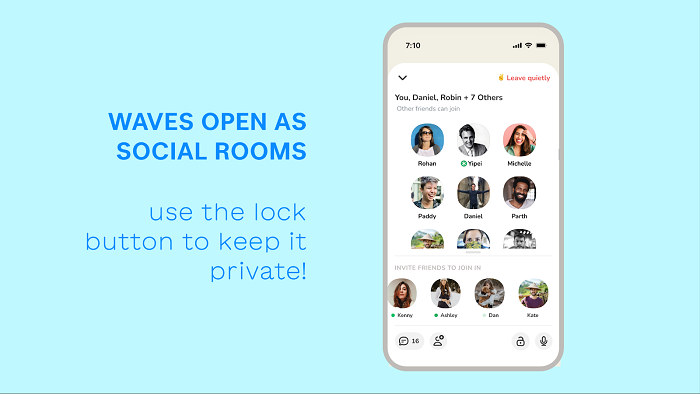 As noted, it’s another way to encourage more direct interaction in the app, as opposed to a more passive listening experience. And it seems like a fairly logical and beneficial option - though that is, of course, only if you’re still using Clubhouse in the first place.

And you would expect that the wave bar won’t be overly full for a lot of users, with the Clubhouse hype now dying out, with most either losing interest in the audio rooms process, or switching to Twitter Spaces instead. But then again, Clubhouse continues to add users, mostly in developing regions, and it may well serve an important connective purpose in nations where many languages are spoken, but there’s a disparity between those that can understand what they hear, but are not textually literate.

Within this, and other use cases, Clubhouse may have found a niche, despite no longer being the cool social app of the day.

The Wave Bar could further reinforce this, and help fuel the app’s ongoing growth.