Facebook has released its latest ‘Topics to Watch’ report, which highlights key subjects that are seeing significant increases in mention volume in interactions across The Social Network.

The monthly Topics to Watch reports can be a great way to stay ahead of the latest trends and shifts – according to Facebook’s research team, up to 80% of the topics they've identified in their monthly reports go on to become more significant movements. That means that if there's a subject relevant to your niche, you might just be able to get ahead of the curve, and capitalize on the rising attention.

So what's on the rise on Facebook this month?

First up is 'Cigar box guitar'. 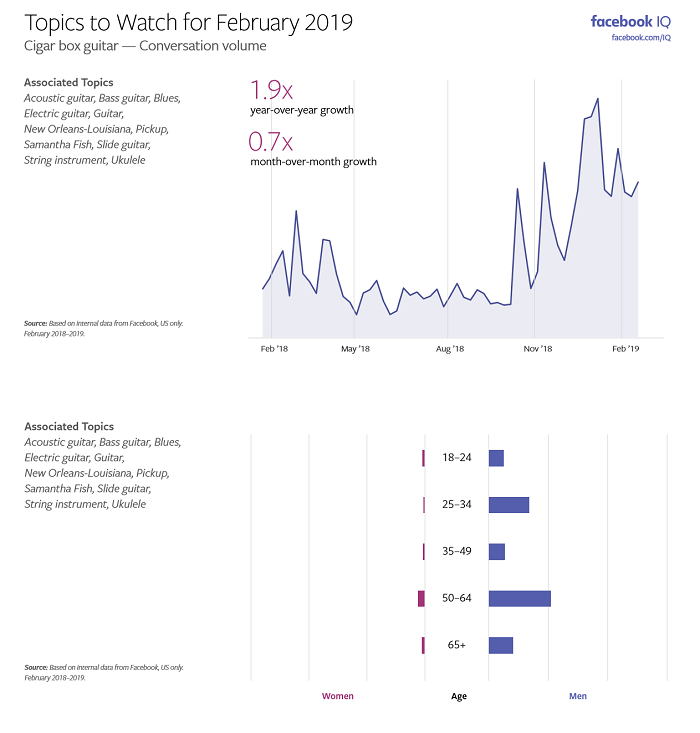 "Cigar box guitars date back to the American Civil War. Soldiers created guitars out of wooden cigar boxes and played these instruments at their campsites. Now, modern artisans are bringing these instruments back in style, repurposing old cigar containers and selling their handmade guitars online."

Cigar box guitars have a unique sound, so it may be worth looking into the trend and playing music in-store, or for music and/or hardware retailers to consider highlighting the instrument.

Next up is 'Classic rock'. 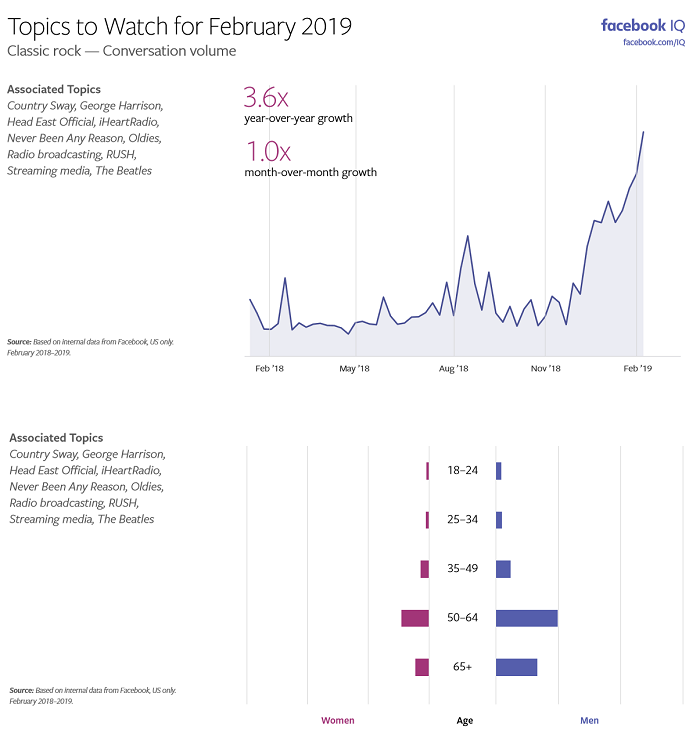 I mean, does classic rock ever go out of style completely? It's called 'classic' for a reason.

"As music streaming services become increasingly popular, people across demographics are discovering rock artists and tracks that played on the radio years ago. Additionally, new films are highlighting these rockers, depicting their life stories and featuring remastered versions of iconic tracks. Classic rock may be experiencing a revival, as people rediscover songs of generations past."

Indeed, films like 'Guardians of the Galaxy' and the new Netflix series 'The Umbrella Academy' use a lot of classic rock songs in their respective soundtracks, while films about Queen, Motley Crue and others are helping to bring the sounds of yesteryear back. Let's home the fashions of the time don't follow the same trend. 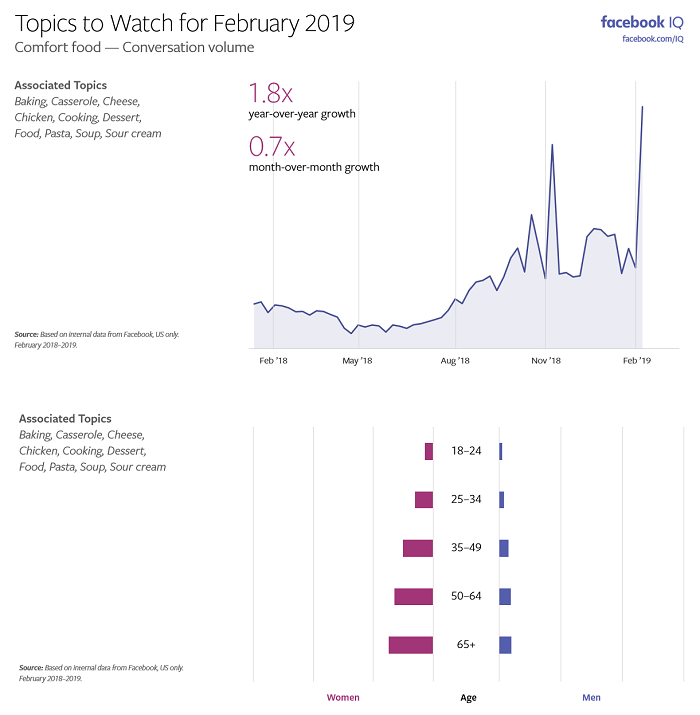 While comfort food never really goes out of style, Facebook notes that newer variations are mixing in different elements, and looking to healthier variations. It's another consideration for businesses in the food/hospitality sector, while it could also be a good topic of focus for recipe blogs. 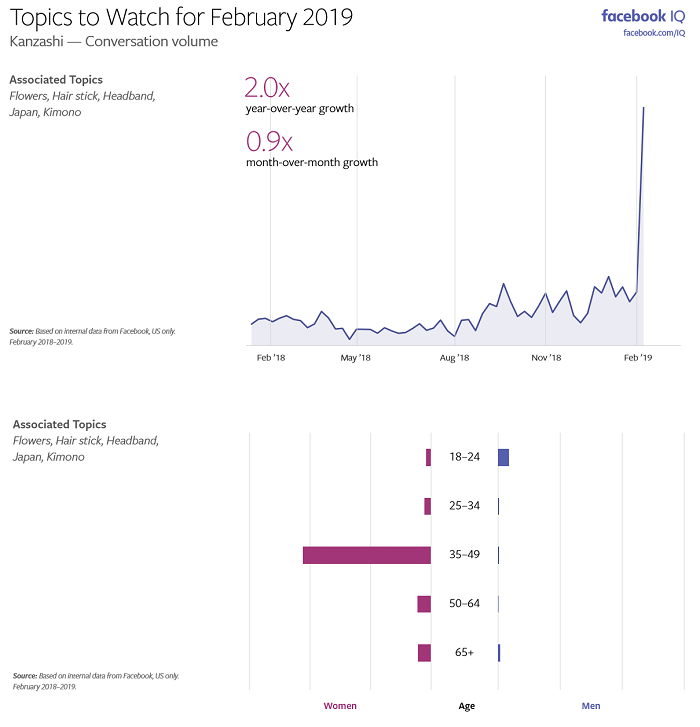 "Kanzashi are traditional Japanese hair accessories. They’re made from a range of materials, like cloth, metal and plastic, often crafted to resemble flowers. These accessories have been part of Japanese culture for generations and were traditionally worn with kimonos, but people are now wearing kanzashi more casually, and even adorning modern attire with these hair ornaments."

This could be a consideration for fashion and beauty brands, both for photo shoots and for style special offers. 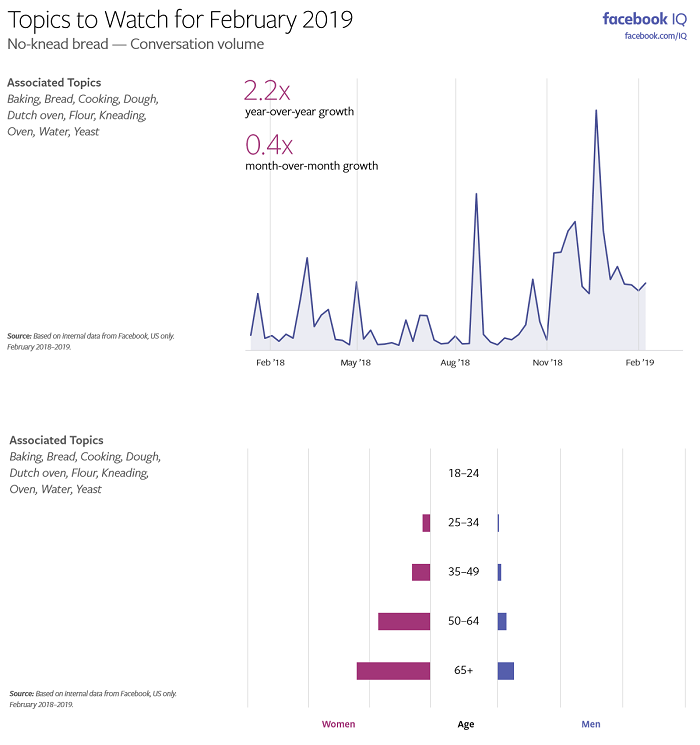 With bread-making in general on the rise, no-knead bread, which is traditionally cooked in a Dutch oven, is getting specific focus. No-knead bread is crunchy on the outside, but soft on the inside - it takes some skill to get it right, but its another project seeing increased discussion on the platform.

And the last topic gaining significant momentum on Facebook this month - 'Ribollita'. 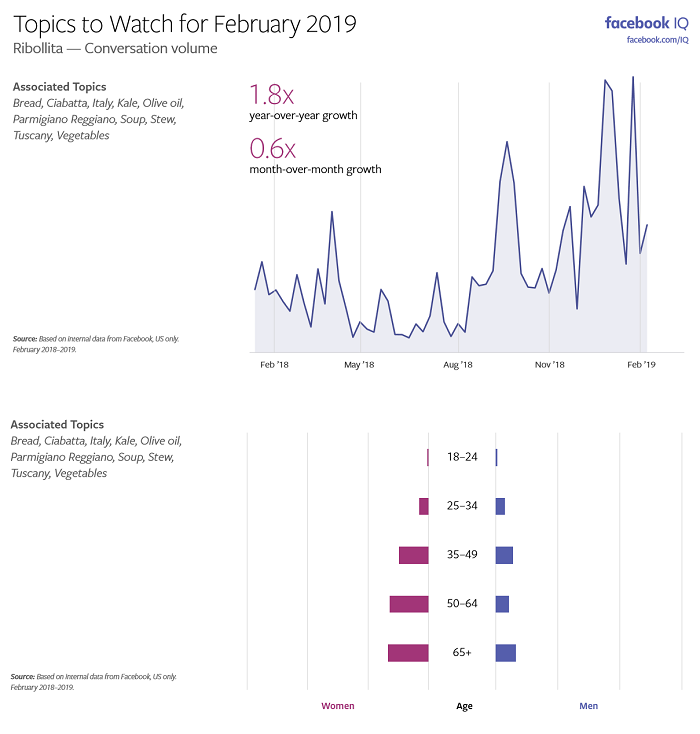 Another food-focused subject - Ribollita is "a hearty soup that hails from Tuscany". Ribollita uses leftover bread in its recipe, along with a range of vegetables, again tapping into the popularity of healthy eating.

As noted, Facebook's 'Topics to Watch' reports can be a great way to get ahead of the next big thing. The subjects identified are very specific, but there are plenty of opportunities there - if any of these relate to your business, they may well be worth further examination.