Facebook has announced that it will partner with Indonesian and Singaporean developers to establish two new subsea connectivity cables, which will provide improved internet connection capacity between these expanding Asia Pacific markets and North American servers.

"We are committed to bringing more people online to a faster internet. As part of this effort, we’re proud to announce that we have partnered with leading regional and global partners to build two new subsea cables - Echo and Bifrost - that will provide vital new connections between the Asia-Pacific region and North America. While these projects are still subject to regulatory approvals, when completed, these cables will deliver much-needed internet capacity, redundancy, and reliability."

The new cables will help bring more Asia Pacific residents online, while also facilitating the expansion of 5G connectivity. That will connect more people and businesses to better internet service, while it'll also help Facebook expand its operations in these emerging markets.

Both Singapore and Indonesia have become increasingly important to Facebook's growth plans of late.

While Facebook usage has slowed down, and even stalled in the North American market, Asia Pacific usage is still surging, enabling Facebook to keep growing, as it reaches into new regions. 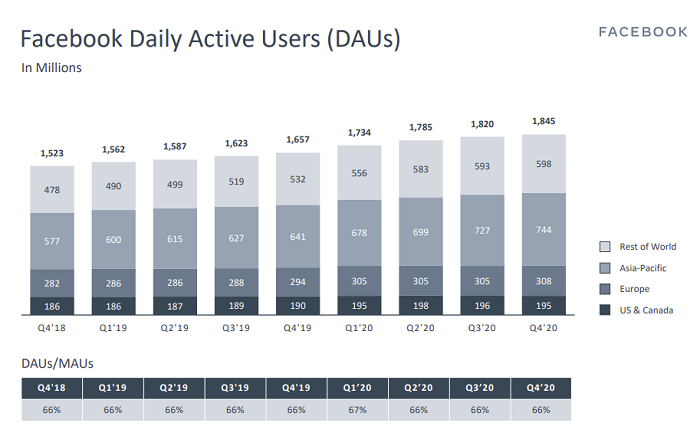 In fact, Indonesia is now Facebook's third-largest user market, trailing only India and the US. Indonesian Facebook usage has gone from 115 million actives in 2017 to 140 million today.

That underlines the breadth of Facebook's opportunity here - and much like India, Indonesia is still developing its digital eco-system, which provides Facebook with a perfect opportunity to become the key connective tool, providing new tools and processes to 275 million+ Indonesian citizens as they look to new avenues online.

If Facebook - via its main app, WhatsApp and/or Messenger - can become the essential app for conducting a broad range of daily activities in the region, while also establishing itself as a critical tool for local business, that could present major potential for the company.

It makes sense, then, that Facebook is looking to invest in these new subsea cable projects, which will reportedly increase overall transpacific capacity by 70%.

And that could also open up new opportunities for all brands in these emerging markets. By establishing better connection, and facilitating eCommerce transactions, Facebook could also become a key conduit for many types of cross-border transactions, opening up whole new potential trade routes and possibilities, particularly for SMBs.

It's a smart investment from Facebook, and along with the 2Africa subsea link, which will increase connectivity in the African region - which Facebook also invested $1 billion in last year - it could expand the company's market potential significantly, making it an even more important tool for businesses around the world.

In some ways, that's also a bet on Facebook's enduring popularity, as Facebook won't control connectivity via these new links. But given Facebook's market share in every region, it's safe to assume that the platform will keep adding users as it reaches into new areas.

Eventually, that could see Facebook further boost its usage, as it strives towards 3 billion total users.

The platform is already the largest single connective tool in history. How much bigger can Facebook get?

Projects like this will ensure that we find out.