Facebook is a Barely Tapped Goldmine for Direct Sales Marketing

With over two billion monthly active users spending over half an hour on the platform every day, the potential for Facebook to be a direct sales powerhouse can’t be ignored. Unfortunately, actually implementing a direct sales campaign on Facebook is more challenging.

You would think that Facebook would be driving the bulk of online direct sales - after all, it is the world’s largest social media platform. Unfortunately, the reality is more complicated.

The numbers show that Facebook’s future as a staple of eCommerce marketing is strong.

According to a 2017 study from Square, in partnership with BigCommerce, one out of every four merchants already sell through Facebook, while 30% of consumers say they’d be likely to make purchases from a social network.

Facebook’s relevance in the social commerce space is also well-documented - in fact, Facebook referrals account for some two-thirds of all traffic that Shopify stores see. Given the rise of social media’s use for product discovery, consumers clearly aren’t shy when it comes to spending on products that they learn about on these channels.

But to say that Facebook’s track record in the realm of integrated, direct sale eCommerce has been shaky would be an understatement.

Although Facebook and “F-commerce” are indeed a major marketing focus of modern brands, much of Facebook’s positive ROI can be boiled down to their robust ad platform, rather than transactions within Facebook itself.

With high click-through rates and the ability to drill down to specific audiences, ads are often the catalyst for product sales via Facebook. 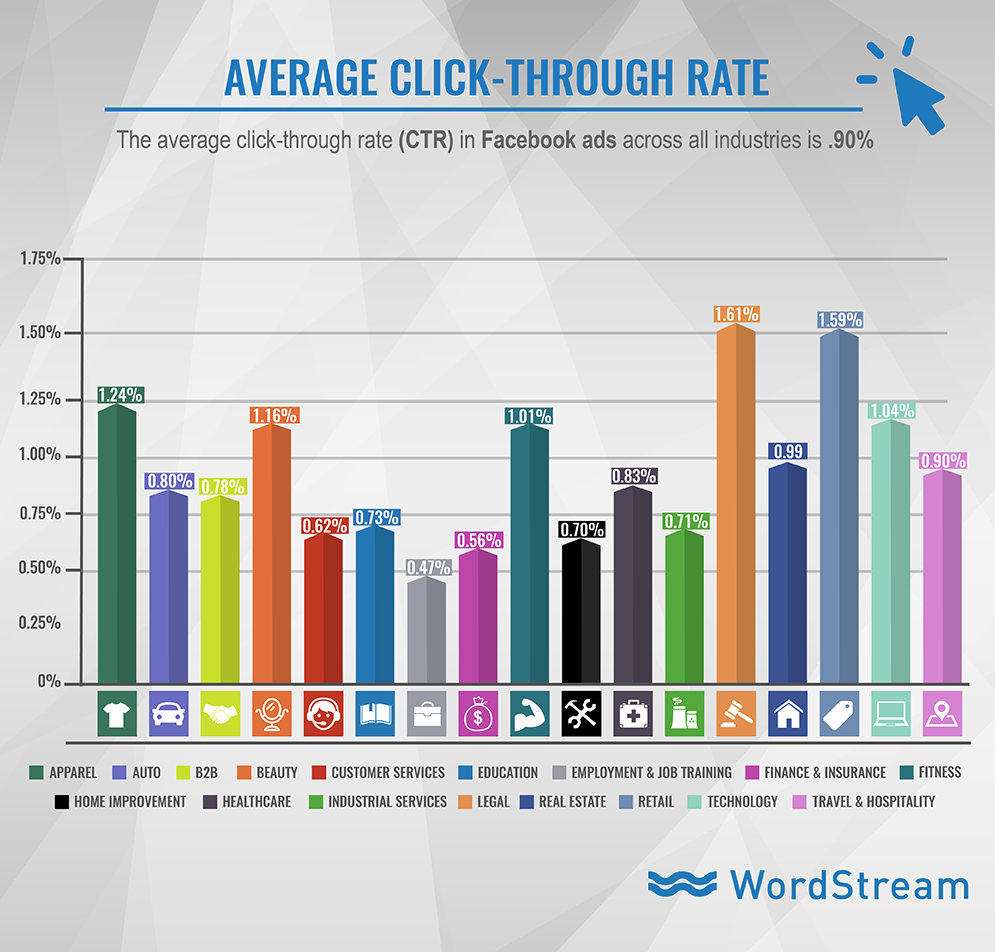 So, while merchants are indeed using Facebook to score customers through community building, as well as paid and organic referrals, one-on-one transactions within the platform are still a work in progress.

Competing with the likes of Amazon to become the next major marketplace is obviously no easy undertaking. Still, Facebook is clearly the best positioned company to deliver on these expectations.

To say that “everyone is on Facebook” isn’t much of an exaggeration. With users spending so much time on the network – and engaging with, and advocating for, brands already established as part of the routine – the stage seems set for merchants to start transacting.

Facebook’s strategic intention to become a bigger player in direct sales was clear in the midst of the company’s IPO in May 2012. This was signaled by the launch of the platform’s “Stores” feature, which enabled big brands and smaller businesses alike to sell directly to fans. 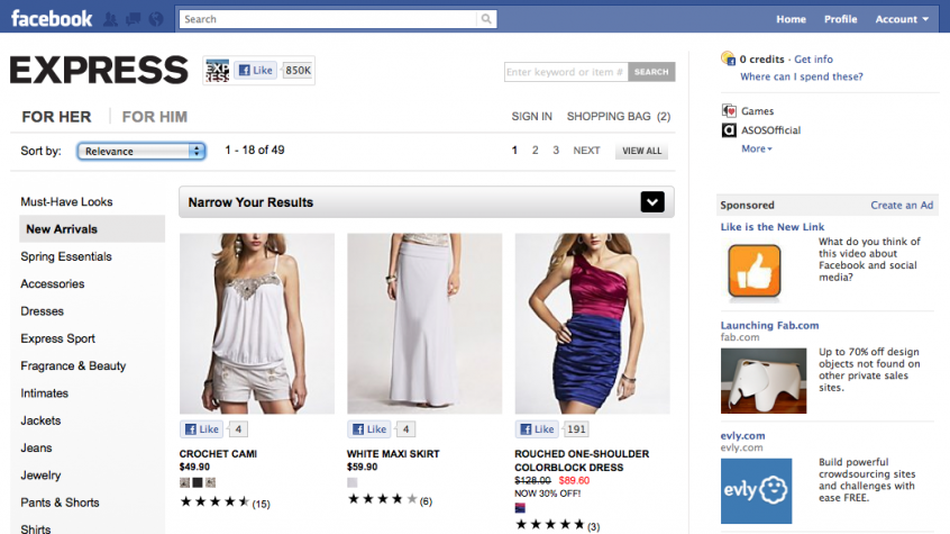 However, this experiment quickly crashed and burned. As noted in a Bloomberg piece from that year, massive retailers such as Gamestop and Gap gave up on their storefronts after mere months, despite having already amassed millions of followers to market to. Brands cited abysmal ROI, although many noted that Facebook remained an effective place for them to communicate offers.

Five years ago, the consensus seemed to be that people don’t flock to Facebook to buy, but rather to converse, share and occasionally recommend products. Businesses saw success nurturing audiences without a problem, but transacting just wasn’t quite there yet.

Fast forward to 2016, when all eyes were on the emergence of eCommerce chatbots. Through Facebook’s Messenger app and platform - merchants were dying to see whether or not bots could be a game-changer for driving direct sales.

With the ability to reach customers 24/7 and “learn” their purchasing behavior, there's certainly promise. 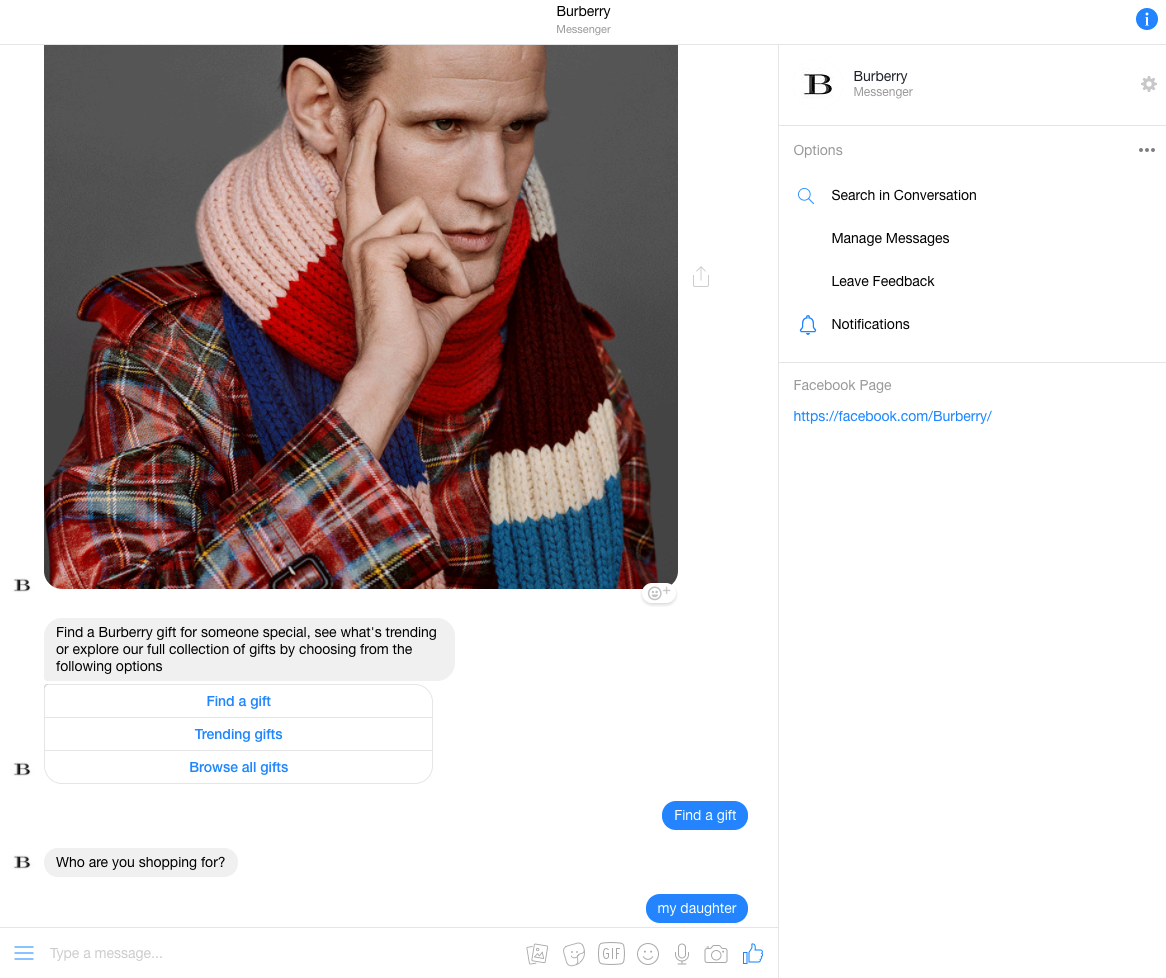 Yet the focus for chatbots so far has been payments and ads rather than transactions. This is supported by the fact that Facebook’s revenues from transaction payments are down in lieu of ad dollars. Recode recently analyzed the platform’s reported income from various channels and noted that payments have been declining for two consecutive years, from nearly $1 billion in 2014 to just over $750 million in 2016. 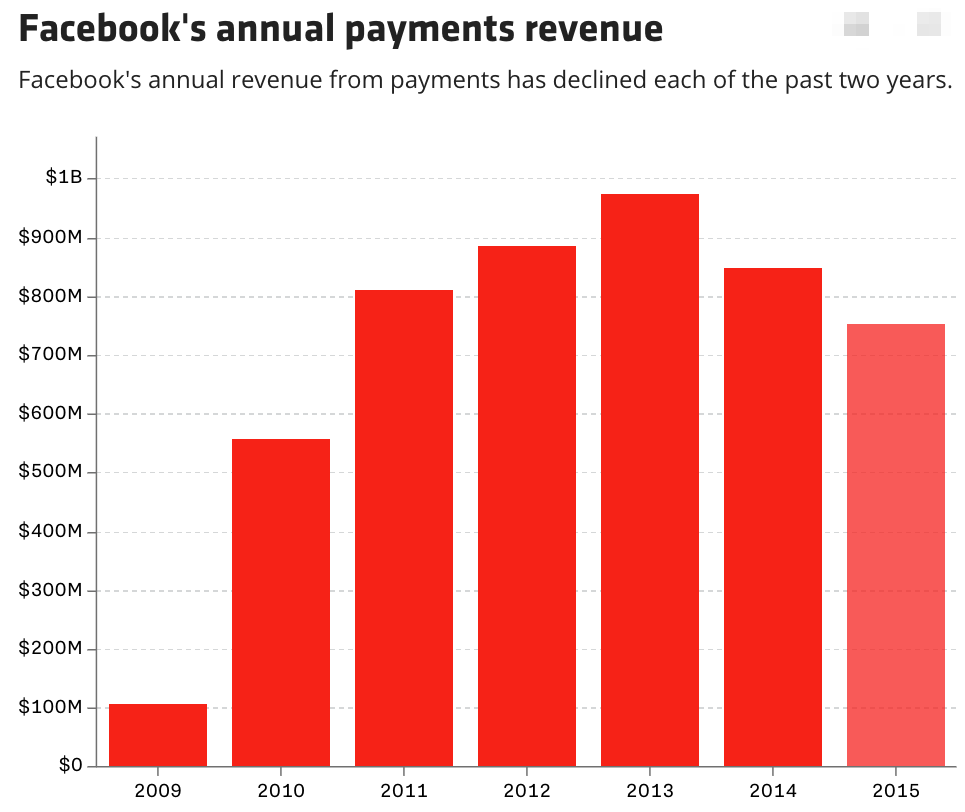 “We’re not going to take cuts of payments,” said Facebook VP of messaging products David Marcus in regards to Messenger Bots. “The one thing we traditionally do, and is a decent business for us, is advertising. So we’ll continue focusing on that.”

On the surface, it seems as if Facebook has everything they need to become a direct sales powerhouse - an endless stream of active users that are willing to spend, a powerful ad platform, merchants eager to sell, the infrastructure required to process transactions.

With the recent introduction and emphasis on the Facebook Marketplace, it appears that platform is taking steps to bounce back from their previous missteps. Not a true reincarnation of Facebook’s previous attempts at eCommerce, Marketplace is closer to the likes of Craigslist or eBay. Here, users can list products and conduct transactions through the platform, which is peer-to-peer only.

In other words, merchants are locked out, at least for now.

Between an expansion into Europe and the announcement that former VP of Platform Deborah Liu will be focusing exclusively on Marketplace, Facebook seems to be betting on a hit in the near future.

And while the platform acknowledges that ads are its strength, its possible that this second coming of storefronts will represent a foot in the door for direct sales growth and diversification. Regardless, merchants will be eager to see how Marketplace changes, and whether it or not it sticks to a classified ad-style selling experience for users.

(Note: they're already trialing a new direct partnership with eBay for Marketplace, hinting at future possibilities)

What Merchants Need to Know About Selling on Facebook in 2018

Facebook’s past still leaves a big question mark in the minds of merchants. As in, what’s next?

In response to the rise of social commerce and mobile shoppers, it’s crucial to tap into the power of Facebook and its ad platform. Rather than playing a game of “wait and see” with Marketplace, merchants should consider how they can create their own social-integrated shopping experiences, so they can reach buyers within Facebook now.

Ecwid notes that merchants who sell through their platform drive 15% of their sales from Facebook. Between social commerce and mobile shoppers alone, the need for merchants to diversify their direct sales strategy is clear. Through Facebook, merchants can reduce friction by supporting transactions where just about every target audience already resides. 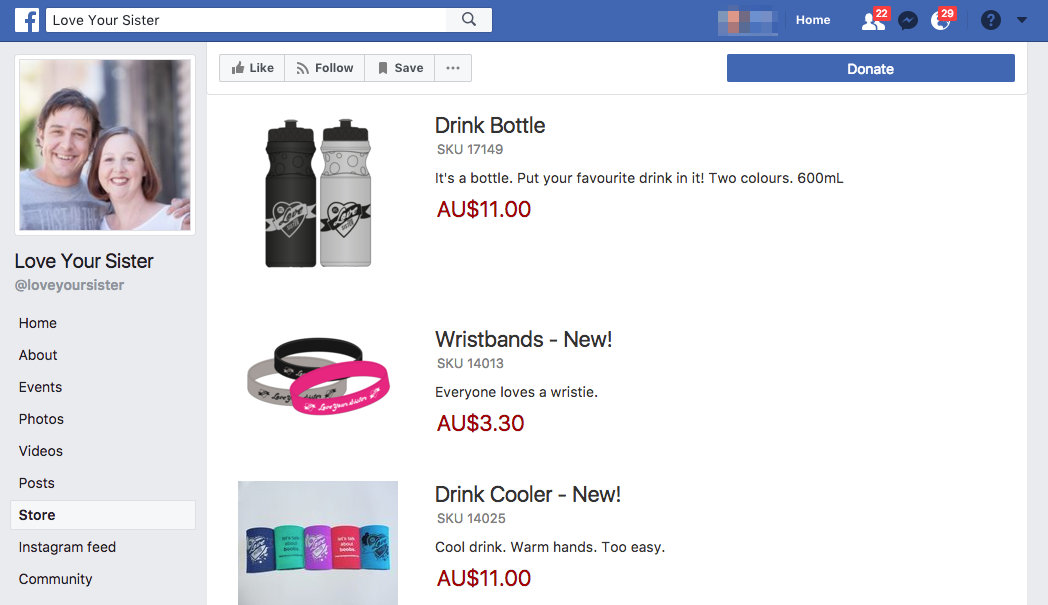 Merchants simply have to make the purchasing process as straightforward as possible. By running ads that lead shoppers directly to your own Facebook storefront, you can create a streamlined shopping experience.

Other third-party solutions such as BigCommerce’s Facebook Store likewise provide merchants with a direct line to users - these same audience members are seeking out products and recommendations via social media rather than native storefronts. Through Facebook ads, merchants can funnel followers and prospects directly to product pages, as not to interrupt the user experience. 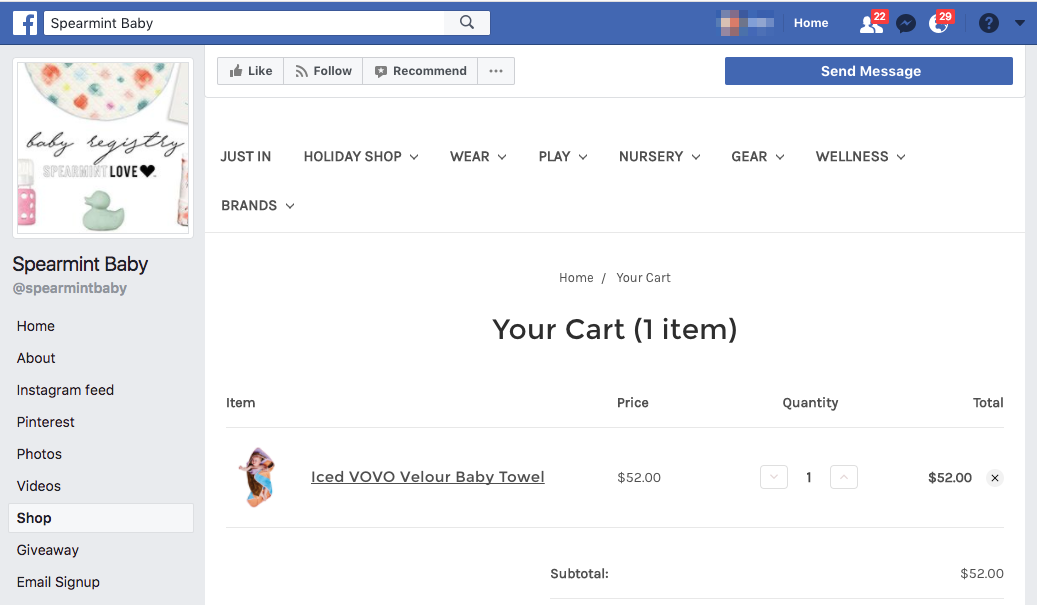 BigCommerce’s solution marries the strength of Facebook’s ad platform with a native storefront. Seamlessly taking customers from ads to product pages, and from there to checkout, third-party stores represent a prime option for merchants looking to leverage the power of Facebook.

The takeaway here? It’s not 2012 anymore. Facebook’s original eCommerce solution failed because it clashed with the user experience. Fast forward to present day, where social commerce is rising year-over-year, there’s a distinct window of opportunity for merchants, keen on adopting these types of solutions.

The writing's on the wall - Facebook's looking to beef up their direct sales game. All the while, merchants already have an awesome ad platform and the tools of the trade to score sales via Facebook already.

Despite the potential success of Marketplace and the continued evolution of Facebook ads, there’s no denying the opportunities for out there for merchants looking to experiment with new sales channels.