Millennials have long been the focus of marketing campaigns, especially in the digital realm, but Gen Z is about to come into more focus, giving businesses a whole new audience to meet with, and showcase their offerings too, in order to maximize their sales potential.

Indeed, according to Facebook, Gen Z - those aged 24 and under - is already estimated to influence some $143 billion in spending in the US alone. The next generation have grown up in a social media world, constant connectivity is part of their DNA. And they share some specific traits that marketers need to be aware of - which is what Facebook's latest research report is all about.

Examining some of the key trends, Facebook has published its "Getting to Know the ‘Me Is We’ Generation" report.

After looking through the data, based on its user insights, Facebook has outlined several key trends that marketers need to be aware of, and build into their campaigns to maximize their appeal to younger consumers. Here's a look at three of the key notes from Facebook's data.

"Gen Z often sees its diversity as an asset - this is the most diverse generation in US history - and its members like seeing representation beyond conventional constructs. In fact, 71% say they would like to see more diversity in advertising. Gen Z’s dedication to embracing all lifestyles influences how it expects to be represented in the media."

Facebook uses ASOS as an example of a brand aligning with this trend in its marketing efforts: 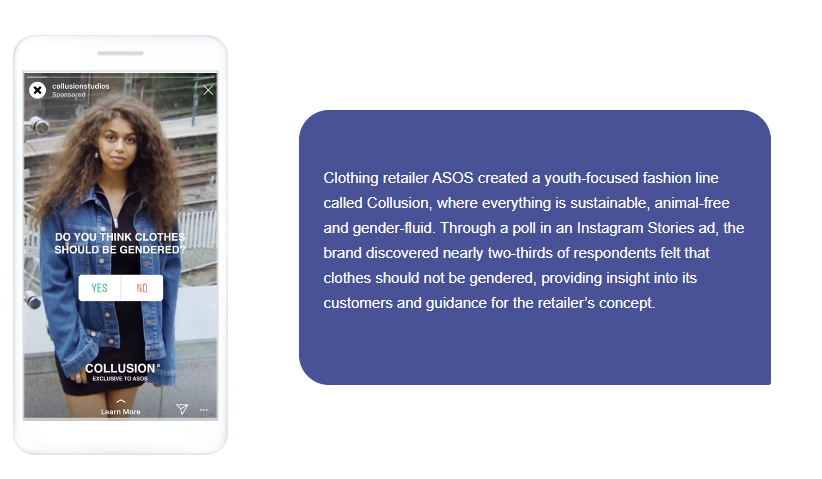 The insights show that traditional attitudes are changing, and if you want to connect with the next generation, your brand approach needs to shift with them. Considering inclusion and diversity within your approach could be a good way to link in with the broader trends.

Facebook also makes note of the rise in group communications, and how Gen Z consumers are open to brands participating in group discussions, so long as they offer value. 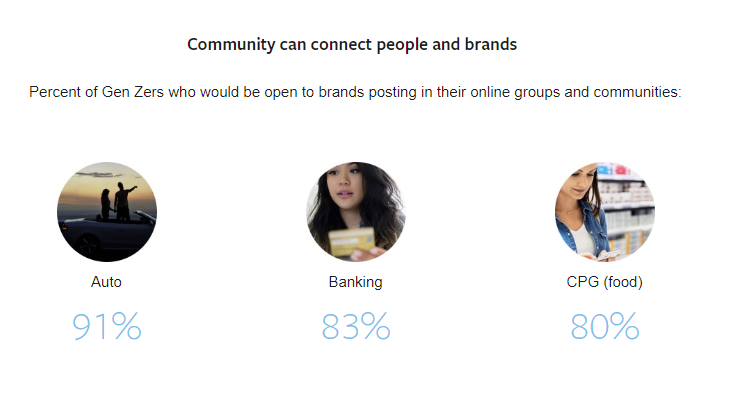 "While they prize their individuality, Gen Zers also crave the connections that communities create, which may explain why there are over 10M+ groups on Facebook, with 1.4B people using them every month."

Facebook has been pushing groups over the last couple of years, as more users become increasingly wary about posting everything out in public. On the above point specifically, Facebook added the ability for Pages to join groups, and post as that Page, last September, giving businesses a means to directly participate in group discussion.

This research suggests that brands could glean significant benefit from doing so - so long as they approach group discussion in a measured way, and not as a means to simply blast members with your latest offers.

"By offering Gen Zers things like exclusive experiences, behind-the-scenes content or opportunities for collaboration, you can connect with Gen Zers through the interests, passions and causes that drive them."

And the last key point of note is that Gen Z consumers seek to rally around causes that will benefit the greater good - and brands that do the same.

Various reports have documented the same, that the next generation of consumers are increasingly aware of how products are sourced, and where the companies that they purchase from stand on certain issues. Highlighting such could be a key factor in establishing stronger connection with younger consumers, while also better placing your business within such movements.

There's more information in Facebook's full report, which you can check out here. If you're looking to connect with younger consumers, it's well worth a read, and getting to understand the various elements that influence consumer action in this group.