Facebook Will Reportedly Launch its 'GlobalCoin' Cryptocurrency Next Year

New details have emerged on Facebook's planned cryptocurrency, with several outlets reporting that The Social Network is finalizing plans to launch its own 'GlobalCoin' option early in the new year.

As per BBC News:

"Facebook wants to create a digital currency that provides affordable and secure ways of making payments, regardless of whether users have a bank account. The social networking site, which owns WhatsApp and Instagram, is hoping to disrupt existing networks by breaking down financial barriers, competing with banks and reducing consumer costs."

Facebook's plan, seemingly, is to build its own transaction network which would facilitate funds transfers across borders, without the need for deals with local banks and/or financial regulators. That could enable Facebook to become a global marketplace, with users in all regions able to quickly and easily make safe, on-platform purchases - which could also extend beyond Facebook and into Messenger, WhatsApp, and importantly, Instagram.

Instagram, currently the fastest growing social media platform, is working to develop its own eCommerce ambitions, with new options like Shopping Tags, 'Checkout', a specific 'Shop' section in Explore, etc. 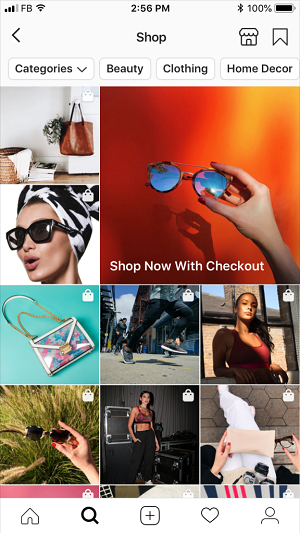 The addition of GlobalCoin could further all of these efforts, while also making Facebook a more crucial element in the lives of users by facilitating more essential tasks, like funds transfer, then bill payments, then shopping, and more.

That appears to be Facebook's strategy - back in March, Ted Livingston, the founder and CEO of another messaging platform, Kik, published a post on Medium in which he explained how Facebook's first step will likely focus on helping people who are working in foreign countries to send money to family back home via remittances.

As explained by Livingston:

"Every year people working in foreign countries send hundreds of billions of dollars home to family and friends. Today this process is slow, expensive and complicated, with an average fee of $14 to send just $200. If Facebook could offer people a way to send money home for free it would be a game changer for tens of millions of people."

The country which sees the most money sent home in this way is India, and WhatsApp is the most popular messaging app in that country.

And where does Facebook plan to start its initial experiments with payments?

As per Bloomberg last December:

"Facebook is working on making a cryptocurrency that will let users transfer money on its WhatsApp messaging app, focusing first on the remittances market in India"

According to Livingston, Facebook's following the same strategy path that Tencent - the owners of WeChat - used in China to transform WeChat into that nation's dominant payment platform.

WeChat is now used by more than 900 million Chinese people daily, and facilitates over $10 trillion in payments each year.

Livingston says that WeChat's playbook is to:

Facebook, Livingston says, will look to do this by focusing first on remittances, then adding more and more options for spending money within its apps. This could include bill payment options, food ordering, topping up phone minutes, etc. Then there's shopping on Instagram, purchasing via bots in Messenger - Facebook's longer term plans could open up a whole new digital eco-system, which would not only make Facebook a more essential utility for millions - if not billions - of users, but it could also transform the eCommerce landscape entirely.

There's still a lot to play out, of course, but all evidence points to this being Facebook's broader plan, which we'll likely see kick into action early in 2020.

Science fiction told us we'd have flying cars by this stage, but a new universal payments system may be what we have to settle with - though the impacts, in relative terms, could be just as significant.