Facebook's Daily Active Usage Has Stalled in the US - A Sign of Concern for The Social Network?

Last week, The Social Network posted its latest annual performance update, which showed that the platform added a total of 299 million more active users over the course of 2020. 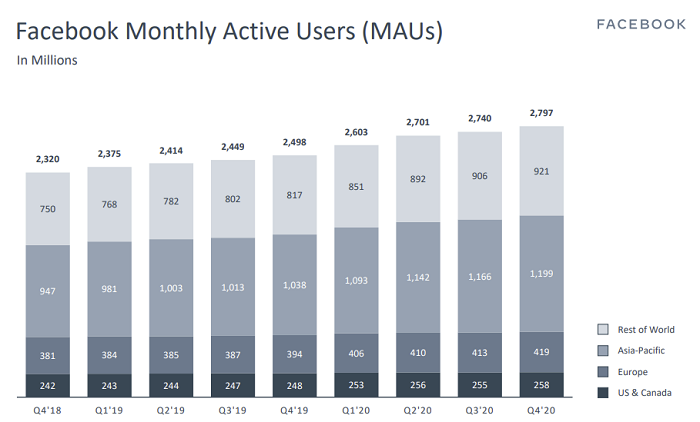 But within the various data points, there was a potentially more telling sign, which may point to future challenges for Zuckerberg’s social empire.

While Facebook continued to grow, and add more active users throughout the year, take a look at the Daily Active User stats for the US & Canada specifically.

While, overall, Facebook added 5 million DAU on 2019, it actually lost daily actives in the US throughout the year.

That’s despite a pandemic which shut down virtually all physical events, pushing more people towards social apps as a means of entertainment, and despite other apps, like TikTok, seeing massive user growth. Facebook also now reaches some 70% of the US population, so if anything, with more people seeking to maintain connection during COVID-19, you would expect to see Facebook’s daily usage increase.

But it didn’t. And that matters because North America is Facebook’s oldest market, which could mean that it’s a marker for what you can expect in other regions.

While Facebook, overall, continues to expand by adding users in developing markets, at some point, it will reach a peak, and it will plateau. And amid various controversies that have damaged the Facebook brand, that break point could be coming faster than many expected.

But does that really matter?

I mean, in terms of revenue, Facebook still has a lot of potential for expansion - Facebook’s average revenue per user was $53 in Q4 in the US market, well above any other region. 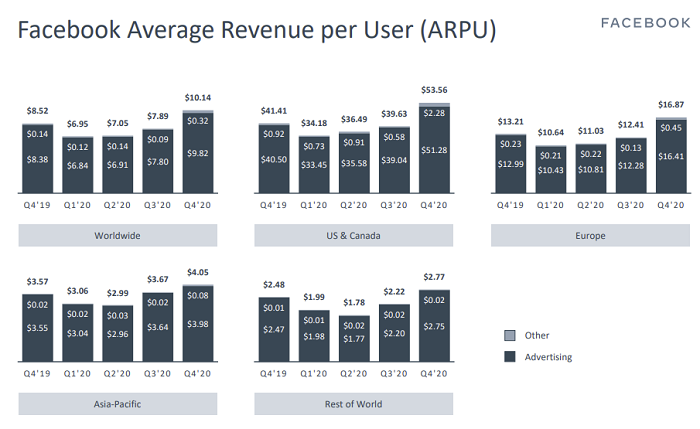 You can expect, then, that Facebook will continue to make billions into the foreseeable future, there’s seemingly no real risk to its business prospects. But the question for North American marketers will increasingly become: ‘Is Facebook the best focus for our campaigns?’

Right now, it arguably is, depending on your business specifics. But with daily active Facebook usage declining, it may be worth considering why that might be, and what that could mean for future usage trends.

See if this sounds familiar - these days, I still check in on Facebook because it’s where I’m most connected to my family and close friends, and I want to make sure that I’m aware of any significant announcements of updates they post. I log on, I scroll through the latest posts in my feed, then I switch back to Twitter, Instagram or Reddit, where I now spend considerably more time.

Replace these with your top apps of choice, and I’m guessing you’re largely the same - Facebook, while still useful, and still serving a purpose, is nowhere near as compelling a platform as it once was.

Facebook could refute this, of course. Facebook could, for example, share specific data on average time spent per user, which it had been doing, periodically, in the past. It last provided this stat back in 2014, when it reported that users were spending 40 minutes in the app, per day. In 2016, Facebook varied this slightly, reporting that "people around the world spend, on average, more than 50 minutes a day using Facebook, Instagram and Messenger". So, not Facebook-specific. It hasn’t posted an official update on this since, while various third party reports have indicated that this stat is in decline. 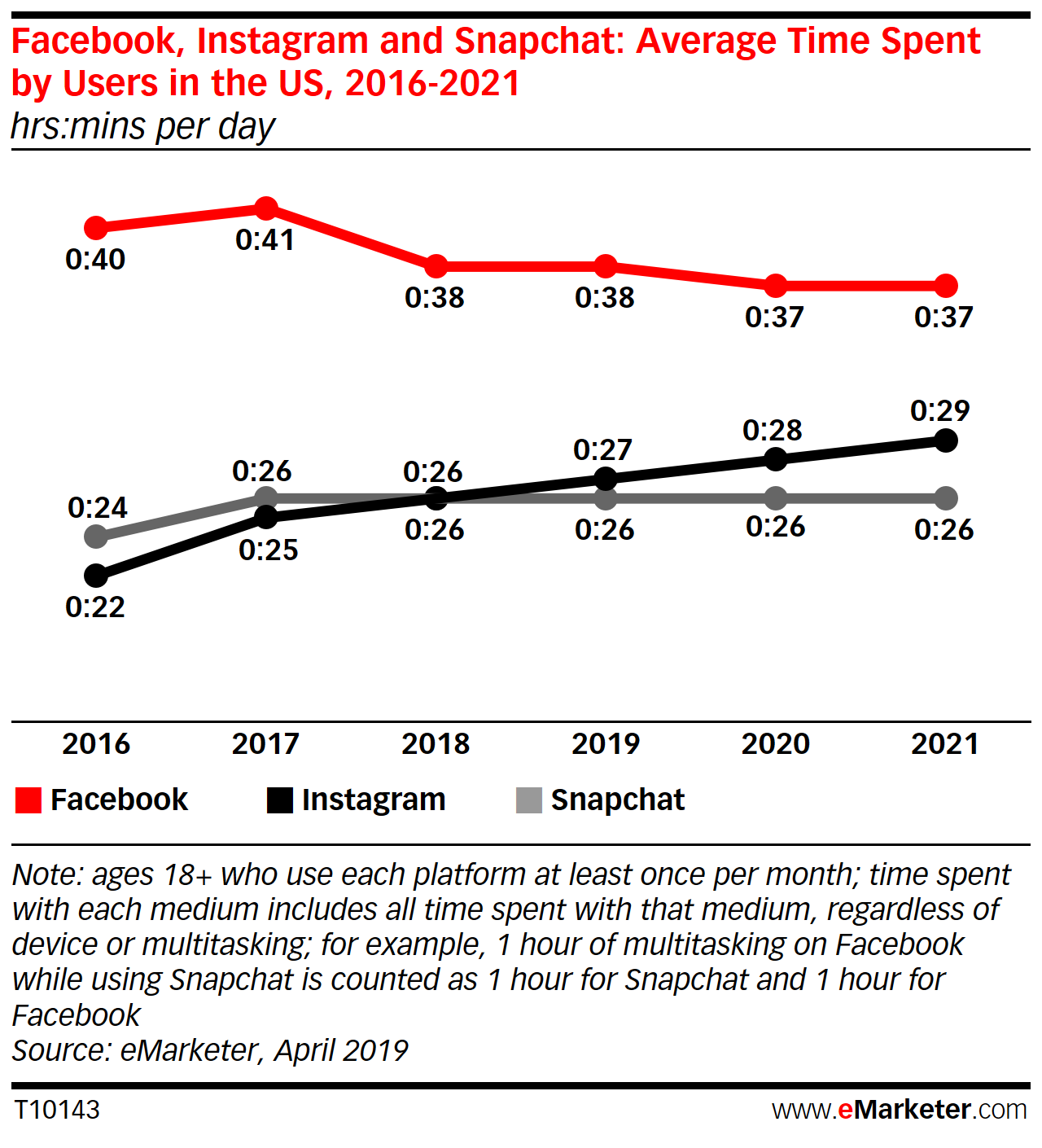 For some brands, that would already suggest that other platforms could provide better results, depending on your approach. TikTok, for example, is now, reportedly, seeing far more engaged usage and time spent than Facebook.

There are various considerations within this, but the data does seem to indicate that Facebook may well be in decline. Slowly, steadily. But it may not be the unbeatable social leader that it once was.

Facebook, of course, knows this. It’s already looking to branch into other areas like AR and VR as it eyes the next stage of digital connection, while it’s also working to build a messaging mega-network to facilitate a growing array of functions in developing markets.

That’s why the recent WhatsApp controversy shook the company so much - following an update to WhatsApp’s terms, millions of users began switching to alternate messaging platforms, which spooked Facebook to the point that it felt the need to take out a range of full-page newspaper ads reassuring people that their data was safe, before it shelved the planned update anyway.

The biggest impact here was in India, where it's estimated that around 10% of WhatsApp’s 400 million Indian users will end up switching away from the app as a result. That’s not a significant amount in the broader scheme, but those small audience segments can influence their friends and family, which could hurt Facebook’s broader plan to dominate the local market by making WhatsApp the critical tool for everyday connection - ala WeChat in China.

That might not be such a significant concern for Zuck and Co. if their main app was still on the rise. But evidently, it’s not, while the broader WhatsApp backlash also underlined the damage caused to Facebook’s brand as a result of various privacy and moderation controversies.

So while it’s not a terminal concern right now, it’s relevant to note Facebook’s flatline in the US market. Facebook, potentially, has peaked, and may now be on the way out, as younger users, in particular, look to other platforms.

It’s not a critical trend as yet, but it’s definitely one to watch in future reports, and to consider within your digital marketing approach.