This could cause some headaches for social media managers - Facebook's testing out a new image size option for link previews which would alter the presentation of content in the News Feed. 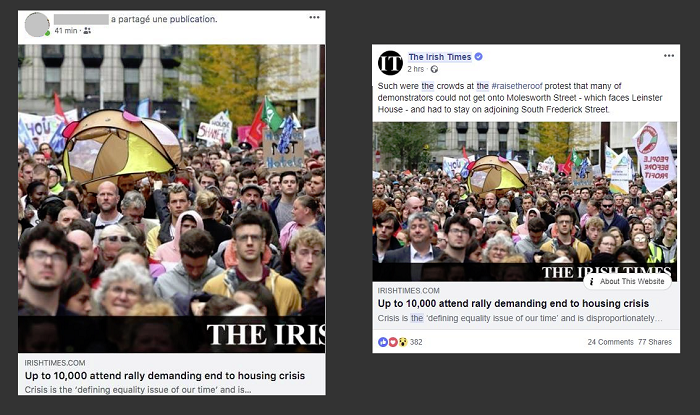 This example, provided by Alex Hudson in the UK (and shared by social media advisor Matt Navarra), shows how the new format (on the left) narrows down the preview image - which would be annoying for businesses that have customized their previews based on the current requirements.

Slovakian-based user Filip Struharik shared another example of the test in action: 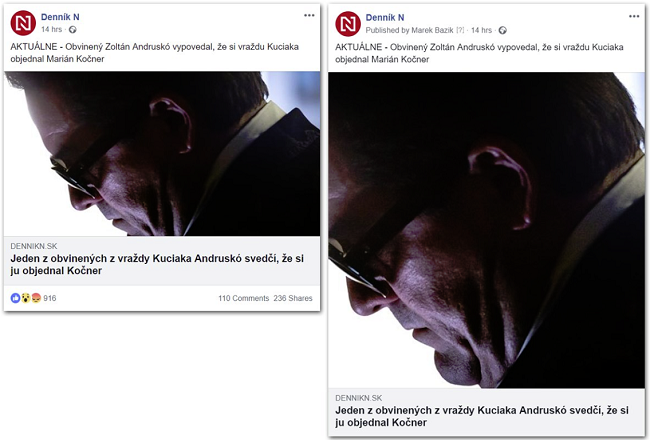 We asked Facebook about it, and they confirmed that this is part of a test with a "small percentage of users". The test, Facebook says, involves users seeing images in 1x1 format rather than landscape. At this stage, Facebook says it has no plans to roll it out more broadly.

If the test is successful, however, that could become an issue. Many businesses have established processes around how they format, specifically for Facebook, and while changes like this do occur pretty regularly, this is a significant one, and it would require a re-think.

It also cuts down the visual real estate businesses will have in the feed, another relevant consideration.

So why would Facebook do this? Some have suggested that it may be to better align News Feed posts with Instagram format, in order to encourage cross-posting. Right now, you can easily extend your Facebook ad campaigns to Instagram with the simple tick of a box in the ad set up process, but often those ads, created with Facebook in mind, look terrible on Instagram due to formatting differences.

By bringing both platforms more into line on this front, that could force a change in the creation process, which could, by extension, see more content posted to both Facebook and Instagram.

That obviously has positives and negatives. With Instagram on the rise, many brands want to get in on the action, and this would make it easier to do, but too many of them posting to Insta could cause an influx of content. Such process also moves away from Instagram's image-focused ethos - Instagram was originally a home for great photography, and the platform-specific limitations meant that users had to be more deliberate in what they posted, prompting them to think more specifically about Instagram presentation.

By making the posting format more universal, you'll also likely dilute the quality of the Instagram feed. And did I mention that it might be annoying for social media managers to have to re-adjust to a new format?

Regardless of concerns, the data will tell the tale - if users are okay with the format shift, the test will expand, and it could become a universal option. Maybe. As noted, Facebook has no plans to push ahead with the test as yet.

But it is something to consider - not only for the change itself, but as to where Facebook is looking to improve.