How Can Content Creators Protect Memes From Copyright Infringement?

If a tree falls in a forest and nobody is around, does it make a sound? We may never know, however if an existing online meme gets stolen and reposted on a popular social media parody account without credit everyone hears about it. Increasingly, content creators are hard at work to prevent that from happening to their memes.

This March, online content creator Elliot Tebele and his company Jerry Media were served with a copyright infringement lawsuit by Olorunfemi Coker for $150,000. Coker, a Twitter and Instagram user, alleged in the lawsuit that Tebele’s Instagram account F*ckJerry stole an original meme created and shared by Coker on his Twitter profile. 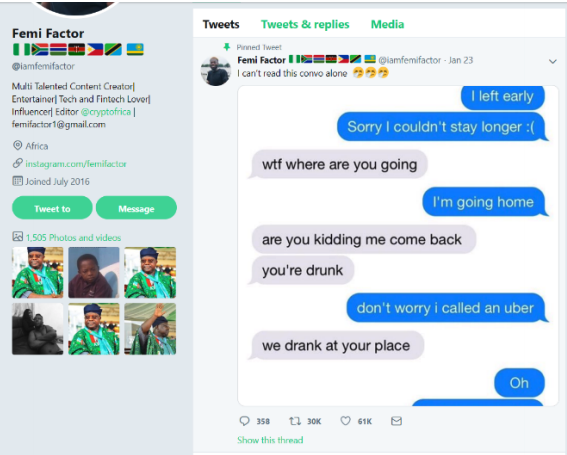 According to the complaint, Coker stated that a screenshot of his meme was posted on F*ckJerry’s Instagram handle and shared with its 14 million followers. The caption underneath the stolen meme advertised Tebele’s tequila brand, JAJA. Coker was not asked permission for use of the meme, nor was he paid or credited when it was shared on the page.

The case was dismissed on March 21st, two days after it had been filed. A statement released by Jerry Media’s counsel revealed that an internal investigation uncovered Coker was “not the original creator of the Subject Content described in the Complaint.”

The content has since been removed from F*ckJerry’s Instagram, but the backlash is far from over, conversations surrounding meme protection rising. So how can content creators best protect their memes from being stolen and shared without their consent, and what action does one take when another person claims to be your meme’s real creator? Does everything ultimately become fair theft game in the social media space once you publicly share it?

Let’s go back to the term 'copyright infringement' and take a look at what can be done to better protect the assets of these memes.

There are two very important things to know about copyright before one files to register their own. The first is an understanding of the definition, which is often confused with a trademark.

A copyright is an original work of authorship. According to the United States Copyright Office, these works may include the following:

Here, memes would fall into the “digital content” category.

The second important thing to know about copyright is that it’s a form of intellectual property which exists the moment it is created. As such, it's entirely possible that two minds can think of, and share, similar forms of original authorship at the same time. This is especially true if the content ties in with a trending online topic, like tweets about the Super Bowl for example.

What has to happen next - or as quickly as possible - is that the creator needs to register the copyright to avoid having the original works infringed upon by an outside party. Registering copyright will ensure that you have the rights to said creative work, however the official filing process is time-consuming process also requires payment of an application fee. Ultimately, content creators may have to decide whether or not their meme is worth going to that level of effort for, and make swift moves forward if so.

Create, And Brand, Your Own In-House Memes

Remember when the blurred photo of Mr. Krabs from the TV series SpongeBob Squarepants went viral a few years ago? 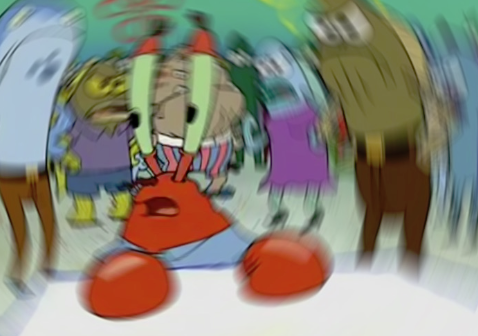 Everyone added their own captions to the photo, and a pop culture meme was born - so much so that there’s a meme generator for the image.

If somebody wanted to register copyright on this meme, they couldn't do it. It’s pretty obvious as to why not - the Mr. Krabs visual art is a drawing that most (read: basically all) social media users did not originally illustrate or animate on their own.

To that end, there are media companies working to create and brand their own original in-house memes. Digital brand Betches is another social media parody account with 6.5 million followers - it credits the original creators of memes posted on its Instagram page, and increasingly creates its own meme content, branded with its name somewhere in each post. This content runs on the company’s Twitter account, which gets a screenshot over on its Instagram.

Of course, it’s also still kind of a ‘luck of the draw’ situation as to what kinds of content will get the most traction. This screenshot about how long the college admissions scandal seems to be going on has pulled in close to 50k likes so far.

I miss the good ol’ days when your rich friend’s parents would just buy her a building at their alma mater. Who is Olivia Jade, the influencer at the center of this drama? Find out at link in bio. @betches_sup

Meanwhile, this post, lamenting about the many additional steps added to beauty routines at age 16 versus age 27, has reached 140k likes.

I’ll do a face mask, that’ll fix everything!

Regardless of the number of likes, these memes were created by their team, providing advertisers with the ability to sponsor said posts and caption them however they like.

Really Need to Use the Meme? Ask for Permission

If there's a meme going viral online and you know where it originated, reach out to the source directly. Introduce yourself and ask if you can use the meme in whatever platform you'd like to share it. Offer to credit the original poster, compensate them for their hard work, and even consider a partnership. If they want to pursue moving forward together in the discussion, great. If they decline, acknowledge it and thank them anyway.

Bottom line? If you truly must use the meme, it's best to ask for permission from the source first. There are still some legal gray areas in this area, but regulations are likely to change as memes become a more common part of our interactive process.