How to Increase Organic Traffic and Conversions from Twitter

I'm a big proponent of Twitter, even though I do tend to ridicule some of the platform's moves (limiting API? seriously?). recently, I've heard some suggest that the demographics of Twitter are shifting, which will eventually weaken the power of the platform, and while it is true that younger users are shifting to Snapchat and Instagram more and more, Twitter very much remains a force to be reckoned with.

Despite trends shifts and changes, Twitter still has more 335 million active users, and is well-used across demographic brackets. And while Twitter has never reached the levels that Facebook has been able to, there's no denying its impact on out communicative process, and its value in brand-to-consumer communication specifically.

No other platform is quite like it - and it presents a range of opportunities that businesses need to take note of.

Here's an overview of how and why of Twitter for brands to help inform your platform approach.

As noted, for anyone who thinks Twitter's losing its popularity, it's worth cross-checking the monthly usage stats.

Yes, Twitter's 335 million users is well behind Facebook's 2.2 billion - but really, every platform trails Facebook in this regard. Instagram has a billion active users, and has been greatly assisted by parent company Facebook's growth strategy. Snapchat has 188 million daily actives, Pinterest just recently reached 250 million MAU. By comparison to Facebook, Twitter may look small, but that may not be a fair scope for measurement, as it only tells part of the broader story.

There are some significant considerations there. Given this, generating more leads on Twitter is not only possible, but something all active brands should be striving to do as a primary goal within their social marketing strategy.

One of the key problems brands end up having with Twitter is that they think they're doing better than they actually are.

A common misconception is that the sheer number of followers (or following vs unfollowing metric) is key, but unfortunately, this metric is largely useless, because what really counts is how many people engage with your tweets, i.e. retweet (i,e, spread them further) and/or click your links.

For example, you can see your overall impressions on your tweets - let's say you average 500 retweets on most of them. Pretty good, right?

But remember, this isn't a post about building your social presence, here we're looking at generating leads. If you aren't getting clicks that take the user back to your site, you aren't getting those leads, and the potential conversions they could bring.

The most important metric on Twitter for this purpose is going to be your click-through rate. So keep that in mind.

There's a fine line between 'clickable' and 'clickbait'. You want to make your tweets irresistible, but if you veer off into "You won't believe your eyes" territory, people are going to disregard your account.

To help, here are two helpful resources of magic marketing words that have been proven to trigger action: 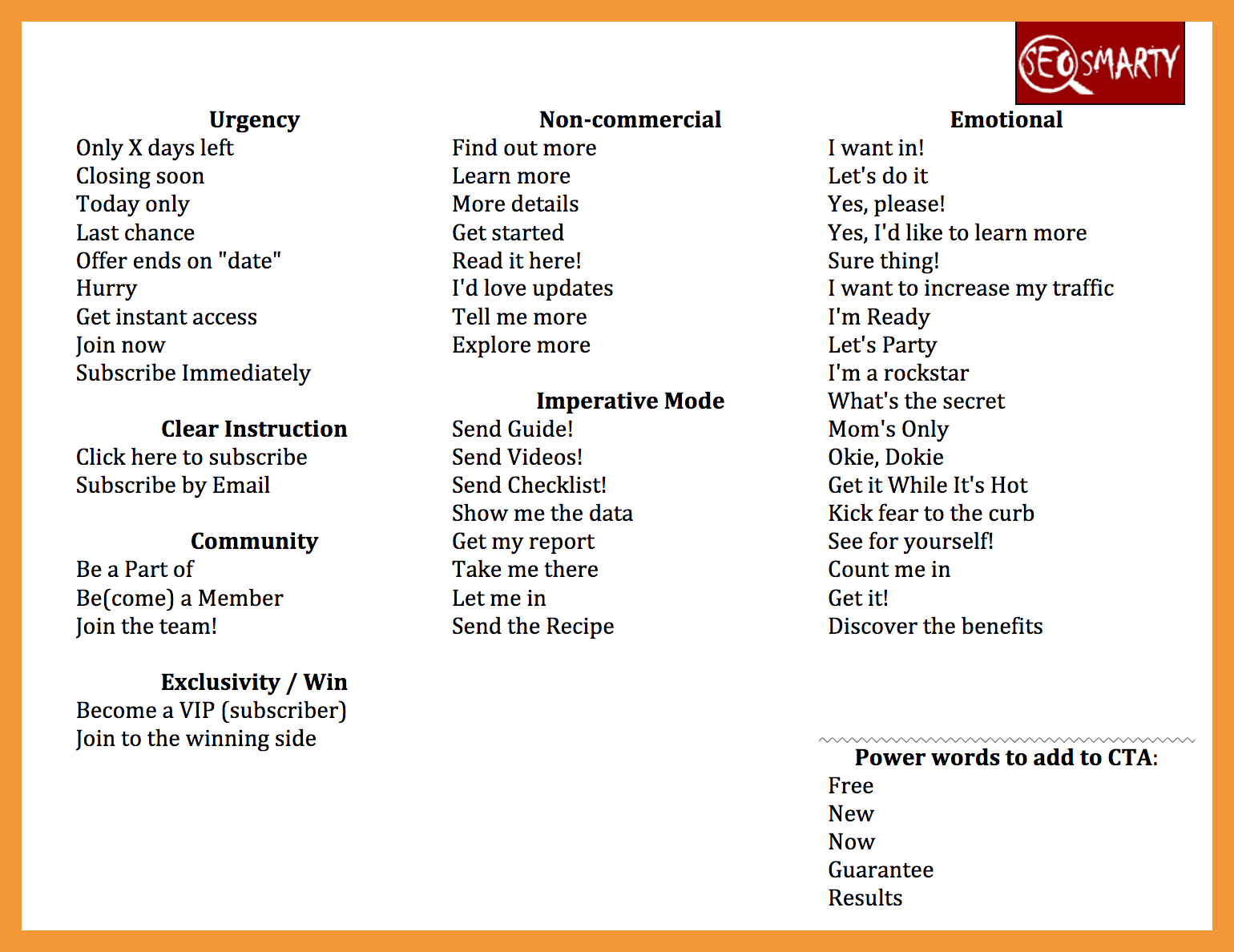 Another good idea is to run a quick research of a topic itself to create a structured mindmap of what it is that interests your audience most.

Serpstat's clustering feature is a great way to do this. In Serpstat, you can Import your keyword list and it'll break the words down based on how closely related they are. As a result you'll get a clearer picture of interesting points of discussion to build your social media editorial strategy around: 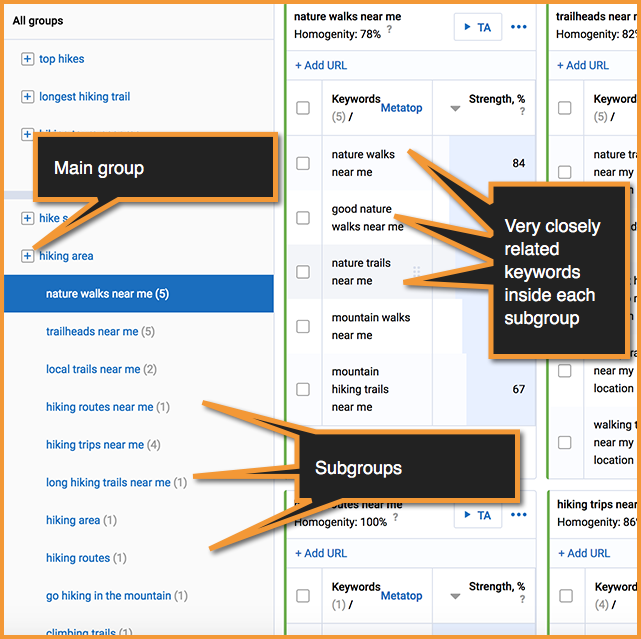 One of Twitter's greatest powers is its high concentration of influencers.

Thanks to the open nature of the platform, and how people interact via tweet, well-known names who are a brand unto themselves will often have an active presence on Twitter, making them perfect for partnerships.

Here, again, don't over-emphasize the number of followers any Twitter user has. Someone might have only 1000 followers, but that relatively small audience could be highly engaged, and reactive to their messaging. Another might have hundreds of thousands of followers, yet be a stranger to all of them. Which one would you choose?

Once you've chosen your target users, start out by getting their attention. Share their tweets, communicate and answer questions, speak to them one on one if you can. Don't just jump into trying to get them to do something for you - build a relationship, but stop trying if you see an influencer never engages back. You don't want fake influence, you want users who interact.

When you have their attention, you can then show them what you have to offer in return for their partnership, which will enable you to come to a mutually beneficial agreement.

One of the most effective ways to build connections on Twitter is to engage with people discussing your brand and your topic of expertize/focus. Set up your social media dashboard to collect relevant tweets, and make it a rule to engage at least weekly (but better daily) with those who ask questions or mention your brand.

For example, here's my Cyfe dashboard full of Twitter monitoring widgets, including tweets mentioning me personally, my brand, my major competitors, as well as some key areas I specialize in: 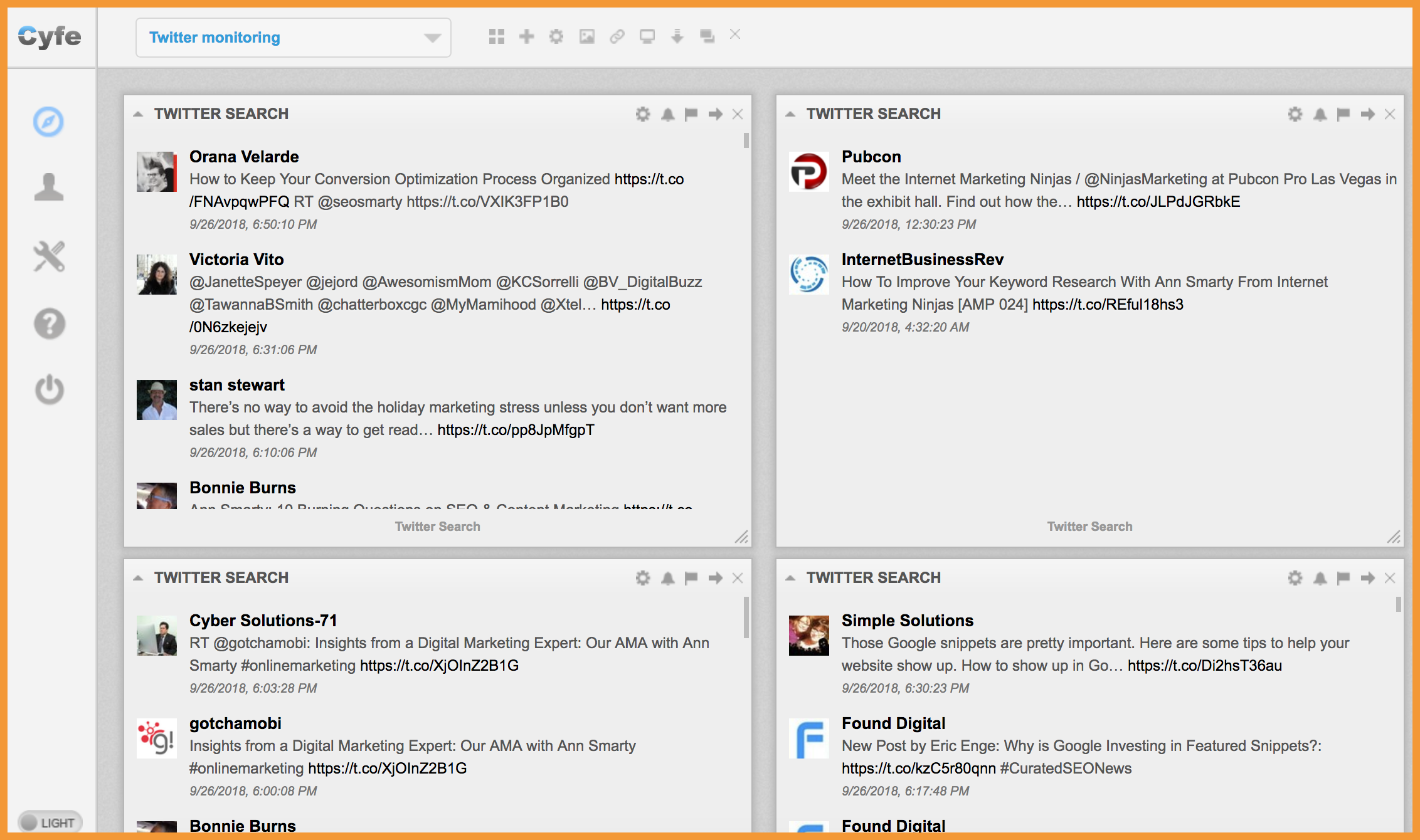 Go Beyond Your Immediate Following

The nature of Twitter is that, unless your tweet is retweeted, it will only be visible to your followers, and for a very short period of time.

If you can get more and more people to spread your message on Twitter, you'll go beyond your immediate social media circle. This the reason I founded Viral Content Bee - users can put their content there for social media users (outside the group of your peers) to discover it and publish to their social media feeds. This increases your content reach and offers those people an easy way to update their feeds with high-quality content: Win-win! 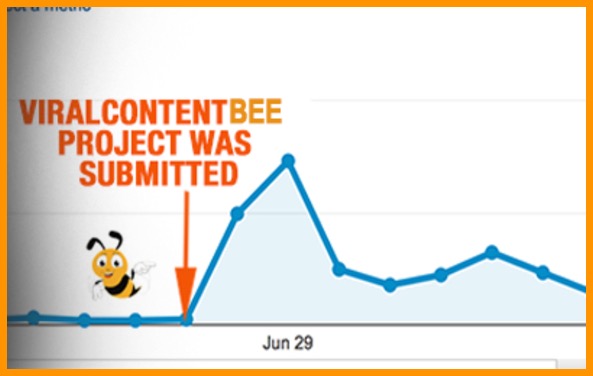 You know something I was surprised to discover? Tweets with no hashtag or @mention generate in 23% more clickthroughs than those with them. I found that a bit disappointing actually, because hashtags have always been a big draw for marketers. Now it appears they can come with certain drawbacks.

There's also a concern with hashtag clickability. Once a user clicks on a hashtag, they're immediately drawn away from your Twitter feed. Is that beneficial for your marketing efforts?

That said, hashtags are still useful for findability but you chouls probably use only one, and put it at the end of the tweet when looking to drive clicks.

I love this tactic, and have seen a lot of success with it. When I publish an article, I'll quote something from within it alongside the link on Twitter, rather than just a title or description. That has been very successful in bringing people to my website, and so to my content (my bread and butter).

Another way I do this is through taking my more popular past tweets, even old ones, and quoting and posting them. That has less to do with lead generation and more to do with bringing attention to my account and brand, but in some situations, it's also gotten more clicks on old links that had been forgotten.

As you can see, while the hype around Twitter may have lessened in recent times, it's still a highly effective platform, and can be used in many ways to boost your social media marketing efforts. Hopefully these tips will get you thinking of how you can up your Twitter game.