Instagram Adds Shopping Tags to Reels, the Next Step in its eCommerce Push

Instagram's found another way to add pressure to TikTok, this time by adding new shopping tags to Reels, it's TikTok clone functionality. 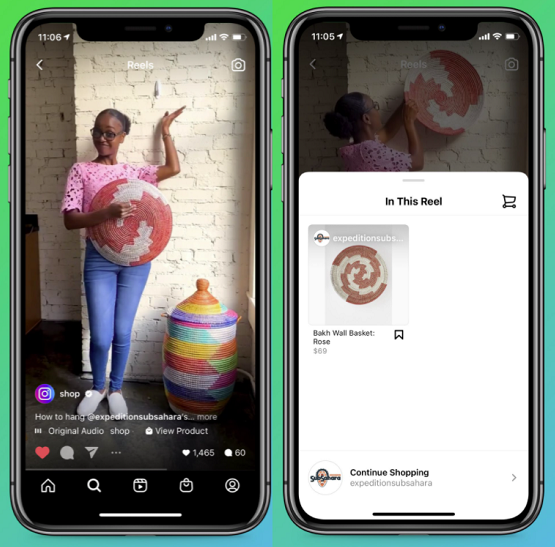 As you can see in this example, the new shopping tags option enables creators to add product listings to their Reels clips. Viewers will then be able to tap on the 'View Product' prompt at the bottom to see the listed items, then tap through to make a purchase. 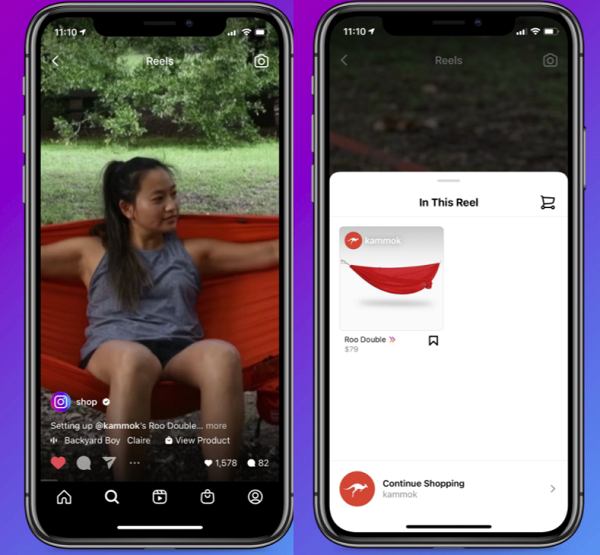 It's another small step in Instagram's gradual evolution into an eCommerce powerhouse, while for Reels, it adds another way for creators to make money directly from their Reels clips. Creators are also now able to add “Branded Content” tags to their Reels, in order to provide more transparency about paid promotions.

This is a critical element in short-form video, because ads don't really work when the content itself can only be seconds long. Twitter found the same challenges with Vine - without being able to run effective ads within Vine clips, Twitter struggled to make Vine into a revenue-generating platform, which then made it difficult for Vine to keep its top stars around, as it couldn't offer better revenue-share deals.

TikTok, meanwhile, is already well on the path to facilitating product placement options in its clips. The Chinese version of TikTok, called 'Douyin', now generates the majority its revenue from eCommerce listings.

Given this, you can bet that TikTok will soon be integrating the same functionality on a broader scale, and it's already been experimenting with product links in clips. 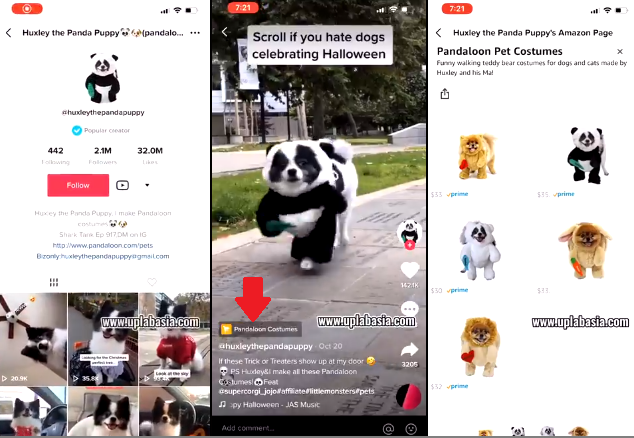 TikTok's also established a new partnership with Shopify to further facilitate in-stream purchases, while it's also still waiting to hear whether Walmart will become its new part-owner in the US, which would likely see Walmart quickly move to integrate more eCommerce options.

Again, this is a key element, because it opens up more avenues to generate brand deals, and revenue, from short-form video clips. It was always inevitable that this was coming - Instagram actually flagged shopping tags for Reels back in October - but it is interesting to see how fast Instagram is moving to keep the pressure on TikTok.

Which Facebook now says is a major rival, a case it will likely push in its coming antitrust lawsuit.

Definitely, TikTok, which is on the way to a billion users, is now a significant player in the market. But can it continue to build momentum and really challenge the bigger players? And will Reels be able to blunt its momentum, and lure more creators across from TikTok to challenge the app?

This is a big step, no matter how you look at it.