A year into his role as chief of Instagram, Adam Mosseri has posted an update on what he's learned about the platform, and the company, and what he envisions as the future of Instagram more broadly.

And while Mosseri's update doesn't include any specific, strategic notes or product updates, it does provide some perspective on where the platform is headed, and what will motivate its coming shifts.

Logically, Mosseri posted his update via Instagram Story - here's a look at some of the key messages Mosseri shared.

First off, Mosseri expressed his gratitude for being in the position, through which he can 'make a difference'. 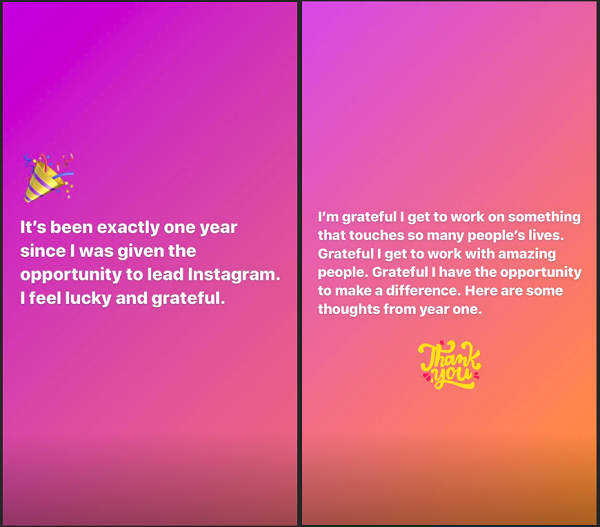 With a billion active users and counting, Instagram has a significant cultural impact, so indeed, Mosseri is in a position of significant influence, both in and outside the company. Reflecting on this, Mosseri notes that Instagram is primarily focused on offering a platform for expression, which means facilitating a range of voices. 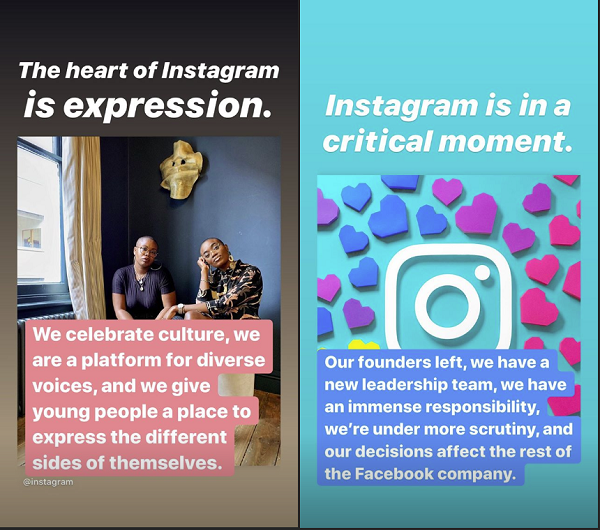 The changing of the guard, sparked by Instagram's founders leaving, definitely raised a lot of questions about the future of the app. Instagram's founders had reportedly clashed with Facebook management over the strategic direction of the app, specifically around eCommerce and advertising. With those voices gone, will Facebook eventually squeeze Instagram for all its business potential - and move away from its community-driven roots?

According to Mosseri's vision, the future of Instagram, and social media in general, is more a philosophical question than it is about any specific functionality. 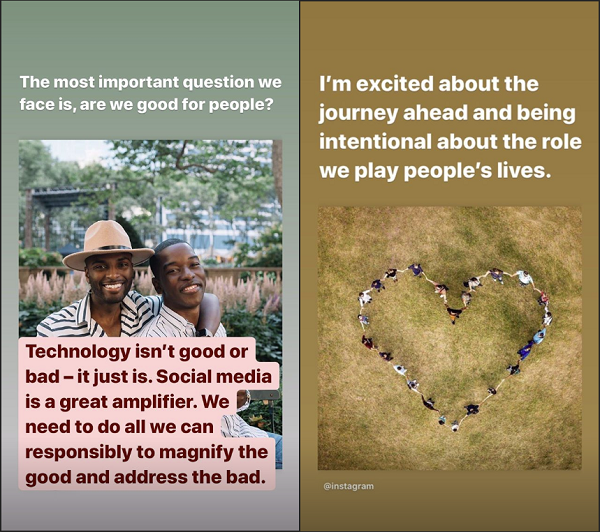 Definitely, this has become the key question - is social media helping or hurting society? We don't have an answer as yet, and we may never have one, but Mosseri's reflection points to where Instagram is looking, highlighted more recently by experiments like hiding total like counts. That likely suggests that you can expect to see more along this line in future.

And then there's this sequence:

The first three frames align with the broader vision set out by Mosseri, but the last frame suddenly shifts that focus to business. Which makes sense, that's how Instagram's going to make money, but it also, again, harks back to that initial concern that Facebook would eventually shift away from Instagram's core functionality in order to make the most money possible.

Really, Mosseri's outline here is what you would expect, but it's interesting to see where business is placed within the broader wellbeing context, and to consider what that means for future developments. Already, Instagram is steadily moving towards eCommerce, which seems like a logical conclusion. But Mosseri's vision would appear to indicate that business tools will become an increasing focus within its broader push, enabling more creators to build their audiences and convert them into customers over time.

As noted, there are no specific updates or details mentioned, but it is worth considering the vision of Instagram leadership, and what that may mean for the app.