October is National Bullying Prevention Month, and in-line with the awareness push, Instagram’s adding some new tools to help reduce cyberbullying within its app, and protect, in particular, its younger, more susceptible, audience cohort. 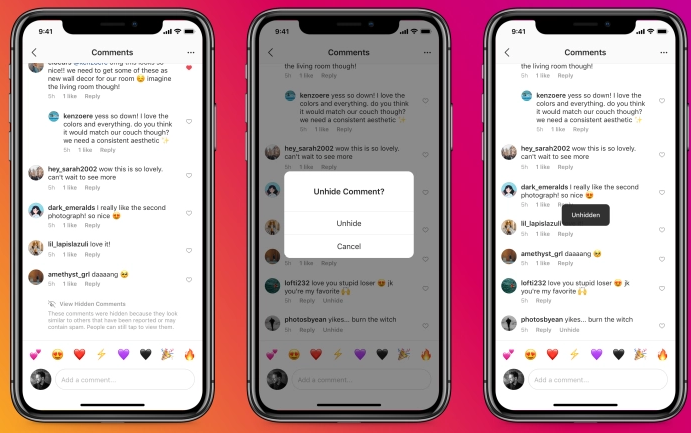 As you can see in the first image above, those in the test will see a new note explaining the functionality:

“These comments were hidden because they look similar to others that have been reported or may contain spam. People can still tap to view them.”

The process is a more proactive way to hide problematic comments – Instagram already has an automated warning system in place which alerts users when they try to post comments which its system detects could be regarded as offensive.

This new element will use the same process, but will actively hide those comments, keeping them out of view. It could be an effective means to limit exposure, and keep the comments more civil – though it’ll be interesting to see how active it is in practice.

In addition to this, Instagram’s also taking its comment warnings to the next level, with a new alert for when people repeatedly post potentially offensive comments despite its warnings. 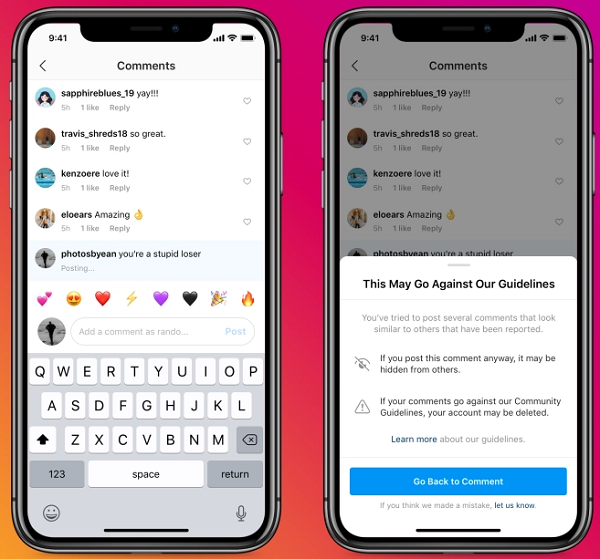 As you can see here, the new warning notes that your account could be deleted if indeed your comments end up being reported. It adds an extra incentive for people to re-consider their remarks, which could make it a more effective deterrent tool.

This is a critically important area for Instagram. According to a survey conducted in 2017, Instagram was "the worst social media network for mental health and wellbeing", with the platform reportedly contributing to higher levels of anxiety and depression, among other issues. And when you also consider that teens regularly delete Instagram posts which don't get enough likes, it's clear that there’s a level of anxiety linked to how people react on the platform.

Offensive remarks are another element in this, and hopefully, these new measures provide an extra level of protection, and make users think twice about how they word their responses.