Microsoft has once again reported that LinkedIn saw 'record levels of engagement' over the last three months of 2019, while the platform also continues to expand its audience across the globe.

The findings are listed in Microsoft's FY20 Q2 report, which the company published this week, outlining its key performance highlights in the most recent period. 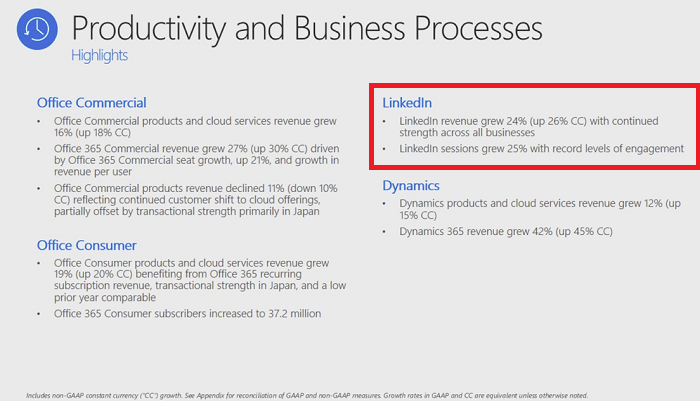 "LinkedIn continues to create economic opportunity for every member of the global workforce - every seven seconds someone is hired on LinkedIn. We saw record levels of member engagement again this quarter. Marketing Solutions remains our fastest growing business as marketers leverage enhanced tools and LinkedIn Pages to connect with our nearly 675 million members."

675 million members is a new milestone for LinkedIn - back in November, the platform reported reaching 660 million total members, which would suggest that it's added another 15 million over the last three months.

Of course, 'total members' is not the same as 'active users', the more common measurement of social platform growth. But even so, the combination of more people signing up to the platform, along with rising engagement levels, points to strengthening performance for the social network, and may indicate LinkedIn's rising relevance in broader professional communications.

There has also been some criticism that LinkedIn is becoming a little too casual, with members posting overly personal or non business-relevant updates in order to fish for engagement. It's possible that such activity is helping to drive up on platform interaction, but it may still be worth giving the platform another look, and considering its potential fit within your social media approach.

On another front, Microsoft says that more than 5 million LinkedIn members have already completed LinkedIn’s Skill Assessments, which it rolled out back in September.

Skill assessments provide another way for users to display their professional competencies, with knowledge tests and badges in key areas of interest. 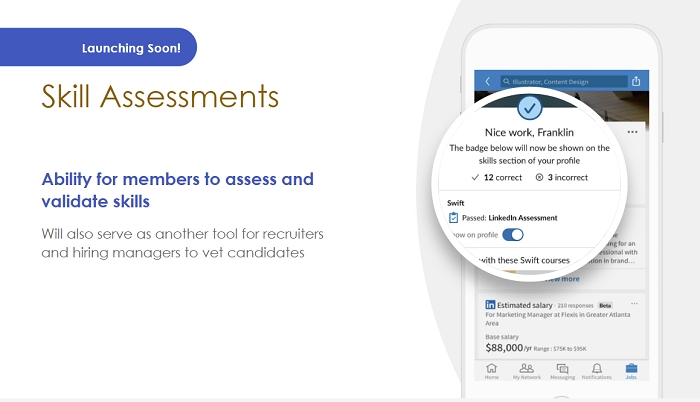 With Microsoft acquiring LinkedIn back in 2016, we lost access to LinkedIn's individual performance reports, which did provide more specific insight into usage levels, member numbers, etc. Now, with LinkedIn's performance figures incorporated into Microsoft's larger report, we don't get as much insight, but based on the data available, the indicators suggest that LinkedIn's performance is rising, which is likely worth noting in your plans.