Pinterest has repeatedly noted that it's been seeing record high levels of usage amid the COVID-19 lockdowns, and now, we have some extra perspective on what exactly that means, with the company posting its Q1 2020 results, which show stable increases in both active users and revenue. 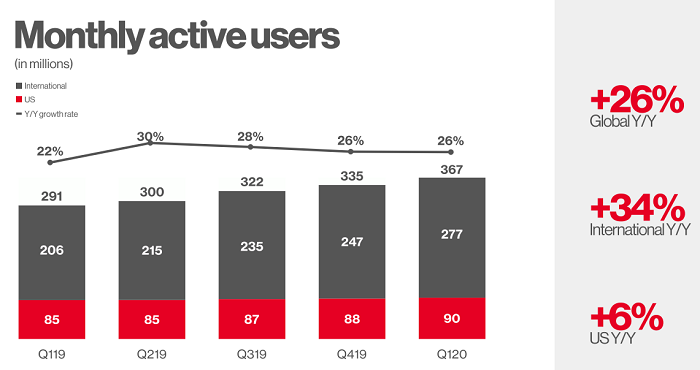 All of those platforms have also seen increases in usage due to the COVID-19 lockdowns, reflecting the significance of Pinterest's rising popularity - and while Facebook is far larger, and will therefore, logically, have slower growth momentum in this respect, Pinterest now has comparatively more users than Twitter and Snapchat, and is still growing at a solid clip.

In its usage notes, Pinterest says that it's seen an expansion in its use case of late, with significant increases in searches for:

"...practical solutions on how to educate and entertain their kids, how to clean during quarantine, what food to put in the pantry and how to make masks. Recently we’ve started to see people return to more future-oriented interests such as vacation and event planning."

And while these trends are influenced by the current situation, the expanded usage of Pins could lead to broader reliance of the platform going forward - if Pinterest provides better matches on content for such queries, that could see more users coming back for more varied purposes in future. 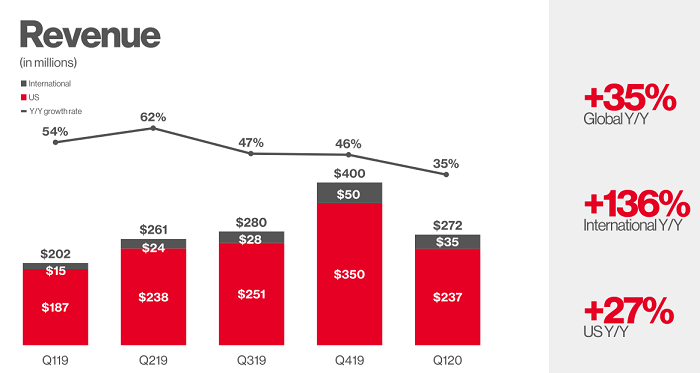 Which is a good result, however it has also warned of a slowdown due to COVID-19:

"We began to experience a sharp deceleration in the middle of March as advertisers responded to changes in demand."

As noted, Pinterest has seen the beginnings of a shift towards more optimistic approach to COVID-19, with searches for travel trending upwards again. But like all social platforms, it will be impacted. Pinterest withdrew its full year 2020 guidance back in April as a result of the COVID-19 shutdowns, and it says that it won't provide further guidance expectations on revenue for the remainder of the year.

In a more concerning element, Pinterest also reported that its sales and marketing expenses have increased 53% year over year, driven by an increase in share-based compensation following its April 2019 IPO.

That will weigh against earnings reports going forward, which was not necessarily unexpected, as such, but is still significant.

Market analysts were unimpressed by Pinterest's stagnant YoY growth, despite the quarter-on-quarter gains, and shares in the company fell 19% on the announcement. Which seems more like penalizing the platform for its past growth momentum - given the increases in usage during the lockdowns, the market, reportedly, expected to see a bigger jump, but Pinterest was already on a stronger growth trajectory than other social platforms.

Either way, the overall consensus was that it wasn't a great report, though there a plenty of signs to suggest that Pinterest is indeed on the right track.