Pinterest's Recommendation Algorithms Are Improving, Which is Important to Note

In a rapidly moving social media landscape, Pinterest may be the tortoise to the hare of the rest of the field.

While the visual discovery app may not be as big or as cool, or be growing as quickly as others, Pinterest is definitely evolving, and expanding over time. Indeed, while Pinterest only just crossed the 250 million monthly users milestone back in September, it's recommendation tools are advancing, which the platform has outlined in a new research post, which looks at how its 'Pixie' recommendation process now operates. 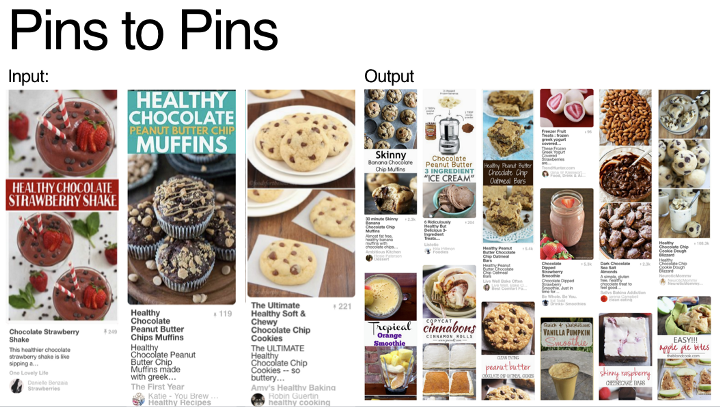 "In the pre-Pixie era, we needed to recycle popular content to Pinners because chances were that they would like it too. However, once we deployed Pixie we found we were much more efficient, and able to recommend more relevant content, increasing engagement by 37x. Where we had been serving Pins with a median of 90,000 saves, we were now serving with 1,000. Despite recommending all content, including content that is much less popular, we saw a much higher engagement."

That's a significant point of note, particular for brand usage - Pinterest's system is getting increasingly good at uncovering relevant, related content, even if that content isn't, by other measures, popular, which could help level the playing field in discovery.

This also comes in addition to the notes Pinterest released back in August,  which showed that its improving recommendation engine had also lead to around a 25% increase in impressions for the platform’s ‘Shop the Look’ product.

Pinterest provides this example of how its system works:

"Imagine you save a Pin of a delicious “Healthy Chocolate Strawberry Shake” to one of your boards. Using visual signals, Pixie then suggests ten other smoothie or shake Pins all based on “Chocolate Strawberry Shake,” but it may not know yet exactly what other kinds of shakes you want. As the query gets more complicated, Pixie will know that you also save Pins featuring “Healthy Chocolate Muffins” and “Ultimate Healthy Chocolate Chip Cookies.” Pixie then narrows down the content to Pins related to chocolate, cookie, dessert shakes, all with a focus on healthy ingredients."

The advanced process once again highlights Pinterest's capacity to hit above its weight in discovery, with it's smaller engineering team able to create products that are competitive with the much larger players, similar to the visual recognition engine it uses for its Lens option.

That's important to note for businesses - and also worth noting, Pinterest now serves more than 10 billion recommendations every day. That's a lot of opportunity to reach your target audience.

Worth considering in your 2019 planning.