It'll certainly be interesting to see how Redditors respond to this.

Looking to capitalize on its growth, and maximize its ad potential, Reddit has this week launched a new Trending Takeover ad unit, which will feature prominently on various surfaces within the app. 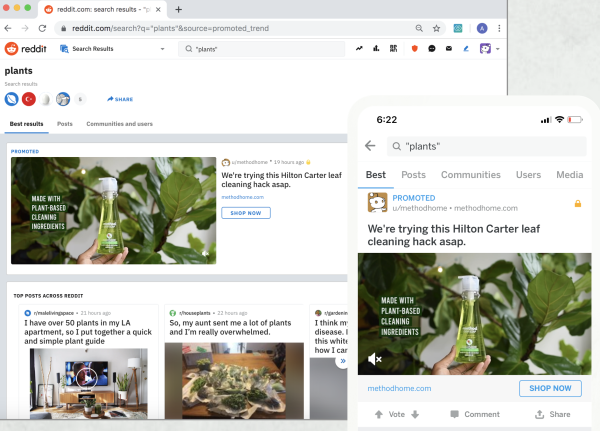 "Fads, trends, and movements get their start in Reddit communities every day. And as we invest in highlighting those trends for user visibility and participation, it presents a huge opportunity for advertisers looking to align with conversations in real-time. [...] With this new offering, brands looking to position themselves at the center of discussion on Reddit now have premium venues in two of the most commonly visited areas of the platform: Reddit’s Search tab and Popular feed."

Trending Takeovers will last for 24 hours, and as you can see in the images above (desktop on the left, mobile on the right), they'll take up a major block of space at the top of the Reddit feed.

Takeover listings will also appear in 'Trending' searches on the platform: 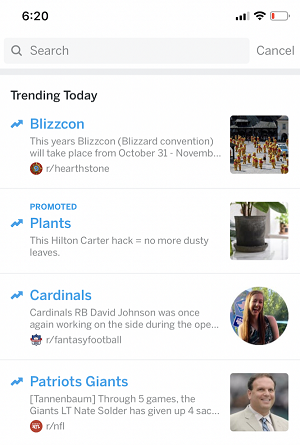 And will be highlighted in the smaller Trending tiles along the top of the mobile app listings: 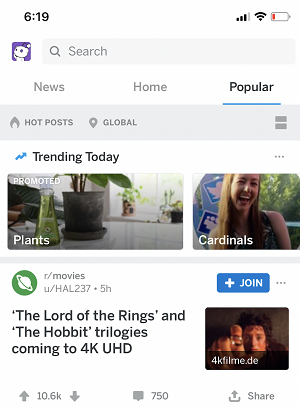 That is indeed prominent space.

No doubt that will be appealing to certain brands, and no doubt that will get their messages seen. But as noted, Redditors may not be too happy about the intrusion, especially given the app's long-standing resistance to overt promotional messaging.

But Reddit needs to evolve. Last year, the platform hit a new milestone of 430 million active users, which puts it ahead of Twitter, Pinterest, LinkedIn TikTok and Snapchat in comparative usage. But even with that growth, Reddit is not considered as significant an ad platform due to the nature of Reddit ads, which can easily be overlooked, and aren't as advanced as those on other platforms.

Reddit's been working to improve in this respect, with new video ad options and updated formats and tools, but it hasn't yet become a key consideration for ad spend, with Reddit ads still seen as an intrusive, non-engaging element of the app.

Trending Takeovers could change that. For one, their more prominent placement will get attention, but it may also usher in the next major shift for the app in this respect. Yes, Redditors are going to be upset about it, they're going to voice their displeasure at the intrusion. But Reddit will be hoping that, once that opposition dies down, Redditors get more used to ads. And if users are more comfortable with these ad units, that could open up more opportunities for Reddit to display even more promotions. It's almost like a band-aid approach, with this being the rushed rip-away, leaving the temporary pain. Then users will, ideally, be more open to other ads in future.

But there will be backlash.

How significant the response from the Reddit community will be is tough to say, but Redditors are very protective of their space, they won't like facilitating virtual billboards in their streams. But that's the price of using a free platform - you will, eventually, have to pay in ad exposure. And Reddit needs to boost its ad space in order to maximize its performance.

In testing with 15 partner brands, Reddit says that its Trending Takeover units have seen 2x above average click-through rates.

It's big, it stands out, it could end up producing results. But more importantly, it may well end up being a major advance for Reddit's broader ad and revenue ambitions.

Trending Takeovers are being sold only on a reservation basis. To learn more about the option, you'll need to contact Reddit's Ad team.