While audio social has lost some momentum after the sudden rise of Clubhouse early last year, the capacity to tune in and connect with people in a less intrusive, more relaxed live format still holds significant appeal, and significant potential in various forms, and in various apps.

And while Clubhouse and Twitter Spaces are the most prominent platforms in this respect, Reddit, too, has been seeing success with its own ‘Reddit Talk’ option, which it first launched last April, and has since been quietly expanding to more of its highly engaged communities, offering another way to extend Reddit chats to another medium.

Indeed, Reddit says that more than 1,000 subreddits now have access to the option, which has lead to more than 250% growth in daily active listeners of Reddit Talk sessions over the last three months.

That’s significant, and given the rising interest, Reddit’s now looking to put more focus on Reddit Talk chats, as it works to expand its user engagement options, and the overall utility of the app.

First off, Reddit’s making Reddit Talk chats more prominent, with a new, Twitter Spaces-like feed of live chats in progress, within the subreddits that you follow, along the top bar of the app. 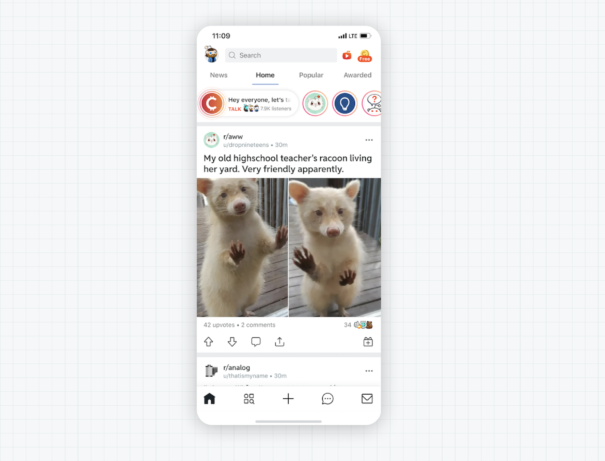 That’s a big shift, and Reddit users will definitely have ‘feelings’ about it. Reddit’s highly engaged communities are generally resistant to change, especially anything that dilutes the focus of the app, and that will likely see some backlash to this update, which will change user home screens.

But it could also get more people tuning in to relevant chats, which could be a big step for the app.

The advantage Reddit has in this respect is that in launching Reddit Talk within specific communities, it can highlight in-progress chats to the followers of each, ensuring optimal discovery, without users having to sort through a massive list of in-progress chats for themselves (ala Twitter and Clubhouse) to find something potentially of interest.

That’s more specifically a problem on Twitter Spaces – if you tap on the Spaces tab in the app right now, you better be into NFTs, because virtually every live chat at any given time is focused on NFTs and/or crypto, with few alternative conversations weaved in-between.

Discovery remains the bugbear of both Spaces and Clubhouse, and Reddit’s approach, much like Facebook rolling its audio rooms out to specific influencers and groups, could actually be a much better way to maximize user discovery, and interest in the option.

This new top-of-feed display could be an annoyance to some, but it could also be a great way to maximize Reddit Talk engagement.

“Starting today, when a redditor visits a Reddit Talk post from a past live session, they’ll be able to listen to a recording of the conversation. The new feature includes a playback bar that enables redditors to skip to any timestamp, pause or unpause, and fast-forward or rewind 10 seconds at a time.” 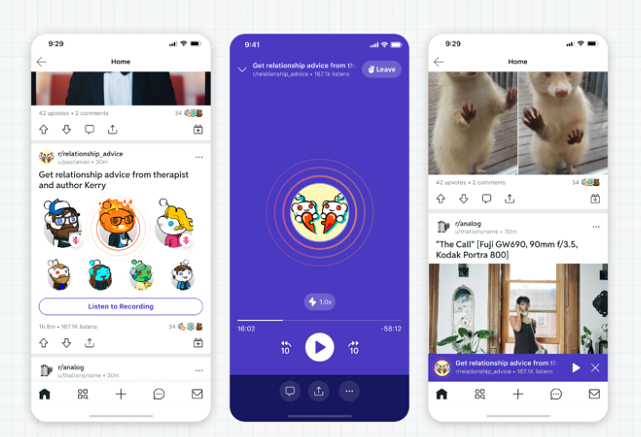 That’s another key step, helping to boost the utility of Reddit audio chats, which could also provide more incentive for users to broadcast in the app, as a means to build their profile and following on the platform.

Reddit’s also adding text and emojis to help users participate in a Talk.

“Previously, redditors who were listening to a Talk were able to raise their hand to join the stage, but couldn’t comment in real time. Enabling comments and emojis makes Talks easier to engage with, even without speaking.” 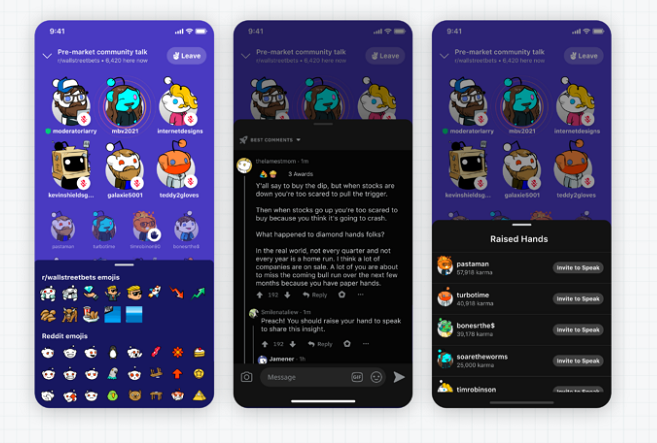 And finally, it’s also bringing Reddit Talk to the web, providing more ways for listeners to tune in. 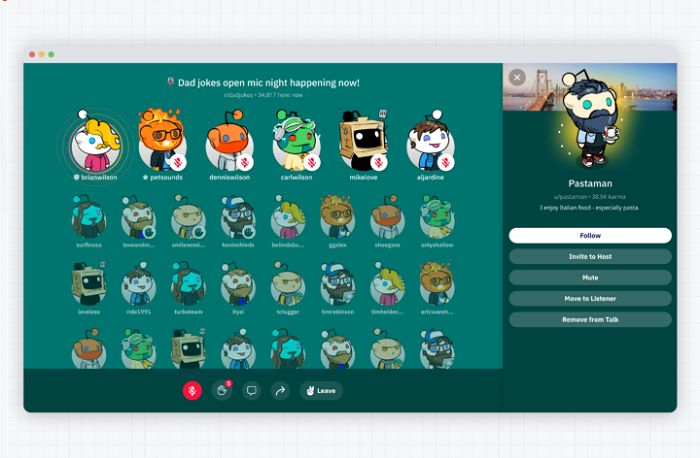 Again, while some of the air has been let out of the social audio hype bubble, for many users, it’s now become a habitual, regular option, which, while not being as big a deal as it once was, has provided more utility, and more options for connection in each app.

On Reddit, that could actually be significant, providing an alternative way for Redditors to connect beyond clever comment replies and awards allocated by other users. Which could lead to new communities forming, stronger bonds in each group, and more opportunities for Reddit to play a bigger connective role in the broader social media space.

Really, it’s a logical progression for Reddit communication, and while it’s a little different to other social audio options, those differences may actually be of benefit to Reddit’s specific use case, and boosting utility in the app.