With the 2020 March Madness tournament approaching, Snapchat has this week published a new set of stats on the related sports discussion on its platform as it looks to promote its capacity to help marketers connect with audiences during the event.

And certainly, some of those stats are impressive - first off, Snap says that its platform is able to provide "incremental audience reach to TV campaigns in the US".

"Since 2017, Snapchat has commissioned over 20 Total Ad Ratings studies from Nielsen. These studies measure the audience reached by advertising on Snapchat and television respectively. When we commissioned a meta-analysis from Nielsen to understand average performance we observed the following:"

Given evolving media consumption habits, this makes sense - if you want to maximize your reach to this audience, you need to supplement TV campaigns with social reach, and as you can see,Snap can be a great partner in this respect.

But more impressive is the amount of Snapchat users who are actively engaged with the March Madness discussion in the app. 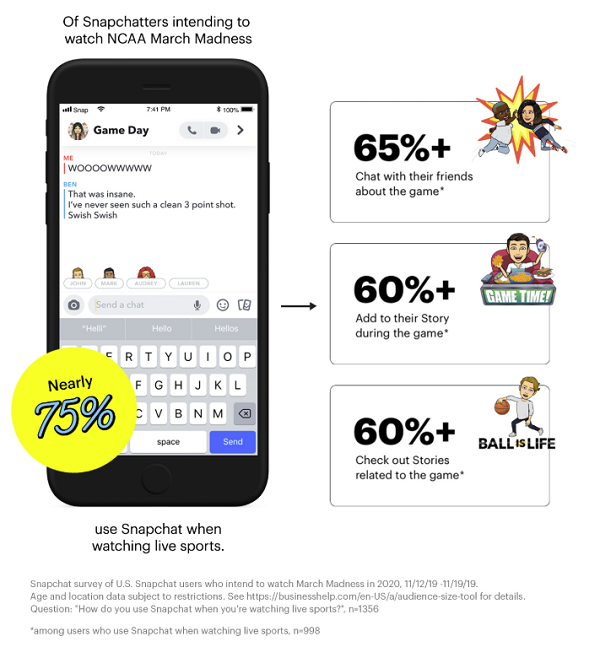 The amount of surrounding conversation could provide key opportunies for outreach, and connection with relevant audiences.

Snapchat even provides a case study, using Subway's past March Madness Snap campaign as an example of potential performance and reach.

"Subway led the way in 2019 with their multi-product Snapchat campaign during March Madness. They were able to reach Gen Z and Millennial consumers during and around the game to drive brand lift results over 3x the average, according to Kantar." 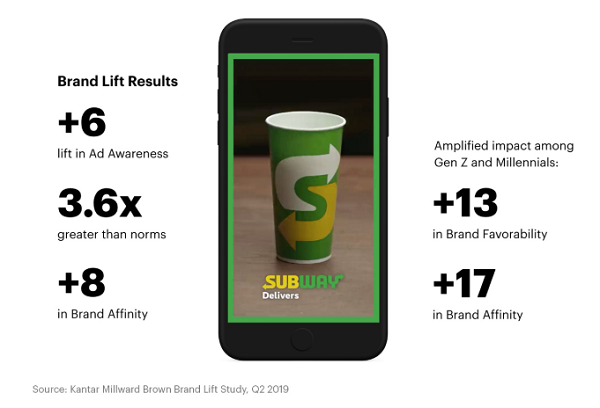 Again, given the shifts in broader viewing and engagement behaviors among younger audiences, it makes sense that social platforms would provide a key, supplementary platform for interaction around events like March Madness. The challenge then is working out which platform, specifically, is best to enable your business to tap into that interest.

The stats here present a solid case for Snapchat - if you're looking to reach younger audiences around the March Madness tournament, then Snap could provide significant opportunities in this respect.

As always, it depends on your specific audience make-up, but with 75% of Snapchat sports fans likely to use the app during the event, it's worth considering what that could mean for maximizing your messaging.