Snapchat has announced that it’s renewed its ongoing content deals with Disney, Viacom and NBCUniversal, which will see exclusive shows and programming broadcast to Snapchat Discover over the coming year.

The deals are another endorsement of the value of Discover, and Snapchat more broadly, in aligning with consumer trends, and connecting with the next generation of viewers.

“These renewals are a strong validation that Discover continues to be an incredibly important platform for some of the biggest consumer media brands in the world – and these agreements affirm their long-term confidence in Snap and our ability to deliver meaningful outcomes to drive reach, relevance and revenue.”

Discover has been one of the big winners for Snap, with over 100 million Snapchatters now tuning in to watch Discover content each month.

Last year, Snap also reported that over 90% of the US Gen Z population watched Discover shows and publisher content in 2020, while many Snap Originals now see tens of millions of viewers on average, including programs like 'Ryan Doesn't Know' starring Hollywood star Ryan Reynolds, which was watched by more than 20 million users.

Programming like this caters to evolving consumption habits, with shorter episodes, created with the vertical device screen in mind, and in partnership with recognized celebrities, who are keen to use Snap as a vehicle to maintain connection with a wider audience.

More recently, Snap’s also been looking to evolve its originals even further, which could be another key step in maintaining engagement.

These new agreements will see ESPN (under Disney) continue to broadcast sports content in the app, which has been hugely popular, while Viacom and NBC are both bringing new shows, including AwesomenessTV's Next Influencer, American Song Pickers, syndicated episodes of SNL, highlights from existing programming and more.

It’ll be interesting to see how Snap’s Discover content grows, or not, over the next couple of years. The rise of TikTok has caused a new shift in digital consumption habits, which does pose a challenge for the offering. But again, the numbers thus far show that Snap is on a winner, and can help expand the audience for these providers among younger groups.

And with traditional consumption habits shifting significantly, all publishers are looking at how to best align with that shift. 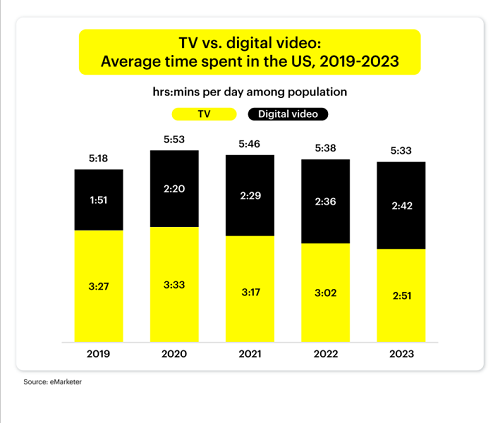 Snapchat Discover is another avenue to try, and it could be an important one, especially if Snap can continue to evolve its tools, and remain a key connective platform for young audiences.