AR is set for major growth in 2021, offering consumers more interactive, engaging options to connect virtually, which will also open up new avenues for shopping, promotions and brand association.

Underlining this, this week, Snapchat has shared some data on the usage of its AR tools during the recent Super Bowl, which saw a range of big-name brands employing Snap Lenses within their campaigns.

"Over 59 million US Snapchatters engaged with AR Lenses on Super Bowl Sunday. And brands got in on the fun. From Cheetos-stealing, to partying with Wayne & Garth, to rocking an AR Jason Alexander hoodie, brands extended their broadcast stories to Snapchat, and US Snapchatters played with Sponsored AR Lenses over 200 million times." 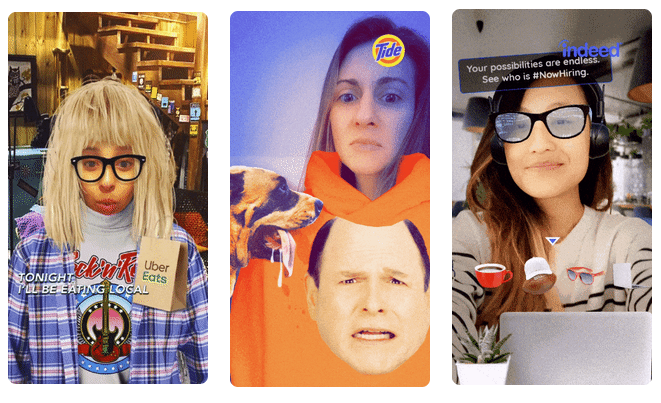 That's a lot of activity - as a reminder, Snapchat's daily active user count is 265 million, with 92 million of those in the US. That suggests that the majority of US Snapchatters engaged with Super Bowl themed AR tools, highlighting the resonance of such campaigns, and their rising popularity among brands.

Looking at the top AR integrations, Snapchat says that the NFL's 'Touchdown Dance Lens', which utilized its new body-mapping technology, was one of the most used tools, along with Uber Eats' 'Wayne’s World' effect and Tide's Jason Alexander hoodie.

Cheetos also saw success with its “Snap to Steal” approach, which was the first Super Bowl ad that enabled viewers to 'take the product right off the screen'.

"This world-first tech hack enabled fans to get a real, free bag of Cheetos simply by Scanning its Super Bowl ad with the Snapchat camera."

The variance of approaches underlines the growing popularity of AR campaigns, and with the next stage of AR interaction on the way, in the form of full-integrated AR glasses, it's worth brands considering how they too can get in on the act.

Indeed, both Facebook and Apple are developing their own variations of AR-enabled glasses, the first iterations of which are expected to reach consumers sometime this year. Reports have also indicated that Snapchat, too, is close to launching new, fully AR-equipped Spectacles, which could also hit shelves in 2021. There's not much to go on at this stage, but given the reports, it does seem that AR is set to become a much bigger focus, for many brands, in the very near future.

As such, it's worth noting these new Lens trends, and considering how you could also employ similar engagement tools in your process.

You can check out Snapchat's full listing of Super Bowl AR Lenses here.