Will Twitter Spaces eventually supersede, and stunt the growth of Clubhouse?

It's too early to say just yet, but definitely, Twitter is working fast to develop its Spaces option as it seeks to ride the wave of popularity of the new audio social trend.

Over the last week, Twitter has continued with that push, expanding Spaces access to more users and testing out new features, like Space scheduling and labeling tools, to give users more options with their audio chats.

The biggest new addition (still in development) is scheduling, which will provide more ways to host and manage your audio Space. 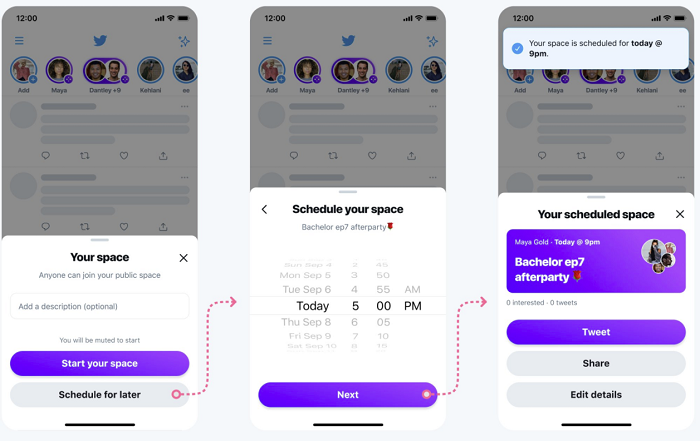 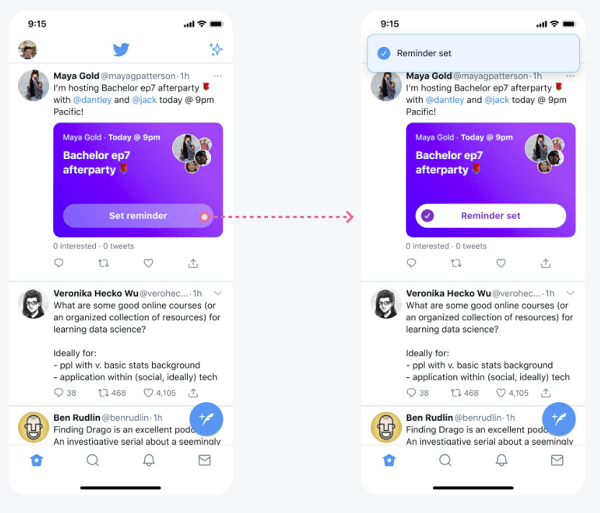 That will help to get more people to your Space, and to raise awareness of your discussion. Twitter's also working on Space discovery, which is another key element. At the moment, Clubhouse is ahead of Twitter in this regard, providing the capacity to move between rooms and see what other discussions are happening at any given time. As with live broadcasts, Twitter doesn't make in-progress Spaces easy to find, but it is looking to develop new options on this front.

In addition to this, Twitter continues to work on its participant listings, so users can view who's listening into a Space at any time.

Early prototype ???? (a couple of bugs to fix ????) https://t.co/YajWbLlKhC pic.twitter.com/ndNAcQc9Uh

Twitter's also working on new options for Space titles, giving admins more control over how their Space is displayed. 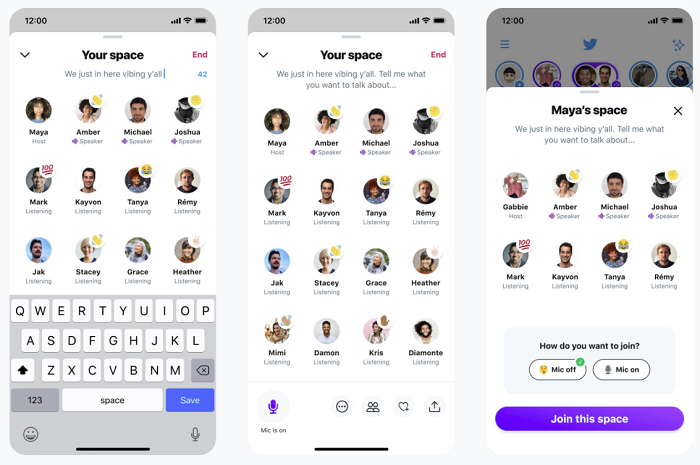 There's still a way to go in finalizing the full functionality of the option, which is why Twitter hasn't announced an expanded launch as yet. But with interest in audio social rising, Twitter's working to evolve quickly, which could eventually see it steal a lot of Clubhouse's thunder, if it can provide an equal, if not better experience.

The advantage Twitter has in this respect is scale - while people are now working to build audiences on Clubhouse, most users already have established followings on Twitter, which they could use to expand their reach with their audio rooms much quicker.

But then again, the more people who have access, the more overall room quality becomes a concern, which will then put increased reliance on algorithms to help guide users to the rooms of most relevance to them.

Twitter's history with algorithm recommendations isn't great, but Clubhouse's systems are not amazing either, so again, it's too early to say which will come out as the better option in any definitive way. But it does seem like the opportunity is now there for Twitter to take. It has more advanced systems (Spaces is built on the architecture of Periscope), more experience and capacity in moderation tools, and as noted, can provide much broader audience reach (Spaces also has no limit on the amount of people who can listen in to any given room).

Clubhouse is also evolving, but if Twitter can get its option right, it could quickly become the leader in the new audio social space.

That is, of course, Facebook inevitably comes out with its version. Expect this to be a hotly contested element throughout the year.