As has been well-documented, Twitter has been working to find its path in recent times, to find where it fits within our wider interactive landscape, and the role it plays for users. Around a year ago, it seemed they'd found it, with CEO Jack Dorsey outlining their five key pillars of focus, and launching their "#WhatsHappening promotional push.

That's since become their key driver, to be the platform which shows what's happening, in real-time, which captures both the short, fast-paced nature of tweets, and their future focus on live video and event coverage.

Extending on this, Twitter's launching a new set of TV ads - their second TV ad campaign ever - to further underline their position as 'the place to be' to stay up to date.

The first ad features Chance the Rapper seeking feedback from fans, and uses the tagline #SeeEverySide.

Any requests? Real instruments? No problem.

This is a slight variation on #WhatsHappening, and goes towards promoting the all-encompassing nature of tweets, the ability to get a wider perspective on the world through conversation diversity - which is likely designed to counter suggestions that Facebook facilitates echo chambers and cuts people off from the wider conversation.

And it's largely true - celebrities, from the President on down, regularly use Twitter to reach a wider audience quickly. While most of them also use Facebook, algorithm restrictions and individual followings restrict the reach of such messages, making Twitter a better place for immediate feedback and response. The Chance the Rapper example is a good one, and goes to the core of what Twitter is, and why it's important - while you stay up to date with your family and friends on Facebook and Messenger, Twitter is 'the global town square', where you go to hear about the latest news and trends, and contribute your own opinion on such.

As noted, this is only Twitter's second ever TV ad campaign. They launched their first back in 2015 to promote Moments when it was first launched. 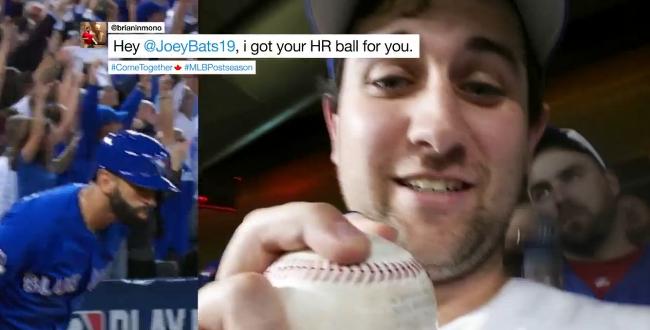 At the time, Twitter saw Moments as the key thing that would get them back on track, solving various problems - most notably in highlighting the best of the platform to non-users, which would, ideally, get them across to try it out.

Moments, of course, has since failed to live up to that hype, and has even been de-emphasized, to some degree, by Twitter. But at the time, Moments was their great hope, a project they'd put a lot of faith and belief in.

Which probably goes to show you just how much the platform believes in their latest message in promoting Twitter's benefits.

In addition to the Chance the Rapper spot, Twitter will also run various other video promotions, on and off platform, for the #SeeEverySide campaign.

They're also running a TV ad campaign in Japan, where Twitter has 40 million users and has seen significant growth - even outpacing Facebook.

As per their most recent earnings report, Twitter has seen their usage and growth increase of late - not at the levels they'd like, but growing nonetheless. The focus on algorithm defined highlights, combined with real-time tweets, is providing a better user experience - and while some have also attributed the platform's growth to President Trump, there are actually various aspects to Twitter growth strategy, including the diversity of their live-streaming programming.

Twitter still has a way to go to solidify its position and ensure future viability, but the numbers show the platform is on the right track. The new ad campaigns will work to further amplify their core messaging, which, in line with their recent re-design, they'll be hoping will bring new users across to check it out.