Twitter has announced that it's making its in-stream, pre-roll video ads available to all advertisers globally, including those using the platform’s self-serve ads platform. 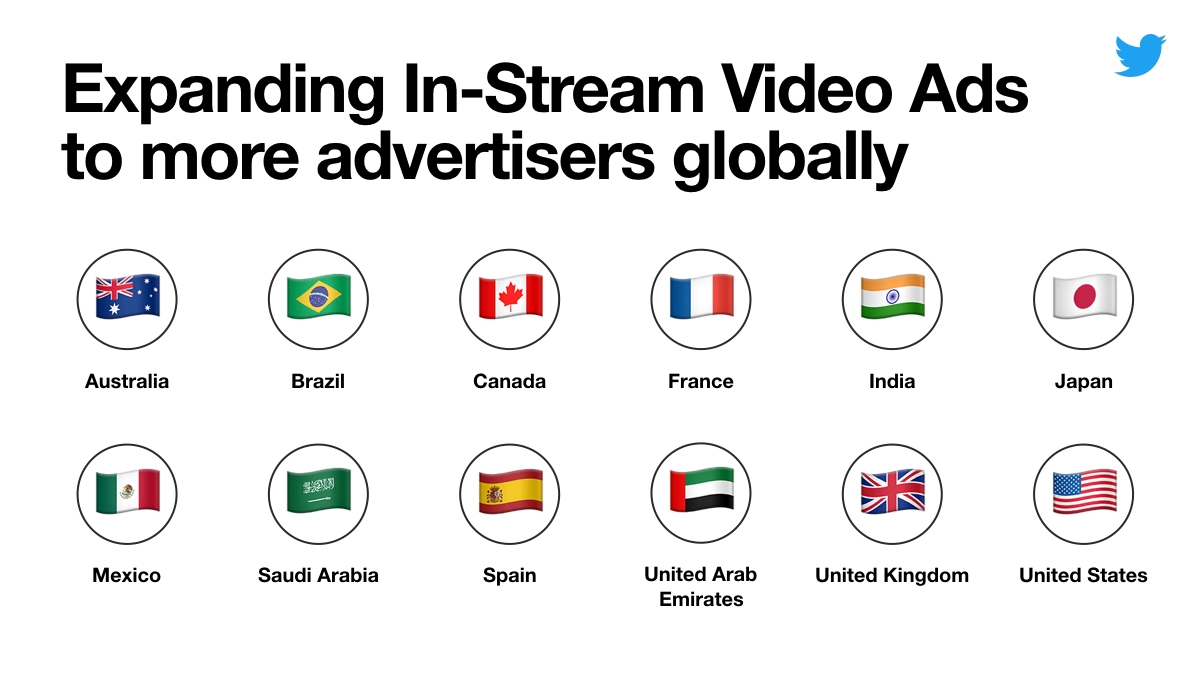 “In-Stream Video Ads allow marketers to connect with their audience through pre-roll ads that kick off the videos people love. In the United States, we’ve partnered with more than 200 of the best video publishers in the world, including top TV networks, teams from major sports leagues, and professional news outlets like Business Insider, CNN, Condé Nast Entertainment, Fox News, Fox Sports, Hearst Magazines Digital Media, IGN, Meredith Corporation, and Reuters. Every day, they’re sharing brand-safe videos that your audience is eager to discover. From catching must-see sports highlights to watching clips of top TV shows, people on Twitter love that they can watch what’s happening.”

Note the ‘brand-safe’ mention – in fact, Twitter mentions ‘brand-safe’ four times in its announcement post. This is in response to concerns about YouTube ad content being shown on inappropriate videos. Twitter’s clearly aiming to use this as a point of differentiation for their offering - though Twitter’s audience is obviously far smaller than YouTube’s active user count.

As you can see here, Twitter’s pre-roll ads are skippable, and are shown ahead of video content from approved publishers. Through their process, Twitter maintains more control over their ad partners, which is how they can assure brand safety.

And thus far, among businesses in the US, the in-stream ads are producing results.

“Based on U.S. Nielsen Brand Effect data, people who saw In-Stream Video Ads on Twitter were 70% more likely to recall the brand’s ad, 28% more likely to be aware of the advertiser’s brand, and had a 6% higher purchase intent (versus those not exposed to video ads).”

Twitter also says that people are 31% more likely to remember what they see on Twitter, versus general online browsing. 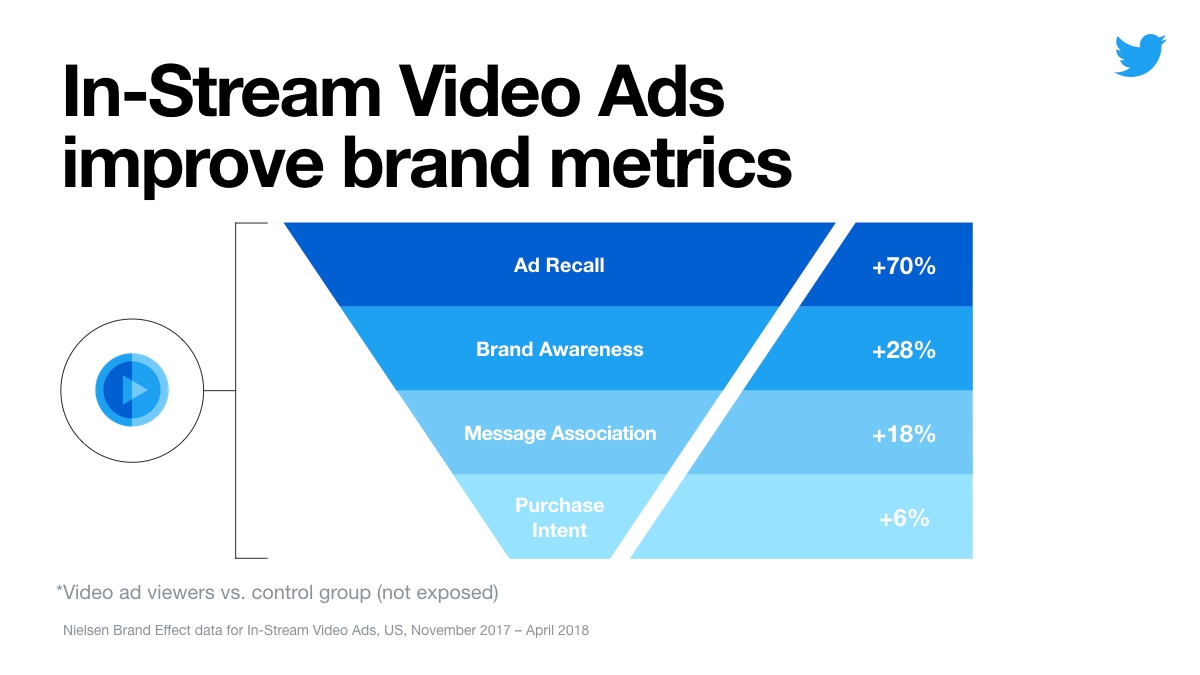 And video has become a key part of the Twitter experience - as per the company's most recent earnings report, video now accounts for more than half of Twitter's ad revenue, and is the platform's fastest-growing ad format.

It makes sense for Twitter to broaden the offering and give more businesses the opportunity to reach users through its expanding video content – which could become even more relevant if it gains traction with its live-stream offerings.

If you’re interested in trying Twitter’s in-stream video ads, you can start a campaign at ads.twitter.com.