Could it be that increased uncertainty about changes at Facebook may be opening the door for other social platforms to boost their business offerings?

Here’s a breakdown of the results, starting with active users. 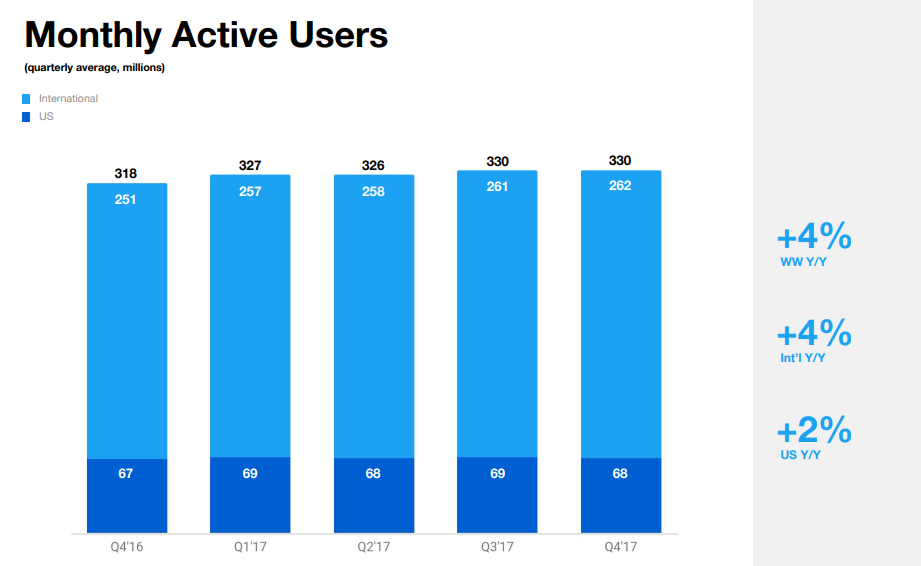 As you can see, Twitter added no additional users in Q4, and even lost a million in the US. That’s a concern, particularly with the President’s affinity for tweeting (if Twitter can’t add US users when the most high-profile person in the US is so active, will they ever be able to?). But Twitter did offer some explanation for this.

First off, Twitter says a change to the way Apple’s Safari browser treats links reduced the amount of active Twitter sessions, while they also cited increased efforts to stamp out fake profiles and bots as a reason for reduced activity.

As part of the investigation into potential tampering by foreign organizations during the 2016 US Election, Twitter has noted that more than 1.4 million users had interacted with Russian-backed spam accounts during the campaign – though they have said that only 3,800 bots have been identified.

In addition, Twitter recently removed more than a million bot accounts identified as part of a New York Times investigation into suspect activities – though given the recency of those actions its unlikely to have had any impact on today’s numbers.

Still, even with fewer users, where Twitter would prefer to draw your attention is to daily activity on platform, which, once again, saw a double-digit increase. 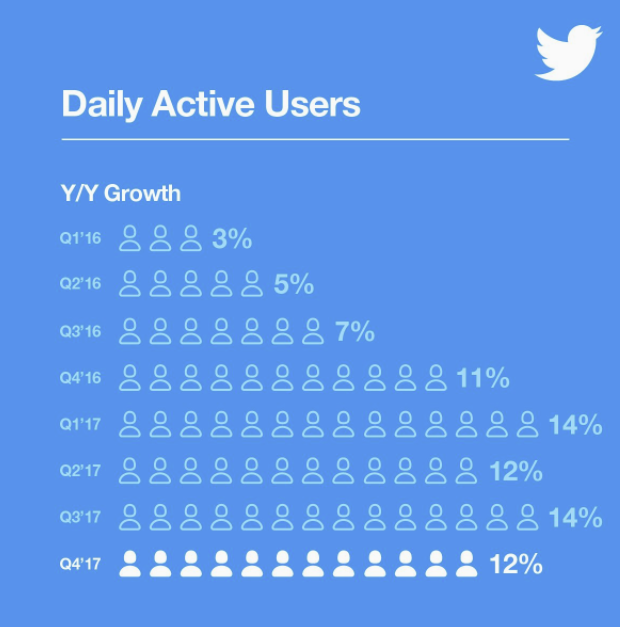 What does that mean exactly? We don’t know, Twitter doesn’t publish DAU numbers, but the message Twitter’s pushing is that this shows their efforts to improve engagement – which, in this quarter, included doubling tweet length and adding simplified ‘Threads’ – are working, even if they haven’t been able to boost the total user count.

On extended tweets, specifically, Twitter CEO Jack Dorsey explained that while people now have more room to tweet, most are not actually using those extra characters, so it’s not causing more cluttered timelines.

These are similar to the engagement stats Twitter quoted when announcing the full roll-out of 280 character tweets – tweets haven’t necessarily got longer, but the added flexibility has made tweeting easier, which was an important part of Twitter’s push.

So while Twitter’s user count isn't growing, engagement and interaction is. That explanation seemed to satisfy the market, with Twitter stocks rising as much as 30% in early trade, their biggest jump since 2013 – though the bigger part of today’s results was actually on the revenue side. For the first time ever, Twitter turned a profit, and a $91 million result at that. 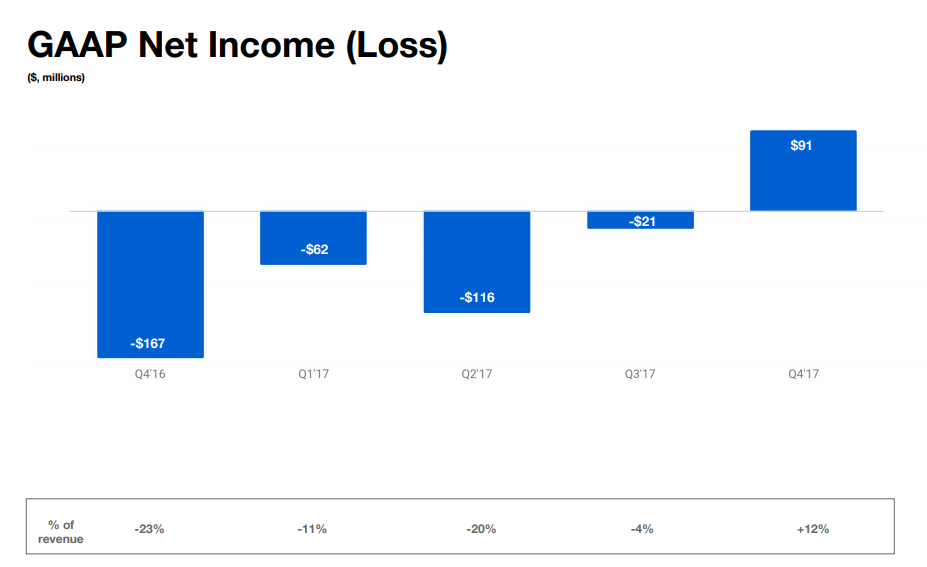 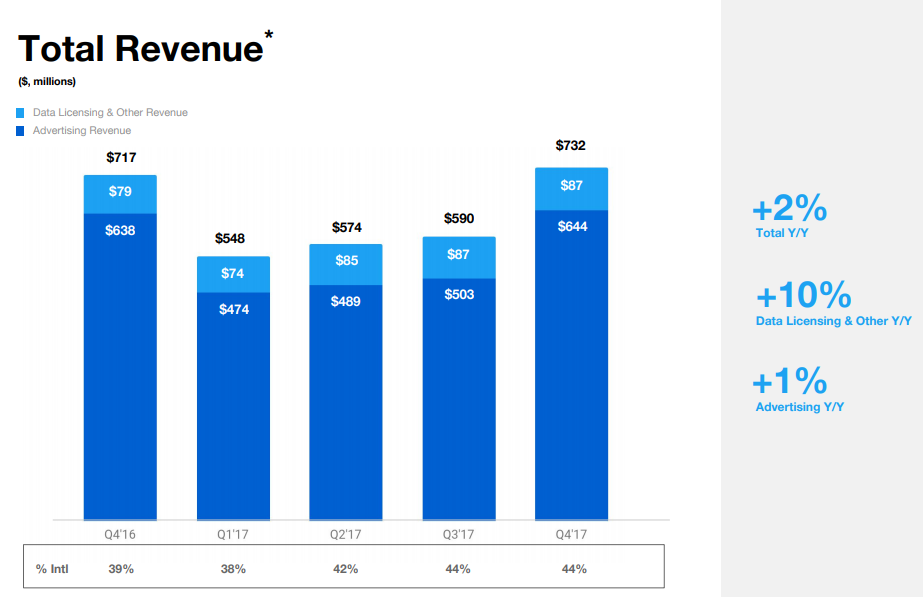 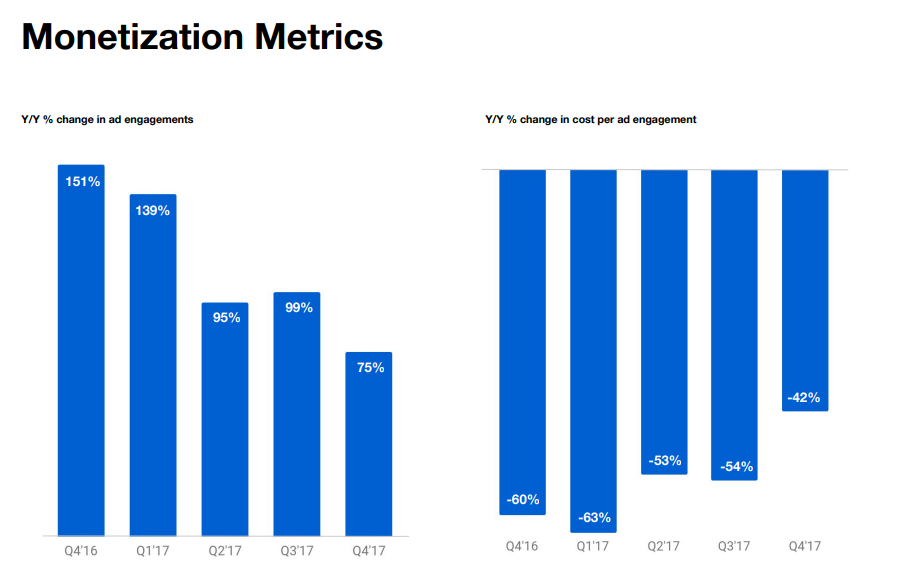 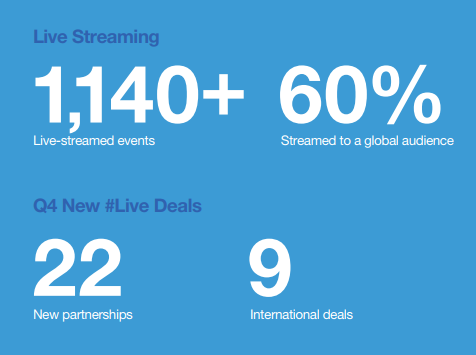 Worth noting too, Twitter’s data licensing business rose 10% for the quarter, further adding to the overall gains.

Overall, it was a strong report card for Twitter – and as noted, with increased uncertainty about Facebook’s coming algorithm changes, it may be that platforms outside of The Social Network stand to gain the most as businesses look to alternatives to prop-up their numbers.

On one hand, that goes counter to Facebook’s perceived mission of absolute dominance, but then again, given the size of Zuckerberg’s ever-expanding empire, there’s no doubt room for them to allow other players to co-exist without it having any significant impact. The issue seems more philosophical than logical, but it'll be interesting to see if Facebook feels a need to re-think their approach if other platforms continue to gain as a result.

But right now, Twitter is fairly satisfied with the results.

I’m so proud of the @Twitter team. We did what we said we were going to do. Our focus and self-discipline continues to improve. Thank you team! And thanks to all of our shareholders for the patience and support. 2018 is going to be a great year.

Indeed, 2018 is definitely going to be an interesting year in the social space.