While Twitter's little algorithm tweaks and updates which inject more tweets into your timeline may not be the most popular with all users, it does seem that they are having the desired effect.

As per Twitter's Q1 2019 performance report, the number of active users on the platform has increased in the last quarter - it still remains down on what it was a year ago, but it's enough to suggest that Twitter's engagement nudging efforts are working, at least to some degree. 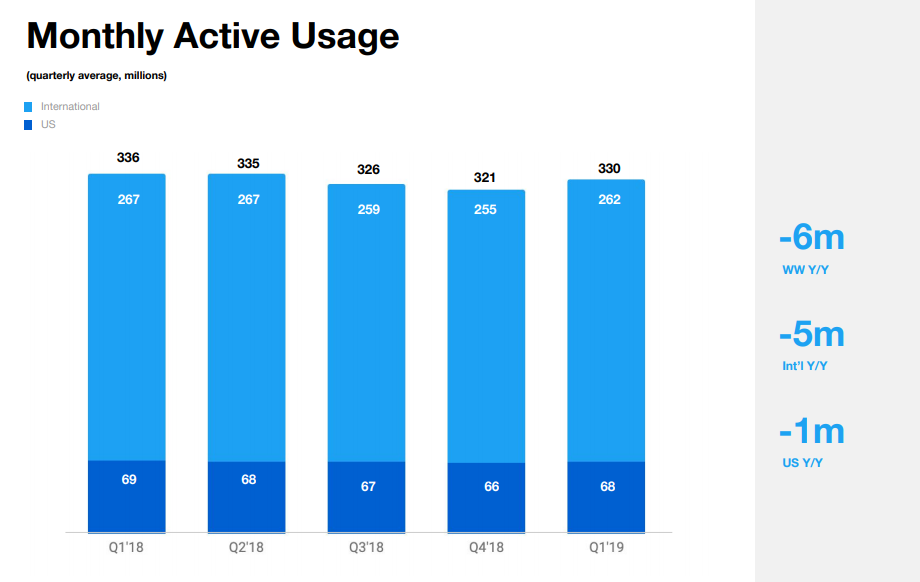 330 million monthly actives, of course, pales in comparison to Facebook or Instagram, but it's still better than Snapchat, Pinterest, LinkedIn and pretty much every non-Facebook owned player in the social media market.

And really, that's something that the market has to accept. As noted by Bloomberg, "Twitter will never be in the internet big leagues occupied by Facebook Inc. and Google", and despite Twitter riding the initial social media boom with Facebook, the companies have gone in vastly different directions. Yes, Twitter and Facebook are both social media companies, but in every other way, they aren't comparable. Judging Twitter, or any other social platform, by Facebook's standards is unrealistic - you're better off viewing each platform's numbers in isolation and judging performance against their own previous metrics.

On that front, Twitter is performing well - and this period, we've also got our first update on Twitter's new 'Monetizable Daily Active Users' or 'mDAU' chart. 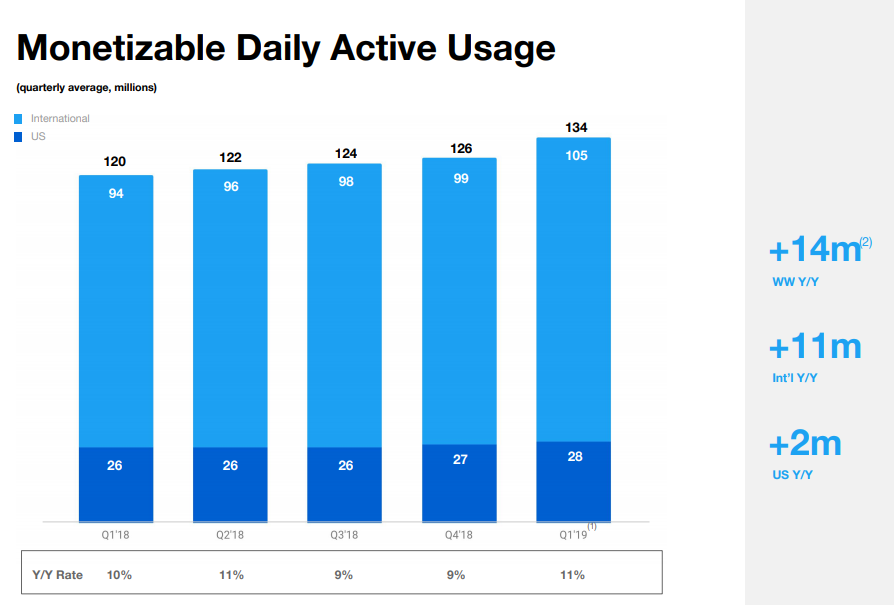 Twitter announced in its Q4 '18 report that it would switch to mDAU as a reporting metric as it better reflects what it's optimizing for in its efforts.

The idea of this metric, Twitter says, is not to display the highest possible metric in order to compete with other platforms (which, as noted, it can't anyway), but to show that it is doing better at building an audience which it can show ads to, by creating a more engaging, active ecosystem, and providing improved ad products.

That makes sense, even if the number doesn't look as impressive - but the idea, again, is to strip out the spam traffic, the bots, the extraneous numbers that may look good in terms of volume, but don't actually mean anything from a business perspective.

Twitter's trying to be more honest about how many people it can serve ads to - and that metric, over time, is improving a lot.

Again, the mDAU count doesn't look as impressive, but it is being reflected in two key areas for Twitter - revenue and ad performance. 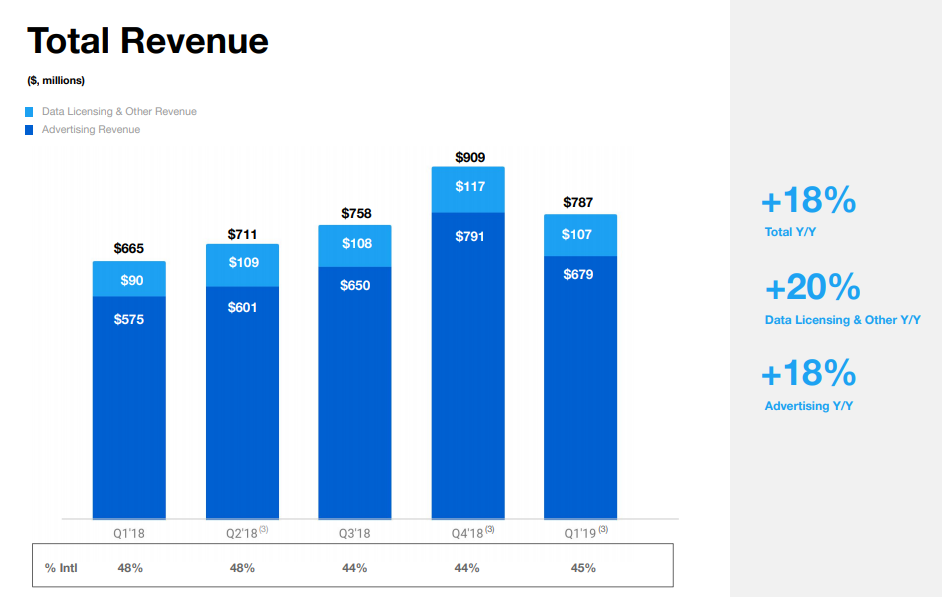 Advertising sales rose 18% in Q1, the fifth consecutive period of gains for the company. In addition, the company has also been able to stabilize spending, meaning it's now generating real net income.

Twitter has also reported improvements in its ad performance, with a 23% increase in ad engagements. 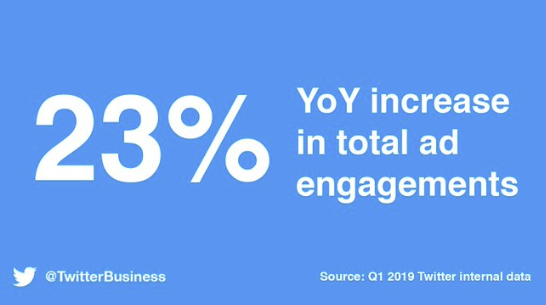 That reflects exactly what Twitter is aiming for with its mDAU count - yes, the total number of users is down on what it was a year ago, but in a pure business sense, those more general metrics are not necessarily indicative of actual, revenue-generating performance. What Twitter is improving on is engaging the users that are on the platform, providing more content of relevance to keep them around, and evolving its ad targeting tools to help advertisers reach just the right people at just the right time.

Most of that strength came from the US, however Twitter is also seeing significant gains in international markets: 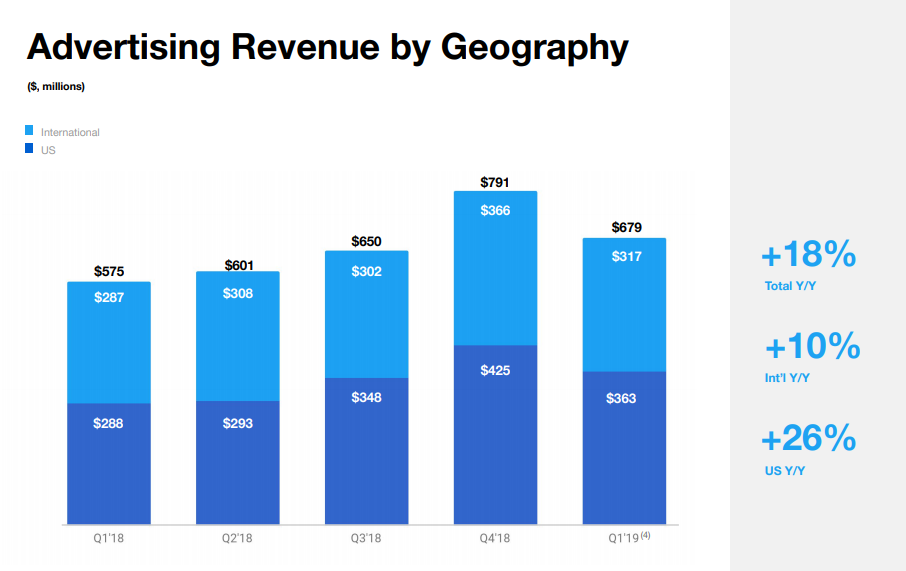 In addition, data licensing and other revenue generated $107 million for the company, an increase of 20% - another key, yet often overlooked, element of the platform's business growth.

Twitter shares rose 18% following the release of the report.

It's a good update from Twitter, a good example of how re-framing its metrics is not so much an avoidance tactic, a way to distance itself from the ever-present (and unfavorable) comparisons with Facebook, but an actual performance indicator, a means to more accurately show that the company is, in fact, improving in key areas. The MAU count clouds this, as it's not (or hadn't been) rising, and it's not on par with Instagram or others so it looks like Twitter is falling behind. But the data here shows that Twitter is actually getting better at being a business, and generating real, sustainable income.

That's not to say Twitter is excelling on all fronts - the platform still has a way to go on protecting users from trolls and abuse, on fixing its broken verification system, on employing enough staff to deal with the many reports it sees coming through every day. But the results show that Twitter is becoming a more mature business - an actual business, as opposed to a speculative earner based on popularity.

And for marketers, there are some particularly positive signs. Twitter's getting better at showing ads to the right people, resulting in significantly improved ad performance rates. Worth considering in your process.