After posting yet another decline in total users in its latest performance report, Twitter has decided that rather than face the ongoing criticism associated with such declines, it'll just stop reporting them instead. No harm, no foul.

It's another mixed result for the network - first off, as noted, Twitter saw a further decline in monthly active users, which it's attributed, at least in part, to its ongoing efforts to remove spammers and bots from its platform. 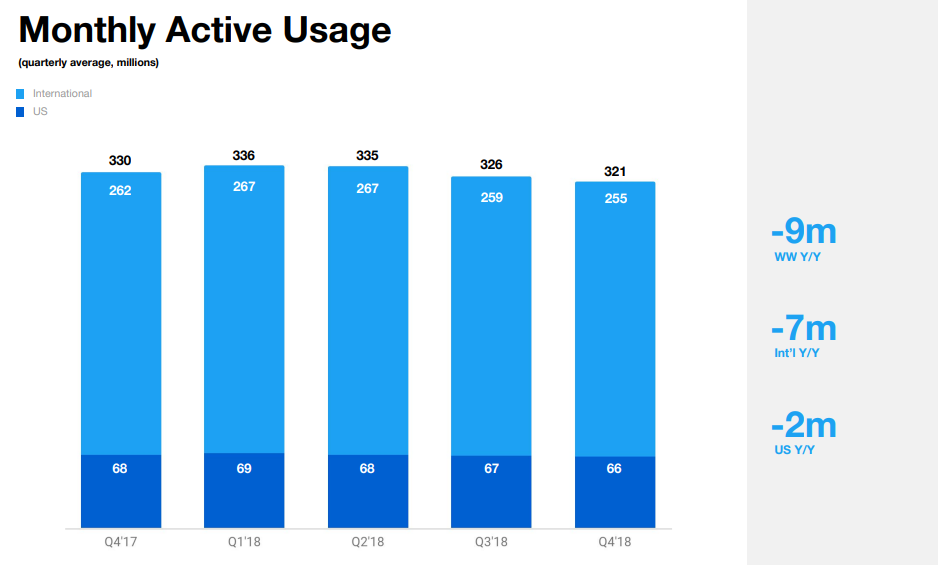 "...growth was impacted by ongoing health efforts in Q4, both due to how we resourced and prioritized our work and the impact from ongoing success removing spammy and suspicious accounts."

Given this, it seems unfair to criticize Twitter on this figure, right? I mean, they're actually cleaning up the platform - they're getting rid of the spam and junk, which is what they should be doing. Right?

That's the logic behind Twitter's decision to switch to a new metric - 'mDAU' or 'Monetizable Daily Active Users'. 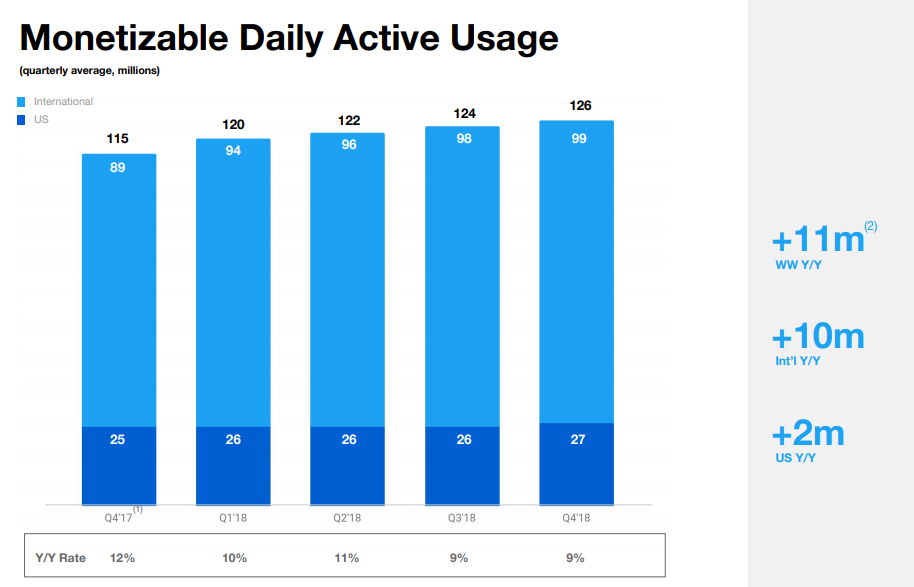 "Monetizable DAU are Twitter users who log in and access Twitter on any given day through twitter.com or our Twitter applications that are able to show ads. Our mDAU are not comparable to current disclosures from other companies, many of whom share a more expansive metric that includes people who are not seeing ads. We considered changing our disclosure to be comparable to other companies, but our goal was not to disclose the largest daily active user number we could. We want to align our external stakeholders around one metric that reflects our goal of delivering value to people on Twitter every day and monetizing that usage."

So mDAU is the actual number of users eligible to be served ads on Twitter - and Twitter's doing comparatively good on this front. And given that this chart obviously looks better than that steadily descending MAU one, Twitter has decided that this is the only user metric it's going to provide moving forward.

"As mDAU will be the metric we use to show the size of our audience and engagement going forward, we will discontinue disclosing MAU after Q1’19."

I mean, it makes sense - Twitter's trying to show that it's doing better, that despite its broader base numbers sliding, the amount of people who are actually engaged and using the platform is on the rise. Yes, that means that Twitter's serving fewer users overall, from a pure metrics standpoint, but its subsequent monetization opportunities are improving - good result.

Well, kind of - the markets didn't care for Twitter's revisionist framing and sent shares in the company down 6%.

The other element which drove Twitter's share price lower was its revenue projections - Twitter's forecasts for Q1 '19 revenue came in below Wall Street estimates, while it's also projected its expenses to be higher, again as a result of its platform clean-up efforts. As such, despite posting a 24% YoY improvement in Q4 revenue, market enthusiasm was flat, with growth at the platform expected to take a significant hit. 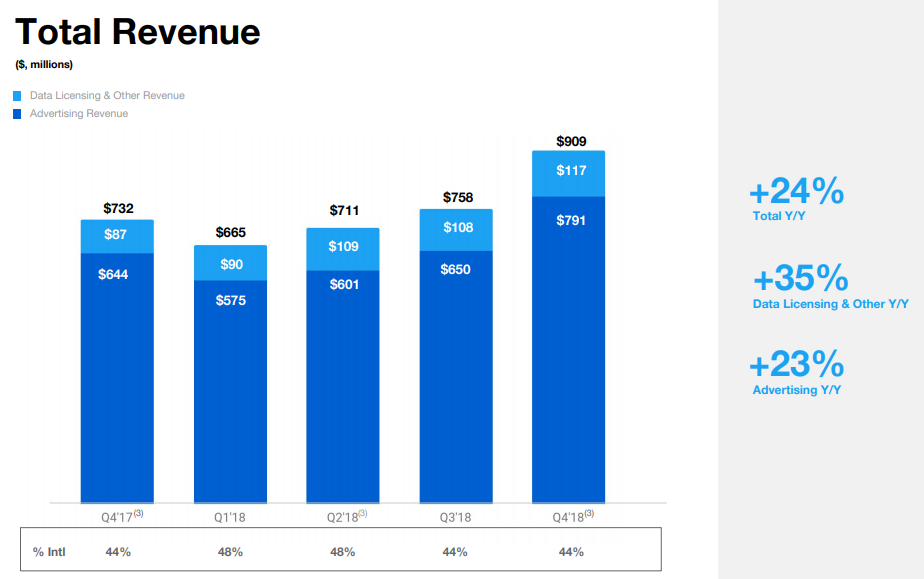 It's difficult for Twitter to portray its performance in a positive light here. While the logic of their explanations behind the various impacts make sense, the market needs to see hard facts, that there's not a lot of light at the end of the tunnel, beyond simply making Twitter and better place to interact. An improvement in platform health is good, but from a market standpoint, that's only because it'll likely result in an increase in active usage. Twitter can't really show that in any significant way, at least not at this stage, and while the switch to addressable audience reach is a more transparent measurement, it also means that Twitter's 126 million active users is now lower than Facebook (1.52b DAU), Instagram (500 million DAU for Stories alone), Snapchat (186 million DAU), and potentially fewer than Reddit, LinkedIn, Pinterest and even Quora on the scale of reach, all of which only provide MAU counts.

Of course, as noted, those platforms are not using the same methodology, as Twitter points out - Twitter could share its highest possible DAU or MAU count and leave it at that. But the company's trying to be more responsible. But that might not matter, especially if there's no feasible comparison provided by competitors in the market. 126 million users is not, comparatively, a lot - it could, in reality, be better than others, but will advertisers take that into consideration? Will that help Twitter generate more ad spend in the long term?

This is impossible to project, but it does seem like a risk on Twitter's part. If Twitter can continue these trends, and show that its efforts to clean up its platform are resulting in more users coming back, more often - and that that, in turn, is producing better advertiser results - then it could end up being a worthy switch.

But it's hard to know at this stage. Selling big spending advertisers on a significantly lower overall audience count will certainly be a challenge for Twitter marketing team.