Excited about Valentine's Day? Got a present for your loved one wrapped and ready?

If you answered 'no' and 'no', you may prefer this - this week, Twitter has opened a temporary pop-up store in London called the 'Dating Twitter Advice Bureau', which showcases the best in impractical, embarassing and unromantic tweet tips on relationship-building.

Love is in the air. And now it’s in Covent Garden.

Twitter has partnered with comedian Phil Wang to provide an overview of what's on offer.

A bunch of dating tips from @PhilNWang and the #DatingTwitter Advice Bureau.

Beats a bunch of roses. pic.twitter.com/D7eMQ4KvIN

As you can see, the campaign takes a lighter look at the event, while also showcasing some of the best in irreverent tweet comedy. The Bureau will be open for one weekend, with Twitter hoping to raise interest in its platform, and boost content awareness.

Not sure why, but it does seem that the British love a pop-up.

Twitter's actually opened several pop-up stores in the UK as part of its awareness campaigns, including its Scottish Twitter Visitor Center ​as part of Edinburgh Fringe last year. 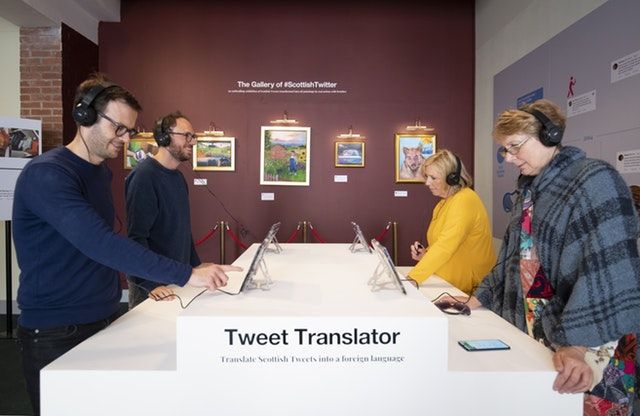 Facebook also opened up five temporary cafes in the UK last year, where users were able to get assistance and advice on their privacy settings, as well as a free coffee.

I mean, similar pop-ups have been used by social platforms in other places too, but it does seem like the British are particularly keen on them.

Either way, if you're in London, you can check out the 'Dating Twitter Advice Bureau' this weekend.