The online video battle is heating up, with Facebook increasing its pressure on YouTube through the expansion of Facebook Watch and the launch of Instagram's 'IGTV'.

And while Facebook has the lure of a bigger audience, YouTube’s not going to give up its crown easily. In response to Facebook’s renewed push, YouTube has announced a range of new tools of its own, with a big focus on giving creators more ways to monetize their content – something Facebook's yet to master with its offerings.

First off, YouTube's rolling out a new channel membership option, which will enable creators to charge a recurring, $4.99 monthly fee to give viewers access to: 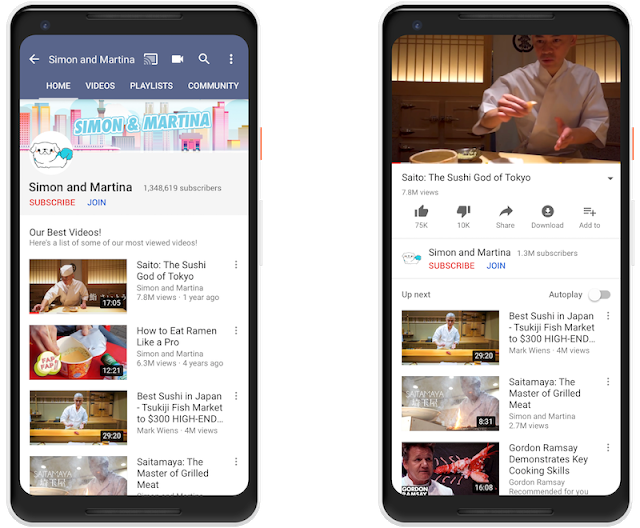 Subscriptions are regularly raised a potential option for the platforms themselves to make money, reducing the need for ads, but doing so would obviously impact growth - which most are not keen to do. By providing subscription options for creators within their platforms, they may open up a new path to monetization, through taking a cut from each.

At this point, YouTube will take a 30% cut of any sponsorship revenue (after local sales tax is deducted).

The option will no doubt be welcomed by creators, who’ve been calling on YouTube to expand its revenue generation options - and according to YouTube, it's already been generating solid results in beta:

“Creators who have been experimenting with this feature on YouTube have seen encouraging results. Since launching in January, comedy creator Mike Falzone more than tripled his YouTube revenue. And traveling duo Simon and Martina have built a closer-knit community and revamped a miniseries exclusively for their members, in more than 30 countries from Finland to the Philippines.”

Channel memberships will soon be available to all eligible channels with more than 100,000 subscribers (which, as you’ll see from the other announcements, appears to be a key threshold figure for the platform).

YouTube will also now enable creators to add a merchandise ‘shelf’ below their videos to help them sell related products.

“Merchandise has been a part of many creators’ businesses for a long time. We want to make it easier for more creators to sell merch directly from their channel. So we’ve built a product that allows them to do just that. From shirts with a logo to phone cases with a creator’s face, we’ve joined forces with Teespring so creators can choose from over 20 merchandise items to customize and sell via a shelf on their channel.”

The new merchandise shelf will be available to all eligible U.S.-based channels with over 10,000 subscribers starting today, with a plan to expand the tool further in the near future.

YouTube’s also looking to tap into the popularity of live-streaming by enabling brands to re-create the live experience with pre-recorded content.

The idea is that by scheduling a broadcast, even if it’s not live, you’ll be able to facilitate the engagement of a live video by getting all your fans into a virtual viewing party.

“When creators choose to release a Premiere, we’ll automatically create a public landing page to build anticipation and hype up new content. When fans show up to watch the premiere, they’ll be able to chat with each other (and with the creator) in real time via live chat. It’s as if a creator’s entire community is in one theater together watching their latest upload.”

If it sounds a little familiar, that’s because it is – Facebook announced the exact same option back in April, also called ‘Premieres’. 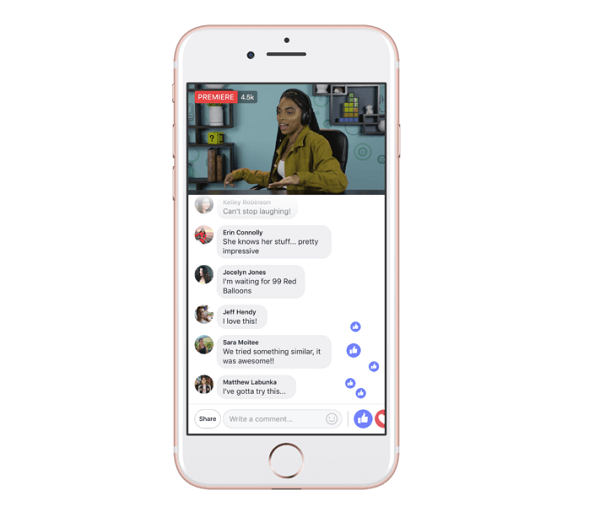 Note the indicator on the Facebook video above here says ‘Premiere’ not ‘Live’ – which YouTube is also doing (though their indicator is at the bottom of the screen). I guess everything is up for duplication these days, especially since Facebook so blatantly copied Snapchat.

The one extra benefit that YouTube’s Premieres will have over Facebook’s is that YouTube will also allow the use of their Super Chat live-streamer payment option on Premiere videos too. 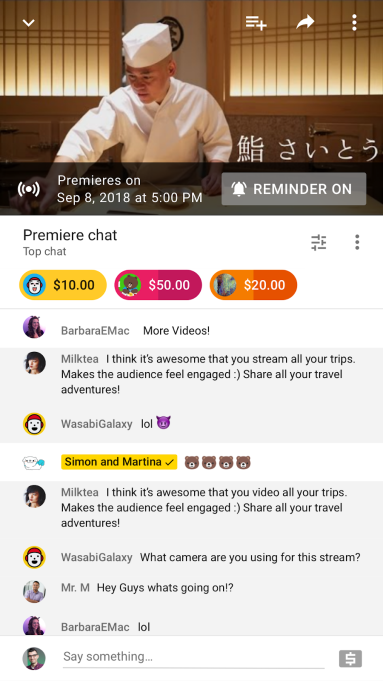 Up till now, this option has only been available on live-streams.

Premieres is being rolled out to selected creators this week, and will be available more broadly soon.

There’s a heap to take in for video creators, a heap of new tools that will enable them to better monetize their channels and generate income from their work.

There’s no mistaking the potential of YouTube in this regard – and with competitors looking to steal away prominent creators, YouTube's clearly stepping up its game.

Can Facebook provide similar financial incentives? Will expanded reach be enough of a draw?

There’s definitely a lot to come on this front yet.

View all | Post a press release
Crimson Coward's First Texas Restaurant
From Crimson Coward
80% of Gen Z Shoppers To Use Social This Holiday
From SimplicityDX
Livestream Shopping Survey by The Influencer Marketing Factory
From The Influencer Marketing Factory
Read next
Latest in Content Marketing
Industry Dive is an Informa business
© 2022 Industry Dive. All rights reserved. | View our other publications | Privacy policy | Terms of use | Take down policy.
Cookie Preferences / Do Not Sell