With the pandemic forcing more and more of us to work from home, video meeting platform Zoom has come into its own in 2020, going from niche, enterprise platform to a commonly used verb for connecting digitally.

The app surged from 10 million daily active users in December 2019, to 200 million in March, and that's given Zoom a whole range of new opportunities. And this week, the platform's seeking to capitalize on that attention with new event discovery and monetization features, which will enable paid Zoom users to create and host ticketed online events.

"Today, Zoom proudly unveils the public beta for OnZoom, a one-of-a-kind online events platform and marketplace that supports – and salutes – the creativity, perseverance, and innovation that enabled so many people to adapt their in-person events to virtual or hybrid experiences."

As noted, OnZoom will enable paid Zoom users to schedule and host one-time events, event series', or drop-ins for up to 1,000 attendees. Organizers will be able to list and sell tickets on the platform, and promote their events via social media. 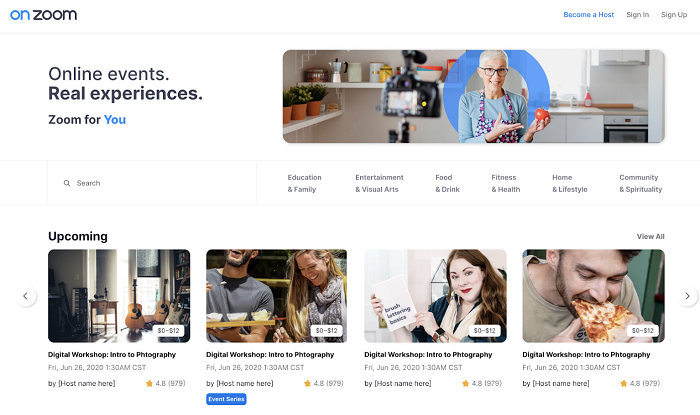 There's a wide range of ways in which OnZoom could be utilized, and given the need for paid digital event options, and the ubiquity of Zoom, it'll no doubt prove popular for many businesses and creators seeking a new outlet to connect with audiences.

Zoom's ticketing system is powered by PayPal, so you'll need a PayPal business account to monetize your video meetings, while users will also be able to pay by credit card (more information here). Zoom doesn't charge a platform fee, but you do need to be a paid Zoom user to host events.

In addition to this, Zoom has also announced the next stage in its revised security plan, as it continues to address concerns with vulnerabilities in its system.

All the extra attention the platform has gained has also brought additional scrutiny, which had highlighted security flaws in its process. Zoom has invested a lot into improving its data privacy and protection measures, including the addition of support for AES 256-bit GCM encryption back in April.

In June, Zoom also flagged the integration of full end-to-end encryption for Zoom meetings, providing another level of assurance. And now, it's moving into full testing for its E2EE solution. 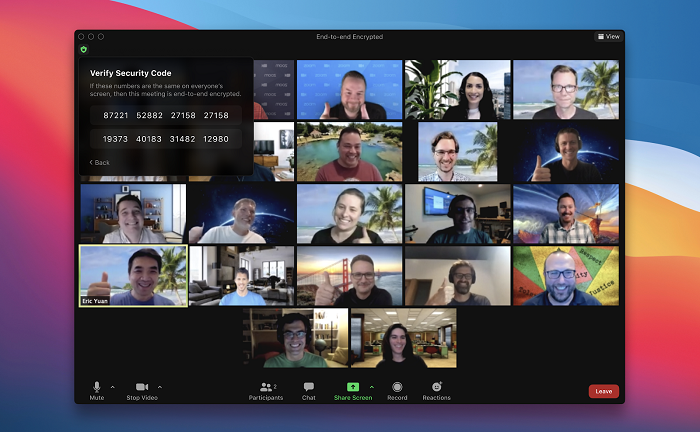 "We’re excited to announce that starting next week, Zoom’s end-to-end encryption (E2EE) offering will be available as a technical preview, which means we’re proactively soliciting feedback from users for the first 30 days. Zoom users – free and paid – around the world can host up to 200 participants in an E2EE meeting on Zoom, providing increased privacy and security for your Zoom sessions."

That's an important point - when Zoom first announced E2E encryption, it initially said that only paid users would have access to the option. It revised its stance shortly after, and now, all users will be able to access the additional security measures to keep their Zoom data safe.

Zoom's additional security measures came under another level of scrutiny back in June when the company shut down the account of a user was holding a video meet-up to commemorate China’s Tiananmen Square crackdown. The incident highlighted Zoom's ties to the Chinese Government, which given the high-profile case of TikTok, has raised concerns about potential monitoring and spying by Chinese officials.

That's caused some companies to move away from Zoom as their meeting platform of choice, but the additional encryption measures, along with the company's other security updates, will help to allay those fears.

With these new tools, Zoom looks set to take its growth to the next level, and solidify its place as a key video meeting provider. Zoom has also recently announced new integrations with LinkedIn and Facebook's Portal device, providing even more ways to stay in touch via Zoom meet-ups.

If you're looking to run a digital event, it may well be worth looking into OnZoom and its marketplace, while E2E encryption will be made widely available soon.