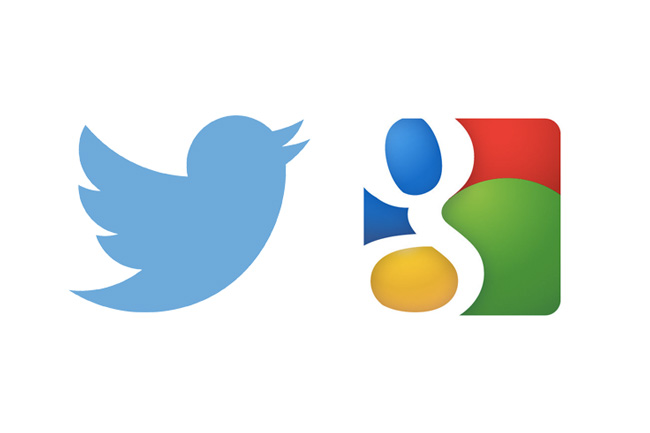 It's been five months since Twitter announced a new deal with Google, granting the search giant access to it's full fire hose of tweets. Since then we've seen hints of what's to come, with real-time tweets appearing in mobile search results, along with notes about upgrades to desktop searches coming soon. But in reality, what's changed? Tweets have always appeared in Google search results, it's just that under this new deal, Google has the freedom to index real-time content, to enhance their search capabilities by indexing every tweet, if they so wanted. But such a task would be a major undertaking - there are some 9,000 tweets sent every second, building additional search capacity around such a rapidly expanding content base ain't easy. Given that, how much content is Google now indexing as a result of the new Twitter partnership? The ever-insightful guys at Stone Temple Consulting have done some research to find out, and the results highlight some important correlations for brands.

More, and More to Come

In a new study, The guys at Stone Temple have found that Google is indexing a lot more tweets than they were before the deal came into effect, though they're still not indexing the majority of Twitter content. Back in February, when the Twitter/Google deal was first announced, the Stone Temple researchers took a snapshot of how many tweets Google was indexing at that time, finding that around 0.6% of Twitter content was being included in Google search results. In June, when examining the same parameters, those results increased to 3.4%, meaning 466% more Twitter content is now being included in Google search - though that still means around 96% of tweets are not being included.

On one hand, the results show that the new Twitter/Google partnership has not put an increased emphasis on tweet value in an SEO sense, as many had expected - if tweets were able to take on additional SEO value that would significantly boost their importance for brands and businesses, as they'd not only get the initial Twitter exposure, but also have the added benefit of increased presence in related searches via Google. If the vast majority of tweets are not being indexed, then that additional SEO value is largely not apparent, as yet - though as noted by the researchers from Stone Temple, "as yet" is an importance distinction in this case.

While Google doesn't have the capacity to index all tweets, all the time, they're no doubt working on ways to better utilize and index as much Twitter data as possible. The integration of Twitter data will evolve over time, seeing more tweets appearing more regularly, where they can add context and value for Google users. In that sense, an increase of 466% is very significant, in that it shows that Google is going to effort to utilize more Twitter data - and when tweet results start appearing in desktop searches as well, that number will no doubt increase further.

So if Google is only indexing a certain amount of tweets, which tweets are they picking out and presenting in search results? Stone Temple's study looked at several factors which may be influential in Google's tweet selection process, correlating the results to test how Google's tweet indexation is working. The data showed that tweets from profiles with higher follower counts are definitely appearing more often in Google search results: 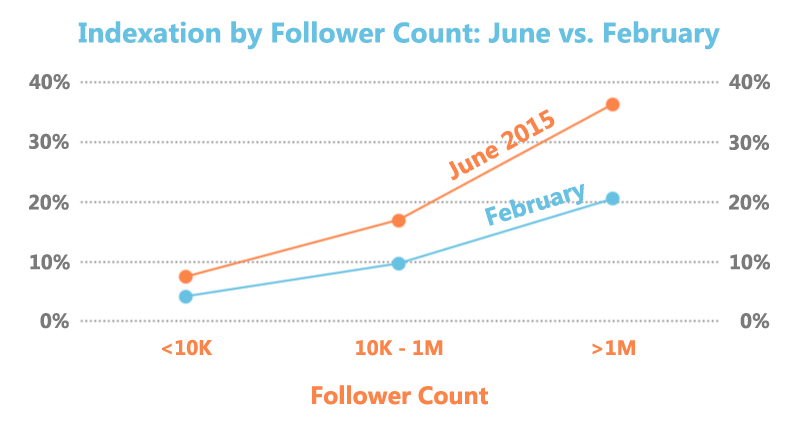 What's more, the researchers then analyzed whether tweets from profiles with higher authority, based on Followerwonk's "Social Authority" metrics, were being featured more prominently:

The results show that Google is taking into account authority rankings, in some form, when choosing which tweets to present in search results. Follower counts can easily be cheated, but actual authority - based on actions taken on the platform and engagement levels on tweets - is a more indicative measure of a profile's relevance and social standing, and thus, increases the likely relevance of their tweet content to a search query. Utilizing this measure, Google is effectively filtering out the noise and prioritizing more authoritative data - which makes sense, given the way Google's search algorithms are constructed around backlinks and authority signals to prioritize the most relevant results.

What does this mean for brands and businesses considering the impacts of the new Twitter/Google deal? It means that your Twitter presence can play a role and provide value in an SEO sense, but your actual Twitter standing is also a significant factor in this correlation. Does that mean brands should be spending more time on Twitter to ensure they maximize the potential SEO benefits of the new partnership? Maybe. It depends on what people are searching for, what they're finding when they use Google to look up content related to your business or offerings. There could be significant value there, if the tweets Google highlights to a user present a more positive or negative impression of your offerings, but there's no way of knowing, for sure, whether being more active on Twitter will result in you seeing more benefit from any Twitter/SEO relationship, at this stage, at least.

What these results do suggest is that there's likely to be increased benefit of Google exposure for brands that have good standing and feature prominently in related discussions of their products and keywords on Twitter. Having people of higher authority talking about your products increases the prospects of your brand appearing via Twitter matches in related Google searches, and having people talk positively about your business can only be beneficial in this same context. In that respect, the data shows that brands should be considering their Twitter activity and presence in a wider sense, and how that could relate to further advances in the Twitter/Google partnership and future tweet indexation. Listening to your audience on Twitter, building a stronger, more integrated Twitter presence, may provide wider reach than on Twitter alone, and could prove significant, in the long run, if Google continues to increase the amount of Twitter content it indexes.