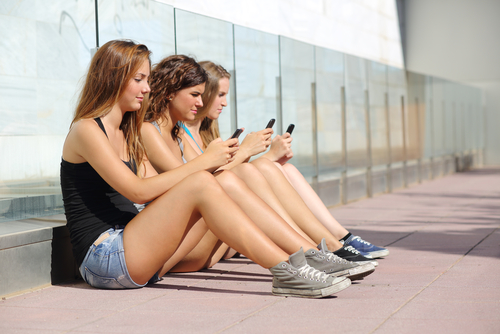 Millennial teens are the first generation to have no memory of a life without internet and cell phones. As such, they're seen as an important barometer, a yard stick, of sorts, as they're actions are highly influential of future trends, not to mention the fact that they'll soon be moving into more lucrative demographic brackets themselves. Processes utilized in younger years can be habit-forming, and as such, marketers are always keen to know what the kids are into, what the next generation is doing and what they can learn from such behaviors.

In line with this, marketing group Refuel Agency has produced a new report on the media consumption habits of Millennial teens. Their findings showcase some very important trends among Millennials, trends that no doubt all marketers will have an interest in - here are some of the key points.

The Smartphone is a Non-Negotiable

Over 55% of the 684 Millennial teens interviewed for the Refuel study indicated that their smartphone is the most important device to them. 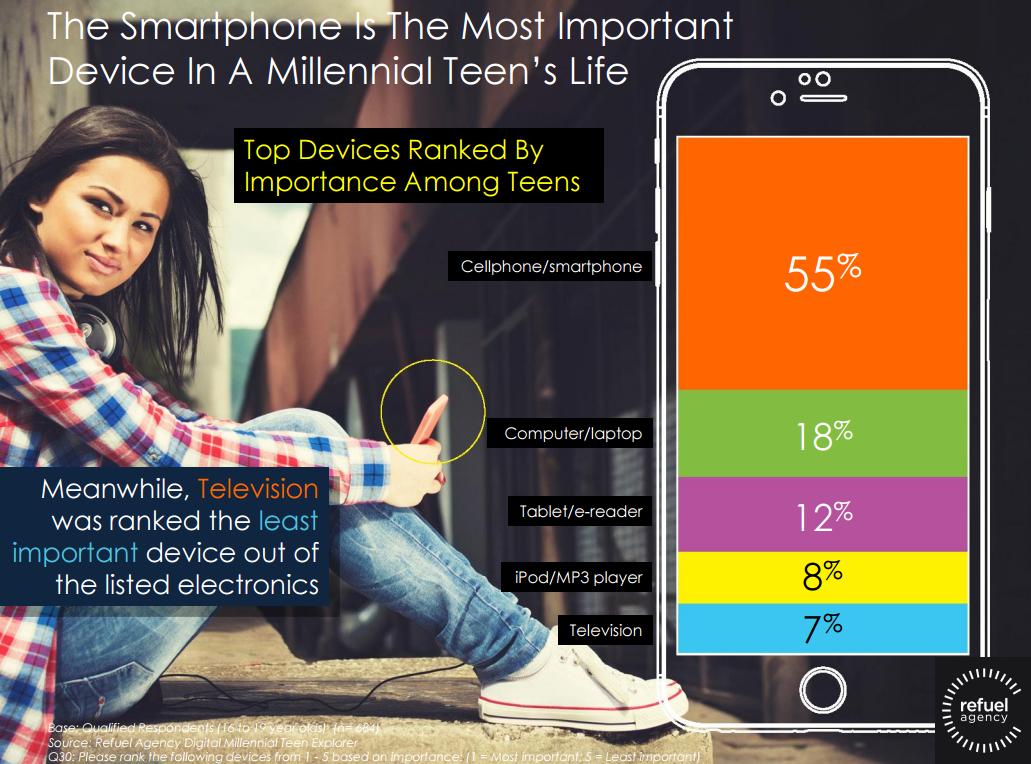 While this result is somewhat predictable, it's interesting to see the size of the majority which smartphones hold in this regard. This is particularly relevant in the comparison against TV (7%) - had this survey been conducted even five years ago, TV would undoubtedly ranked significantly higher. The decline in popularity of TV, at least in the sense of it being an essential linking device for teens, is a critical trend to note.

But what's even more interesting is the amount of time the respondents indicated that they spend with their mobile devices. 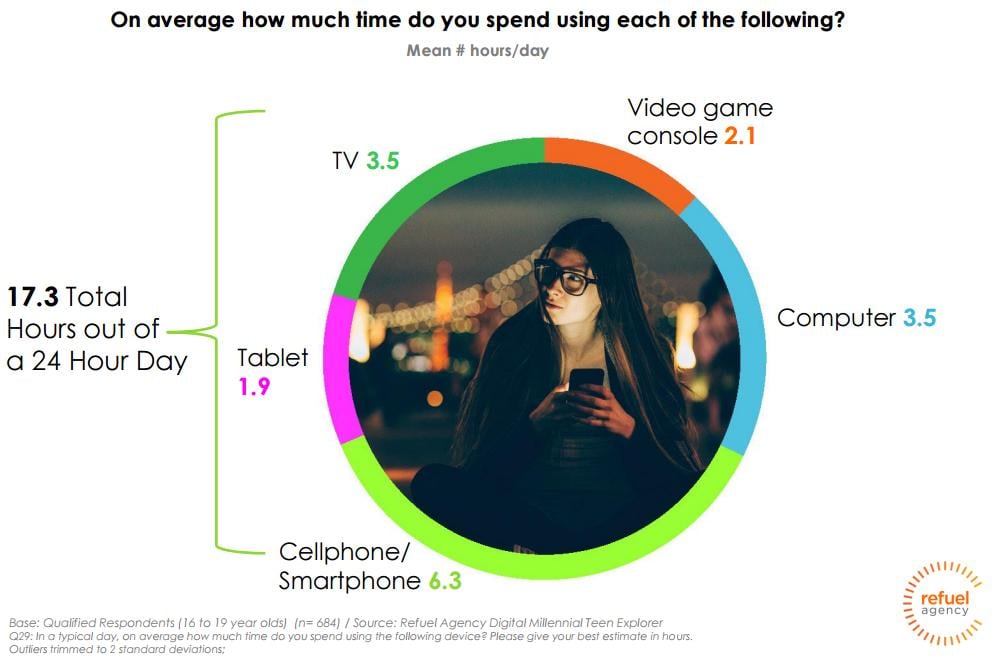 Smartphones come in at almost double the consumption hours of anything else. That's a lot of attention, a lot of time to reach the teen market on the platforms and devices of their choice. Overall, this data suggests that Millennial teens are spending 11.7 hours a day using a connected device (smartphone, tablet or PC) - 13.8 hours if you also include the connective elements of online gaming in that equation.

Texting is the Key Activity Among Teen Users

Backing up similar data from Pew Research, the Refuel report finds that texting is the most popular form of communication among teens - at least, during the school day. 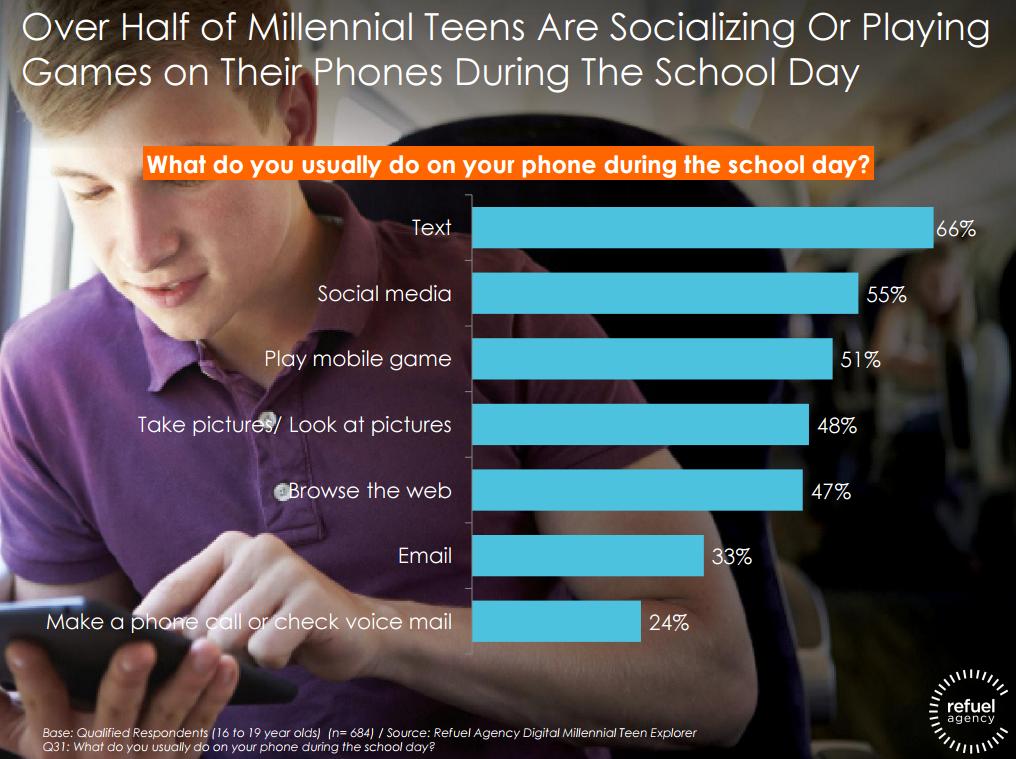 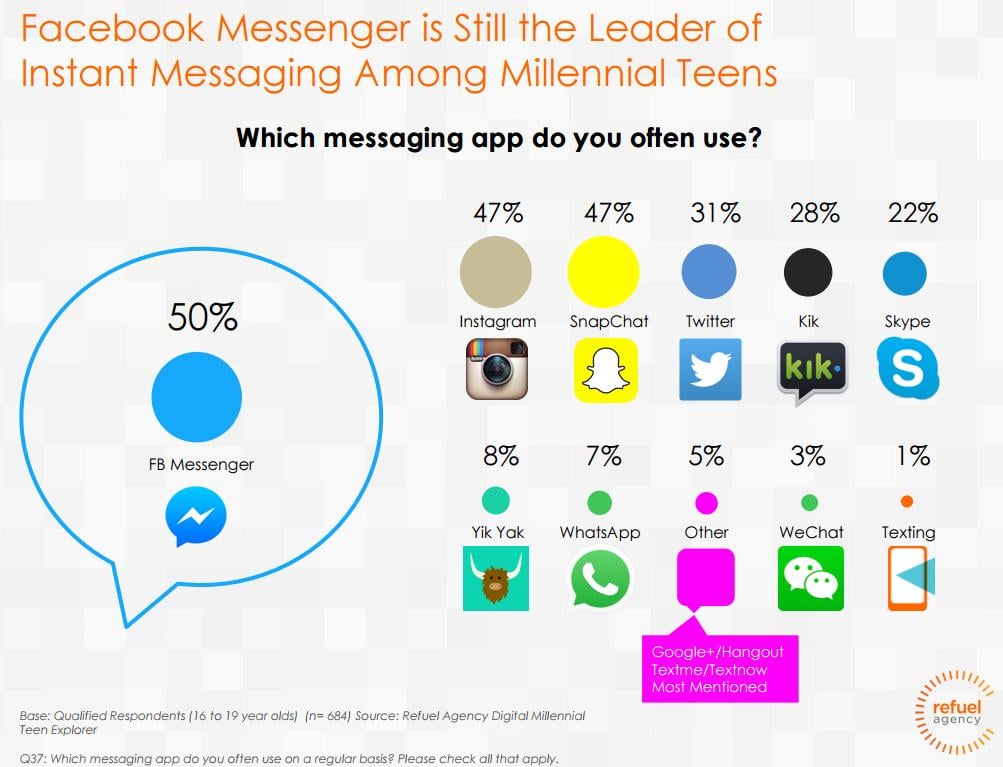 The popularity of Messenger remains fairly ubiquitous, and it'll be interesting to see if Facebook's gradual ramping of monetization plans for the app has any impact on this, particularly amongst the Millennial audience. The presence of Snapchat and Instagram comes as little surprise, and Yik Yak is one that all brands seeking to reach a millennial audience should be making themselves aware of.

In the wider online connectivity/social media landscape, YouTube leads the way, but it's all social networks after that. 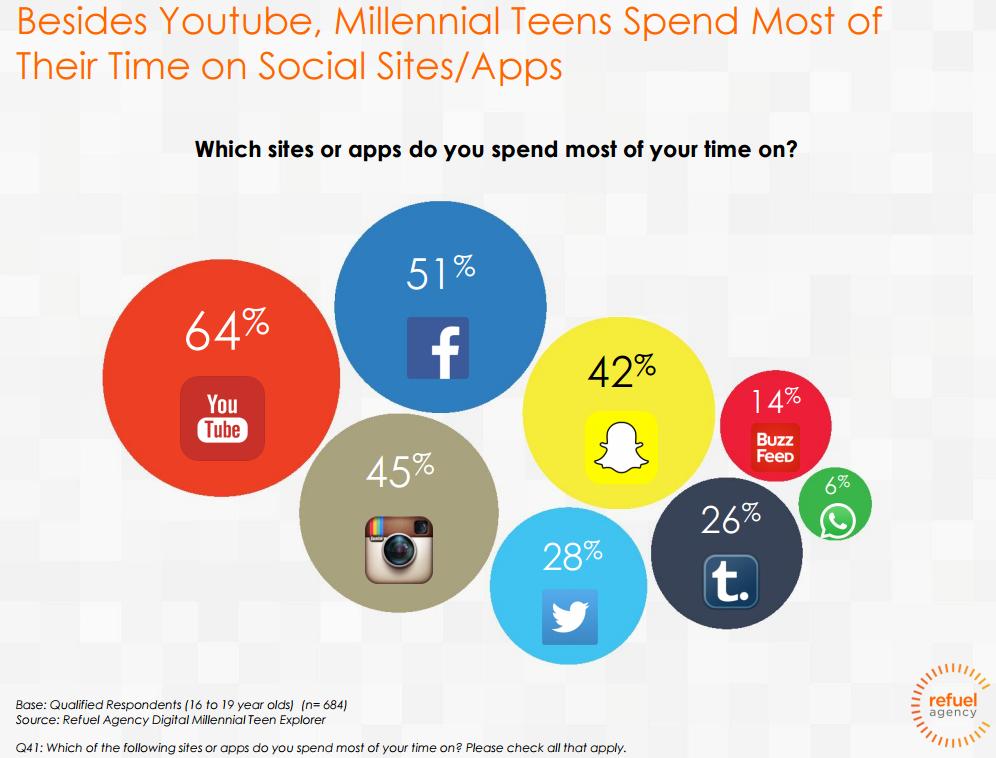 The listing largely reflects the top messaging apps and shows where brands should be looking to connect with the Millennial audience. Interesting, too, to see BuzzFeed among the sources listed.

One other interesting note from the social media usage stats is the propensity at which teens are willing to post content publicly to social media sites. 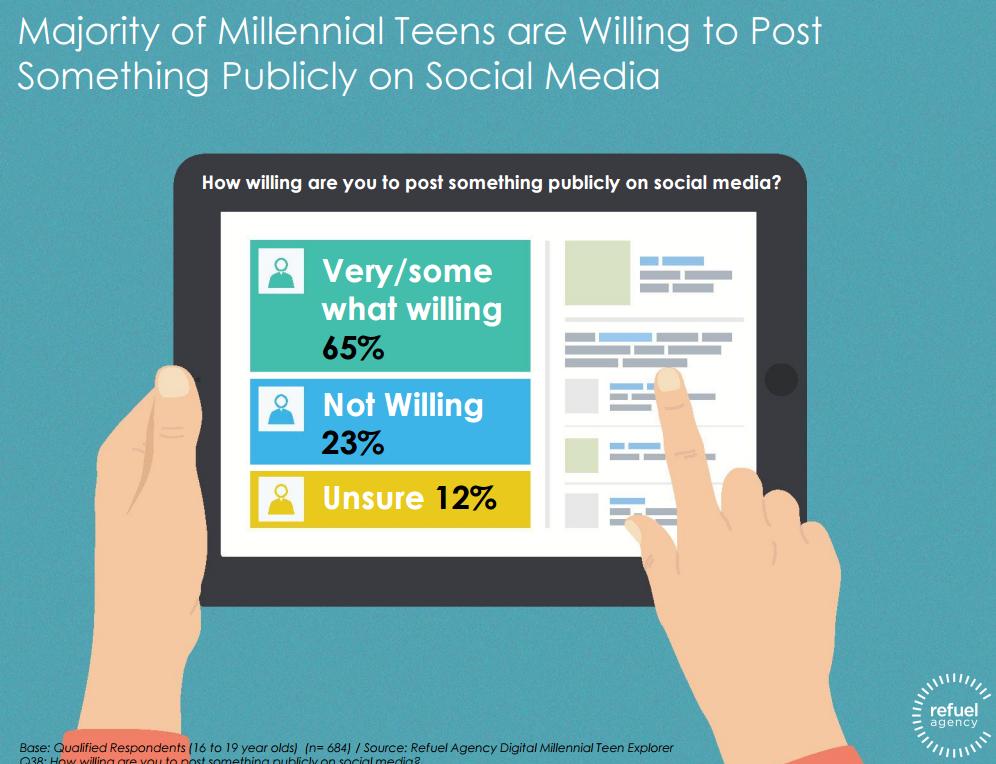 This is indicative of a growing trend - despite ongoing privacy concerns and the risks of wider exposure, social media users are increasingly willing to post content publicly. This is important, particularly in the case of brand mentions and discussion - if people are posting publicly about your brand, you need to be aware, as those comments can have wide reaching consequences.

Another finding of interest is the fact that 37% of teens have some level of influence over their parents' tech purchasing decisions. 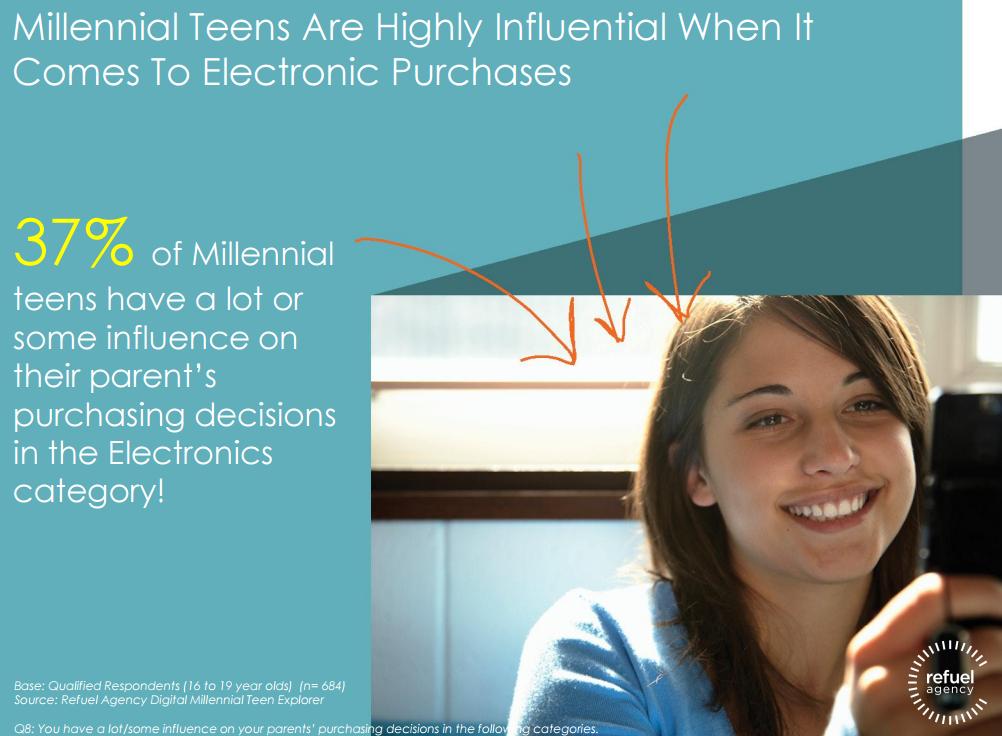 This makes sense, of course - parents who aren't as up to date on the latest electronics and gadgets might refer to their teens for help, but it's an area that's not often highlighted as a point of interest for marketers, and definitely seems like an influence factor that should be noted. If you're trying to sell electronics, even if they're not specifically aimed at the teen audience, it's worth paying attention to the appeal your products have to that market, and the way teens are talking about your products online.

Respondents to Refuel's survey also found that video ads are by far the most effective among Millennial teen audience. 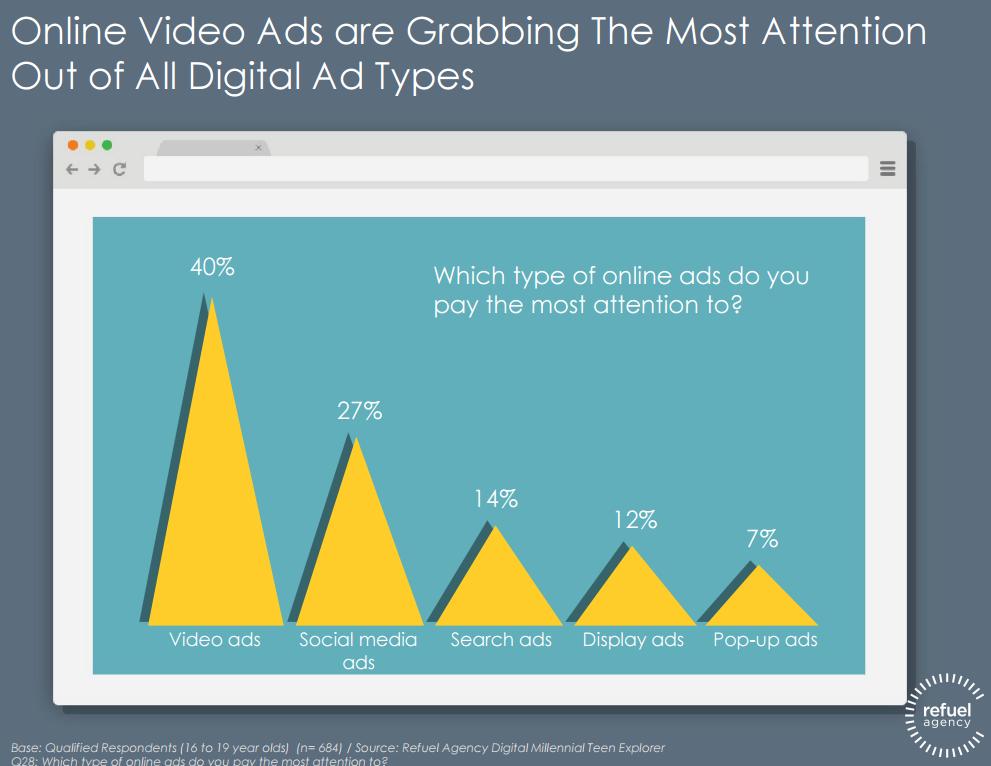 We all know the rising importance of video - it's the fastest growing ad category in the world right now and all the major platforms are looking to capitalize on this trend. Video content is something all brands should be considering - this finding, again, reinforces the importance of the video element in digital marketing.

The full Refuel Agency Millennial Teens Report, which includes a much wider range of insights and data into media consumption amongst this group, is available here and is worth checking out.