Twitter Opens Up Ad Platform to More Than 200 Regions

It's been a long time coming, but today, Twitter has announced that access to their self-service ad platform has been expanded from 33 countries to more than 200 regions across the world. 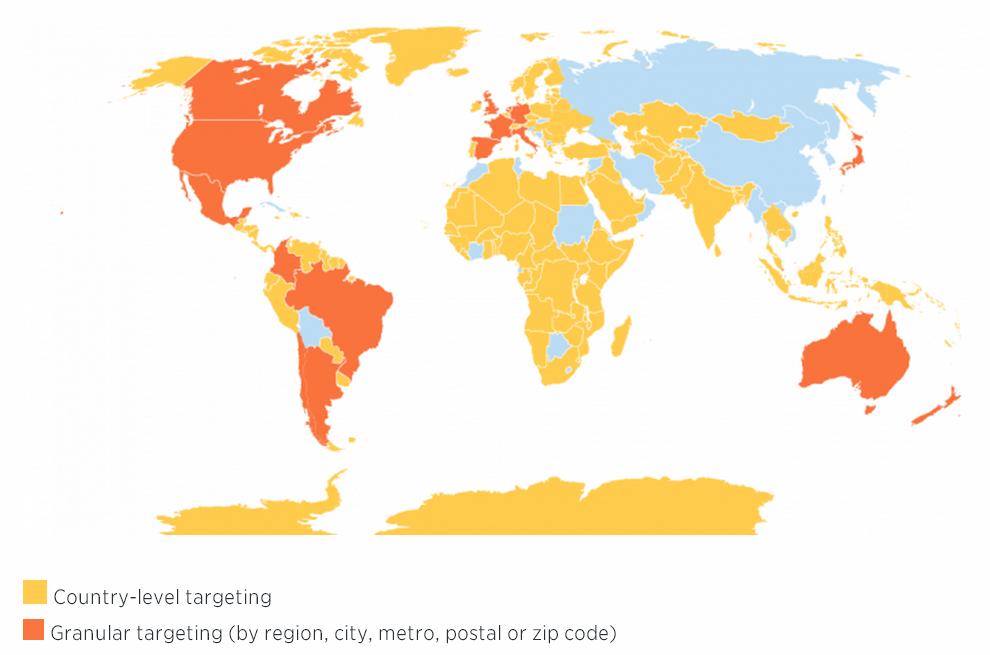 "Today, we're excited to expand our self-service ads platform from 33 countries to over 200 countries and territories. Now, small and medium-sized businesses (SMBs) from Honduras to Hong Kong can more effectively reach their target audiences on Twitter in 15 languages."

Twitter also took the opportunity to note that there are now more than 100,000 active advertisers on the platform - a stat which may have been missed in the more recent coverage about Twitter's ongoing growth struggles. 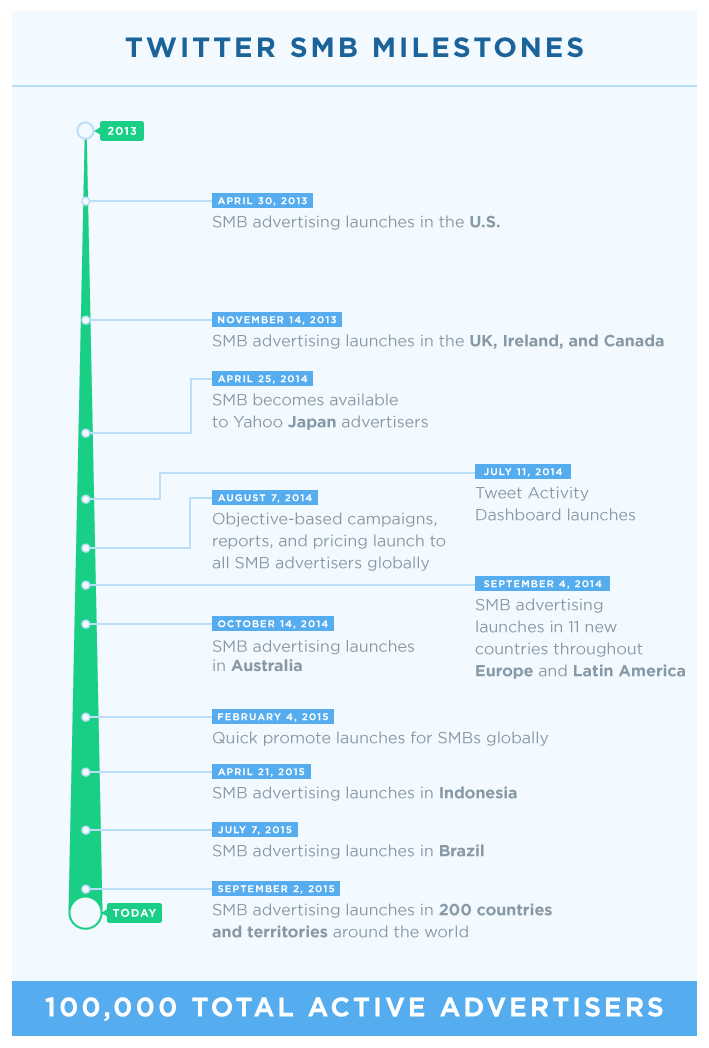 Many smaller advertisers have been waiting a long time for the opportunity to try out Twitter ads - Twitter launched its ad products for SMBs about two years ago, but it's been restricted to only a small number of regions and languages. Some of Twitter's most popular ad options, including Promoted Tweets and website cards have been in high demand, and opening up the platform will no doubt help the micro-blog giant maximize their ad offerings and grow their revenue stream.

Twitter's been working hard to raise the appeal of their ad offerings in recent months, with the addition of a new audience insights dashboard, the launch of their '#TweetSmarter' advertising playbook and new ad options to help business target live events and trending conversations. This has come amidst worse than expected market performance for the social network, with Twitter noting in their most recent earnings announcement that they don't expect to see any significant growth in active users for some time - a measure the market considers crucial to future potential. While revenue at the company has remained solid, analysts are looking for more from Twitter, and opening up the ad platform will likely play a key role in their ongoing efforts to better monetize the platform's ubiquity.

And there is significant potential there - while Twitter's announcement of 100,000 advertisers is a good news story for the company (up from 60,000 last November), it's still well behind Facebook, which has more than 2 million SMBs actively advertising on the platform. According to eMarketer, Twitter's ad revenue is projected to increase 62.1% to $1.34 billion in 2015, higher than their estimates for Facebook and Google.

In addition to the announcement, Twitter also included a series of tips to help advertisers maximize their Twitter ad campaigns:

Select the best ad format for your campaign
No matter your objective, we provide the best ad format to help you accomplish your advertising goals. For example, you can use the Website Card if you want to drive high-quality traffic to your website. Or, you can leverage the Lead Generation Card to collect leads directly within a Tweet. Our suite of creative formats enables you to captivate your target audience at all points of relevance throughout the day.

Reach your target audience
Over the last few months, we've launched new targeting tools to help you connect with the right audience on Twitter. For example, event targeting allows you to target users engaging with live moments on Twitter, such as the Emmys, Labor Day, or back to school. Combined with our other powerful targeting types such as interest, keyword, username, device,location, and TV, you can be sure you're targeting the right users, with the right message, at precisely the right time.

Track and analyze your results in real time
We offer a number of analytics dashboards to help you measure your performance and optimize accordingly. For instance, the Tweet activity dashboard tracks your organic Tweet activity - showing you what content resonates most with your audience. Audience insights helps you easily discover valuable insights about your followers, the people who have engaged with your organic Tweets, your ad campaigns, or your tailored audience campaigns. And, you can easily install conversion tracking to understand the full conversion impact of impressions and engagements from your Promoted Tweets campaigns.