If you want to reach the increasingly important Millennial market, you need to be on Snapchat. This is the pervading logic in social media marketing circles - and with good reason, Snapchat has a strong hold on the Millennial market, with more than 60% of smartphone users aged between 13 and 34 in the US currently active on the platform. Add to this the fact that Snapchat now serves more than 4 billion videos per day to that expanding user base - up from 2 billion only 6 months ago - and you can see why marketers are keen to get a handle on 'Ghostface Chillah's new world of disappearing content.

And aside from the immediacy and intimacy of Snapchat - the fact that you need to view the content now or it'll be gone forever - another key element of the platform is fun. Given it's clear skew towards younger audiences, even within the 'Millennial' bracket itself, this makes sense, and that creative factor, the ability to, say, draw on your photos or add an oversized emoji to cover your face, is a crucial part of the Snapchat experience and something that keeps people coming back. Snapchat recently added to this, giving users the opportunity to transform their faces with creepy monster masks or spew rainbows out their open mouths, via a new tool called 'Lenses'. 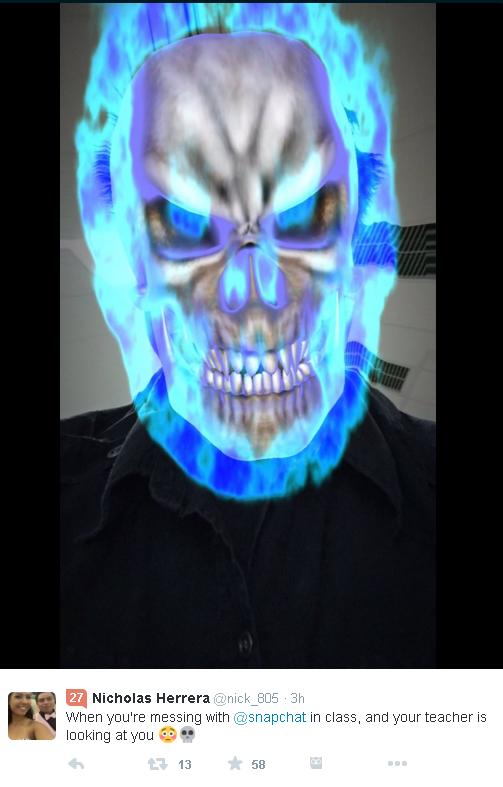 Officially listed as new 'filters', Snapchat will now enable users to speed up, slow down and reverse the replays of their video content.

The force is strong with today's snap update https://t.co/utdW8tLr3P pic.twitter.com/8pRLAiuVCD

The new options are available when a user swipes right after creating a video - as you can see in the below screenshots, there's a snail for slow-mo, a rabbit for fast-forward and a set of reverse arrows for rewind. 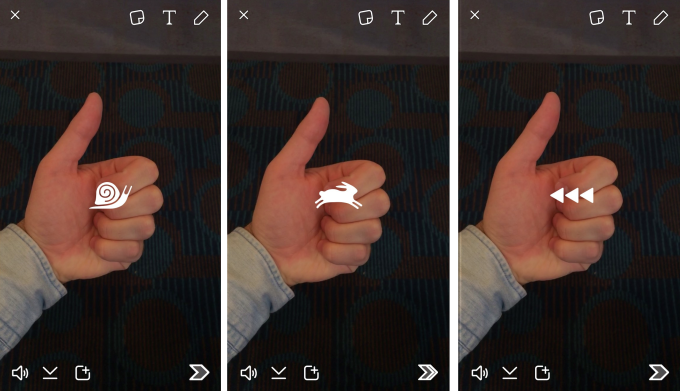 The new tools add a whole range of new ways users can create content on the platform, and reinforce that crucial element of fun. And as highlighted by the video above (and those below), Snapchat users are already experimenting and putting the new features to the test.

The newest @snapchat update is my favorite pic.twitter.com/RFFVUBkToZ

Trying out the new @Snapchat features with an onion. Do not try this at home kids. pic.twitter.com/g6S7C90psS

The new options open up a whole range of new content opportunities in the Snapchat experience, and will no doubt be welcomed by the user community - a community that Snapchat's clearly dialled into. But the wider question surrounding Evan Spiegel's expanding snap empire is whether the company can generate strong enough revenue flow to justify their massive $16 billion valuation.

Spiegel has flagged his intention to publicly list Snapchat, and there's a lot of market support for such a move, but as yet, Snapchat hasn't provided any specific financial numbers, and hasn't revealed its plans for maximizing their hold on that Millennial audience attention, from a monetization perspective. Snapchat's generating revenue through Discover, Live Stories, Geofilters/Lenses and replays, but there's a question over how much they're able to make, and, importantly, how much spending power their younger audience actually represents. The reach potential of Snapchat is clear - live stories are reportedly averaging more than 20 million views each - but the monetization aspect remains less so, and given the audience's younger skew, and the questionable long-term appeal of Snapchat (will people still be using Snapchat when they're 30? 40?), there are some concerns that the platform may not be able to live up to such lofty financial expectations.

That said, there's little doubt about Snapchat's ability to reach the evermore important Millennial demographic, and the platform will be able to generate significant revenue because of this. Whether that will be enough revenue, over the long-term, is something we'll have to wait and see.