Millennials Are All on Snapchat and Instagram, Right? Maybe Not [Study] 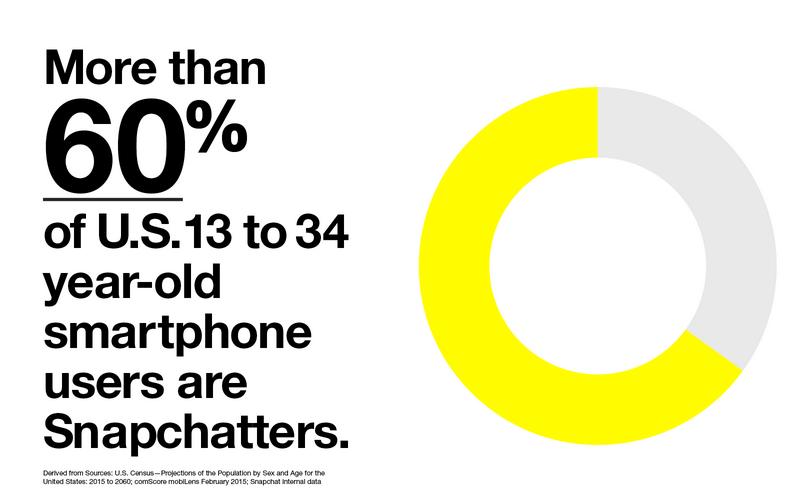 That's a big draw, and of course, anyone with any interest in social media marketing knows that Snapchat has a definitive allure with those younger demographics. But a new report from Ipsos, commissioned by investment firm Battery Ventures, has found that the magnetism of newer platforms like Snapchat among Millennial groups may not be as strong as many suspect. This is particularly true in terms of comparison to Facebook, which comes out as the leader in terms of engagement among Millennial users - with three times more young users indicating they visit The Social Network at least once a week than those who do the same for Snapchat.

The survey, conducted in August this year, takes in the opinions of 1,253 US adults aged 20-35 and highlights some interesting points of note - here are the highlights:

In what's something of an unheard of stat, 11% of Millennial users don't have a Facebook account at all. These days, it seems everyone is on The Social Network, but there are still some who shun the platform completely - though Facebook is clearly the most popular network among this group. But more interestingly, 54% of respondents indicated that they don't have a Snapchat account, while around 40% don't have accounts on Pinterest, Twitter or Instagram either. 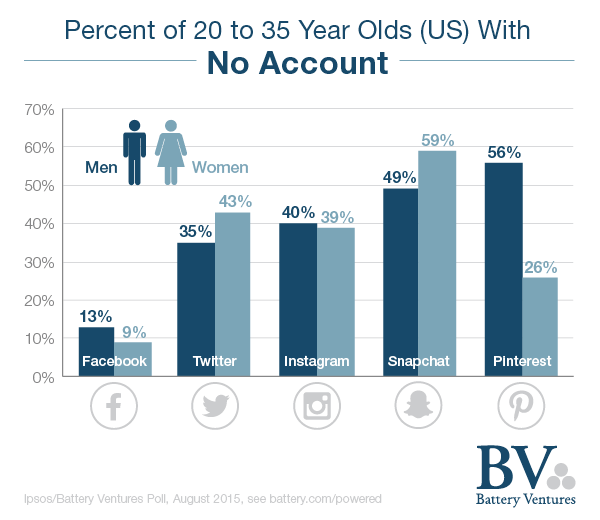 Snapchat is significantly higher than the other platforms in this regard, which is interesting given the above mentioned allure Snapchat seems to have with the Millennial subset. Much too has been made of Instagram's explosive growth - just last week the platform announced it has now hit 400 million monthly active users - while Twitter's growth struggles have been well-documented. But it is interesting to see all the 'lesser' platforms in much the same boat here, with Snapchat slightly behind on take-up - which you could put down to it being the newest among the group.

It may be that all platforms outside of Zuckerberg's behemoth will struggle to see significant user growth, or at least growth on a comparative scale to Facebook, which may mean the market needs to adjust its expectations in this regard and focus more on the specific audiences being catered to by each.

Also interesting - Snapchat is significantly more popular among male users than females, according to this data.

In a less revealing stat, Ipsos researchers found that Facebook had about three times as many account holders who said they used the service at least once a week compared with Snapchat. Facebook also had about 2.75 times as many of these account holders as Pinterest, and roughly 2.5 times the number of frequent users on Twitter. Instagram is closest to Facebook in terms of active usage, which, the report suggests "may have something to do with the quality of the engineers and product team dedicated to engagement at Instagram."

"Want to reach active users who make under $50,000 a year in income? With a college degree? Non-Caucasians? Facebook simply has more of all these groups using the service actively, by a wide margin."

Despite varying reports of its demise, and how it's losing touch with younger users, this report, again, underlines the power and influence of The Social Network. In almost every category, if you want to reach the widest audience, Facebook remains a key platform.

Instagram and Snapchat are arguably the two most hyped social networks at the moment, particularly amongst Millennial users. In this report, the researchers have looked a bit deeper into the audience stats to highlight how usage varies amongst specific Millennial user groups, rather than grouping them together under one banner. 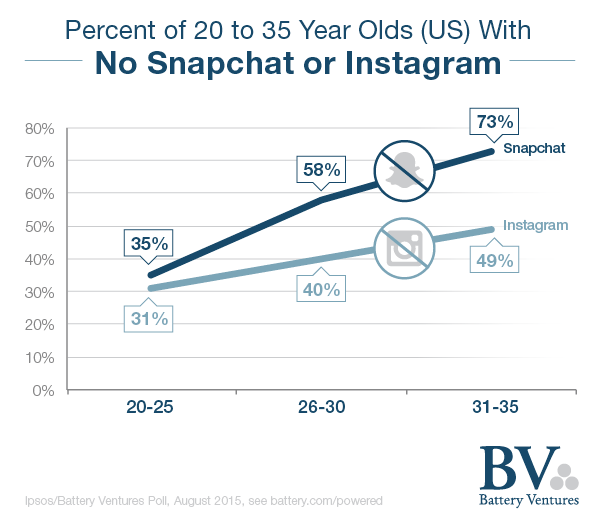 "Instagram and Snapchat usage varies significantly with age. Twenty to 25 year olds are far more likely to have an account than those aged 26-30, as well as those ages 31-35. To lump all millennials together as one group rather than segmenting out the youngest segment-20-25 year olds-would be a mis-characterization, and a mistake for marketers."

The researchers also found that having children plays a part in how Millennials utilize social networks, with Pinterest and Twitter more widely used amongst those with kids, and young parents also using Facebook more often than those without families.

Among those who've opted not to have a presence on Facebook, 29% cited privacy concerns as the main reason. 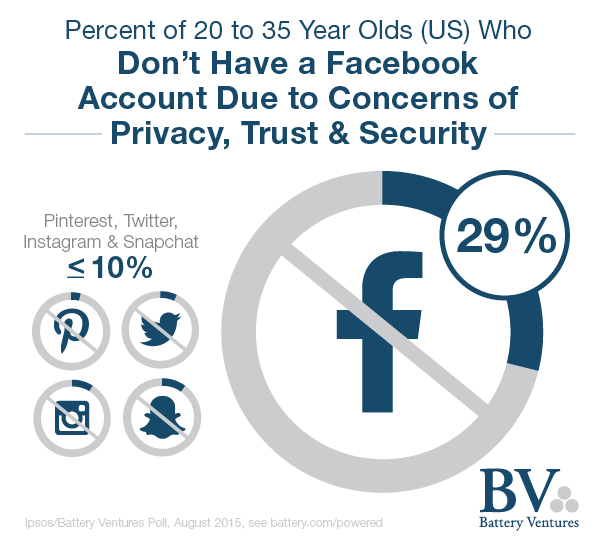 'Doesn't interest me' was the main reason stated across all users who'd opted not to utilize any specific network, but privacy was a far more prevalent concern amongst those who'd opted out of Facebook. Facebook also had the highest amount of respondents who said they used to have an account but cancelled it.

As noted in the report:

"As the most prevalent and mature social network, the company is probably under the most pressure from various interest groups to do this, but it seems to indicate a deeper level of commitment to explaining and addressing how Facebook approaches privacy."

Given the Social Network's size and ubiquity, it's almost inevitable that they'll receive more criticism in this regard - and in Facebook's defense, they have gone to great efforts to educate users on privacy and data protection methods. But one of Facebook's greatest value propositions lies in its vast troves of user data, and while that data isn't necessarily being used for nefarious purposes, there's still a large segment of the community who have reservations about their information being utilized for ad targeting and marketing purposes.

The conclusion of the report suggests that marketers and advertisers need to do more work in determining the specifics of their own target audiences, rather than focusing on wide demographic brackets. As highlighted here, within the 'Millennial' subset, there's a great variance in how those users are interacting with and utilizing social networks - it's important for brands to know this and to target their efforts accordingly, in order to achieve best results.

Much of this approach is driven by traditional approaches - in the past, you could only target to wide ranging demographic groups based on available research. But that data has expanded ten-fold with the advent of social media - we now have more data and access to more specific audience insights than any generation in history. There's so much information available that we still don't even know how to use it - a full 90% of the world's data has been created in the last two years alone. This is why we still see over-spend in traditional media, like print, while mobile is under-represented, why we still see reliance on traditional approaches while newer, more focused approaches are often generating better results. Because the new world of data is just that, it's new, we haven't realized the full extent and potential of new audience approaches based on this information as yet.

This report underlines, once again, that there is only one rule in social media marketing - 'your audience rules'. Not generic audiences, not demographic numbers - your audience, the specific people you need to reach. Knowing them, and knowing where to find them, is the key to wider marketing success. And the tools to achieve just that are available to those who look a bit deeper.