LinkedIn has made two big announcements, reporting its Q3 numbers, which show steady increases in both revenue (+$68m) and users (+16m) on the previous period, while also celebrating the fact that the platform now has more than 400 million members worldwide.

While the Q3 numbers show total users had reached 396 million, a follow-up post has revised that figure up to the full 400 million as of today. 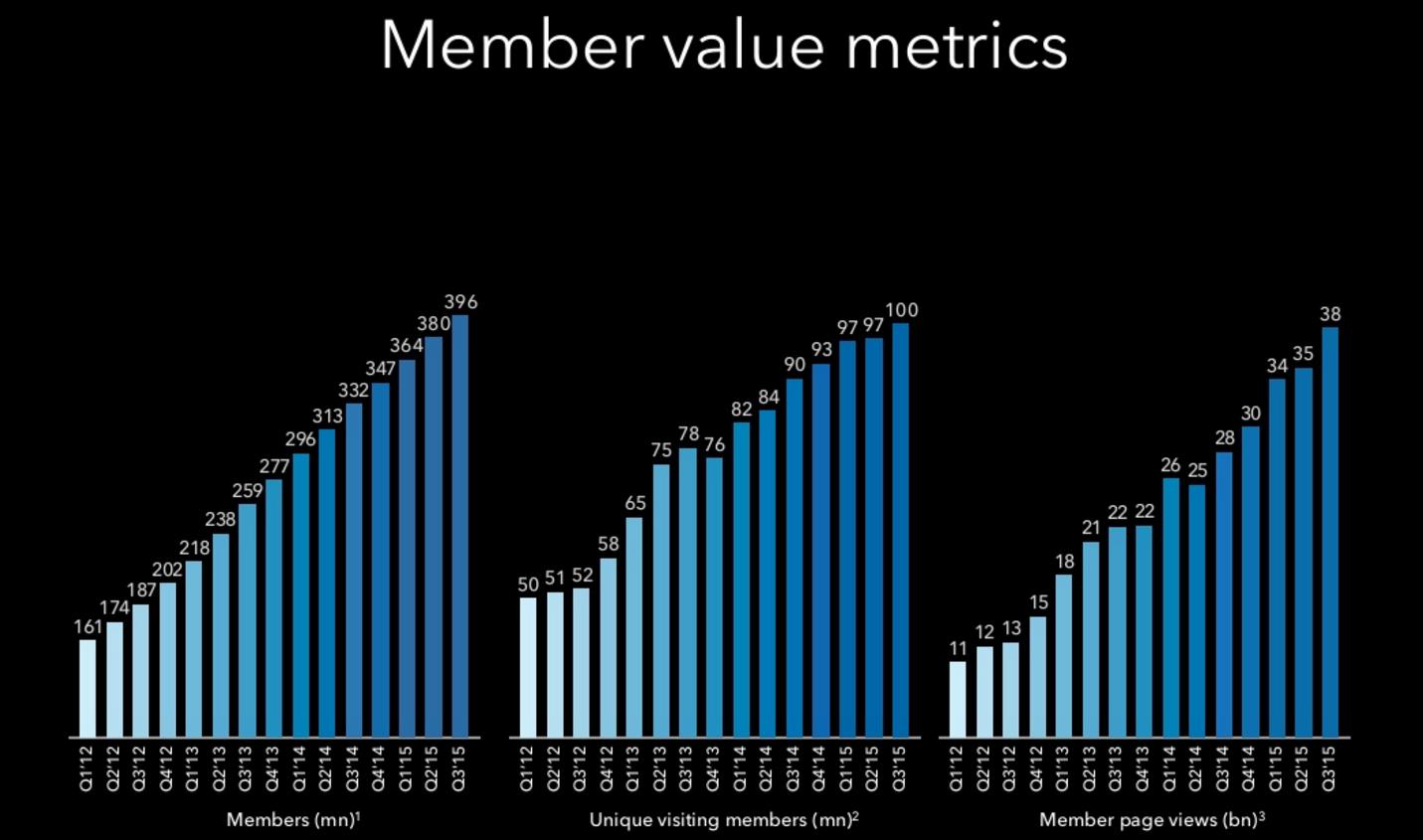 As shown in the graph, LinkedIn also saw a jump in unique visits last quarter and a significant boost in overall member page views.

In terms of Q3 revenue, LinkedIn hit $780 for the quarter, including $41 million from lynda.com. 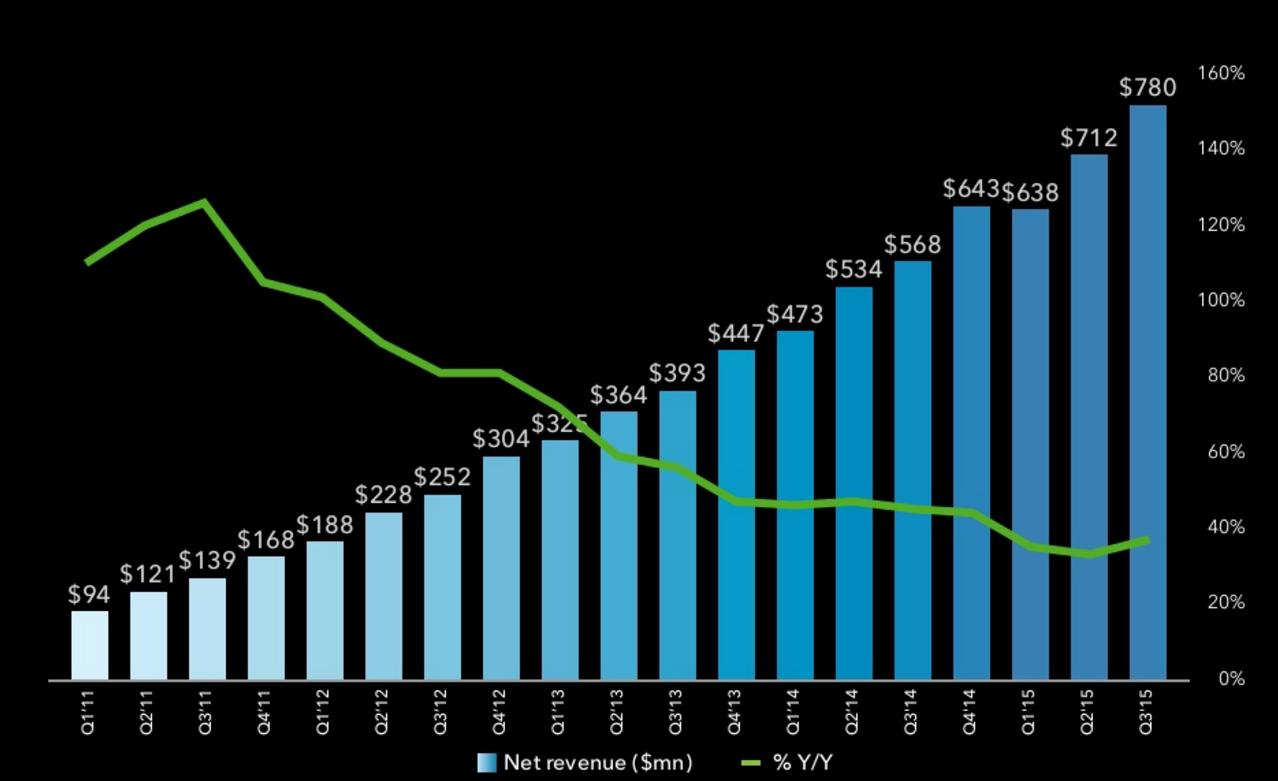 The figures represent an increase of 37% on the same period in 2014 and continue the upward trend from their last result.

In the accompanying statements, LinkedIn noted that it will "remain focused on pursuing long-term investments to achieve future growth".

Revenue from their Talent Solutions arm was up 46% on last year, Marketing Solutions +28% and Premium Subscriptions have continued to increase, up 21% on 2014.

On their growth to 400 million users, LinkedIn has shared a range of stats for their various products, highlighting the rise in user engagement:

"Every day, we're inspired by members like you. We've seen you make billions of connections this past year alone, and leverage these connections to start companies, inspire the next generation of leaders, even change the world for good. To share your rich knowledge and experiences, more than 1 million members have published long form posts and 19.7 million+ SlideShares have been uploaded. And 40% of LinkedIn members are using mobile to look for new jobs - with many landing their dream jobs and achieving their career aspirations through LinkedIn."

The platform has announced a series of changes and updates in recent months, including a re-vamp of their oft-criticized groups and an update to their on-platform messaging functionality, providing users with new ways to connect. Recently, at their 'Talent Connect' event in Anaheim, LinkedIn also revealed their plans for a new, upgraded recruitment tool which would use the platform's masses of professional data to better detect and screen job candidates, based on the profiles of your ideal employees. That development could be a major shift in the long-term, and is one the first times LinkedIn has sought to utilize their data in an algorithmic way for recruiting purposes. The process could very well change the way recruitment is conducted, though it's only in its early stages.

LinkedIn also announced earlier this week that they've entered into a deal with EY (Ernst and Young) on a go-to market alliance that will help the company accelerate its B2B market growth.

The strategic alliance will offer services to help more companies around the world use technology, social networks and innovative sales techniques to empower their go-to-market efforts. The deal, LinkedIn notes, is the largest customer deal in our history on the Sales Navigator platform.