Earlier this year, Facebook Messenger reached the milestone of one billion monthly active users, putting it in the exclusive company of Facebook's main app (1.71b MAU), WhatsApp (1b MAU) and YouTube (1b MAU) as the only apps in the world with over a billion monthly users. But Messenger's ambitions are much larger than that, and as such, they've recently launched a range of new features, including in-app payments, polls and automated payment prompts and even new, Snapchat-like features to facilitate expanded use-cases for the app.

And today, Facebook has announced another key addition in Messenger's ongoing expansion, with a new, slimmed down version, called 'Messenger Lite', to boost usage on older devices and in regions of low connectivity. 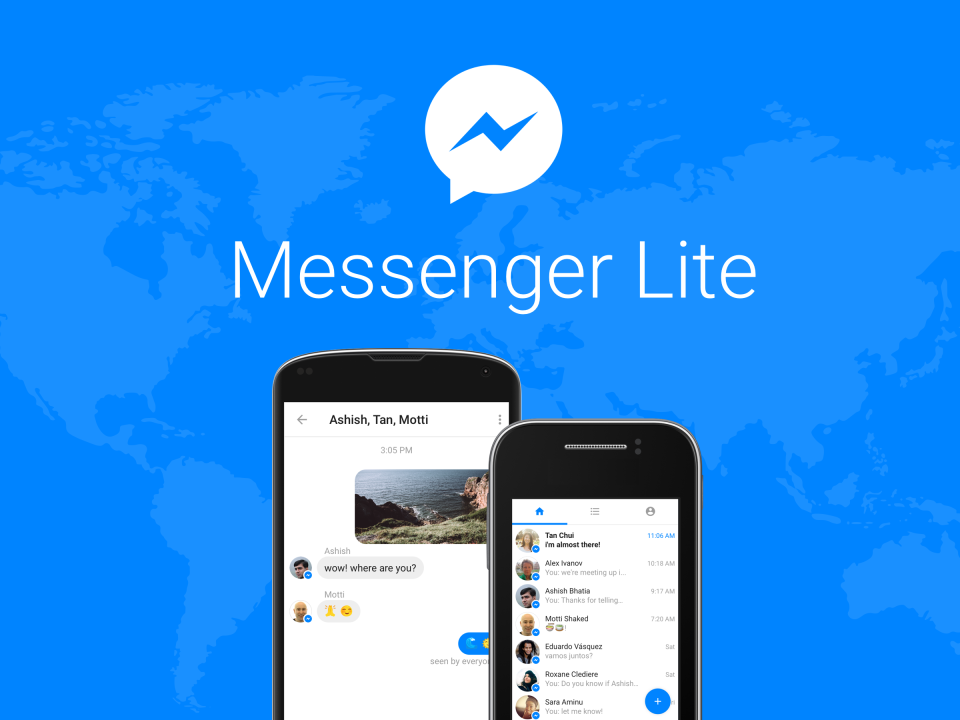 "With Messenger Lite, more people can stay in contact, regardless of network conditions or storage limitations on their Android devices. Messenger Lite was built to give people a great Messenger experience, no matter what technology they use or have access to."

The app is less than 10MB in total and provides all of Messenger's key functionality, including messaging, sending and receiving photos and links, and receiving stickers.

Releasing a Lite version works in line with Facebook's wider mission to provide greater connectivity to everyone, an initiative largely lead by their internet.org program. And that program has some big potential benefits - while Facebook is already the most utilized social media app in the world at 1.71 billion monthly active users, that's still only some 23% of the world's population. Of course, that number includes a large proportion of people that can't actually access Facebook - The Social Network isn't available in China, for example, and people under 13 can't sign up for an account. And another key element in this is the regions where Facebook, or Messenger, can't be accessed due to poor network connectivity. That gives the company lot of audience potential to keep working with - back in February, Mark Zuckerberg said they're aiming for five billion Facebook users by 2020. Looking at the demographic data and the projects in play, including Messenger Lite, they might be on track to reach it.

Through additions like Messenger Lite, and projects like their Aquila drone project, which aims to bring internet connectivity to remote regions, Facebook's not only on a mission to connect the world, but, more operatively, to connect the world to Facebook, greatly expanding their audience reach, network influence and the value of their already powerful ad platform.

It may seem like a small announcement, but the addition of a low-fi version of Messenger is another important step towards Facebook's plans for global domination.

How you view that slow evolution is down to your views on Zuckerberg's grand scheme.

Messenger Lite is rolling out to users in Kenya, Tunisia, Malaysia, Sri Lanka and Venezuela from today, with other nations to follow.