According to Facebook, more than 1 in 3 people in the US use Facebook or Instagram while at a restaurant or bar, with many "posting photos and opinions of that #coffee or #craftbeer they're drinking".

That seems like a very high number - but really, it makes sense. Think about how often you post such images to social, and how people use social media to present the best version of themselves, their great experiences and happenings, which largely include the times they're out on the town.

The findings are part of Facebook's latest research report on the US beverage path to purchase, in which the Facebook IQ team analyzed conversation data on Facebook and Instagram and surveyed more than 1,000 people. Of course, 1,000 people is only a fraction of the US population (and Facebook has more than 234 million monthly active users in the US alone), but still, it's enough to get some level of indication of such activity across The Social Network.

Here are some of their other key findings.

"...over 40% of Younger Millennials surveyed in the US agree that seeing pictures and videos on Facebook and Instagram helps them decide to try a new non-alcoholic beverage."

Note that Facebook very specifically notes 'non-alcoholic' in this finding - no doubt it has similar impact in the alcoholic segment too, which could be problematic.

Facebook also notes that 73% of survey participants also indicated that they use their smartphones to find local stores selling the beverage products that they're looking for, while in addition to the aforementioned 1 in 3 people using Facebook in restaurants or bars, 50% also said that they've tried drinks that friends and family posted about on Facebook.

These are some interesting insights for beverage brands, or those working in related fields like hospitality and food service.

Facebook also notes that the conversation around beverages logically shifts throughout the year. 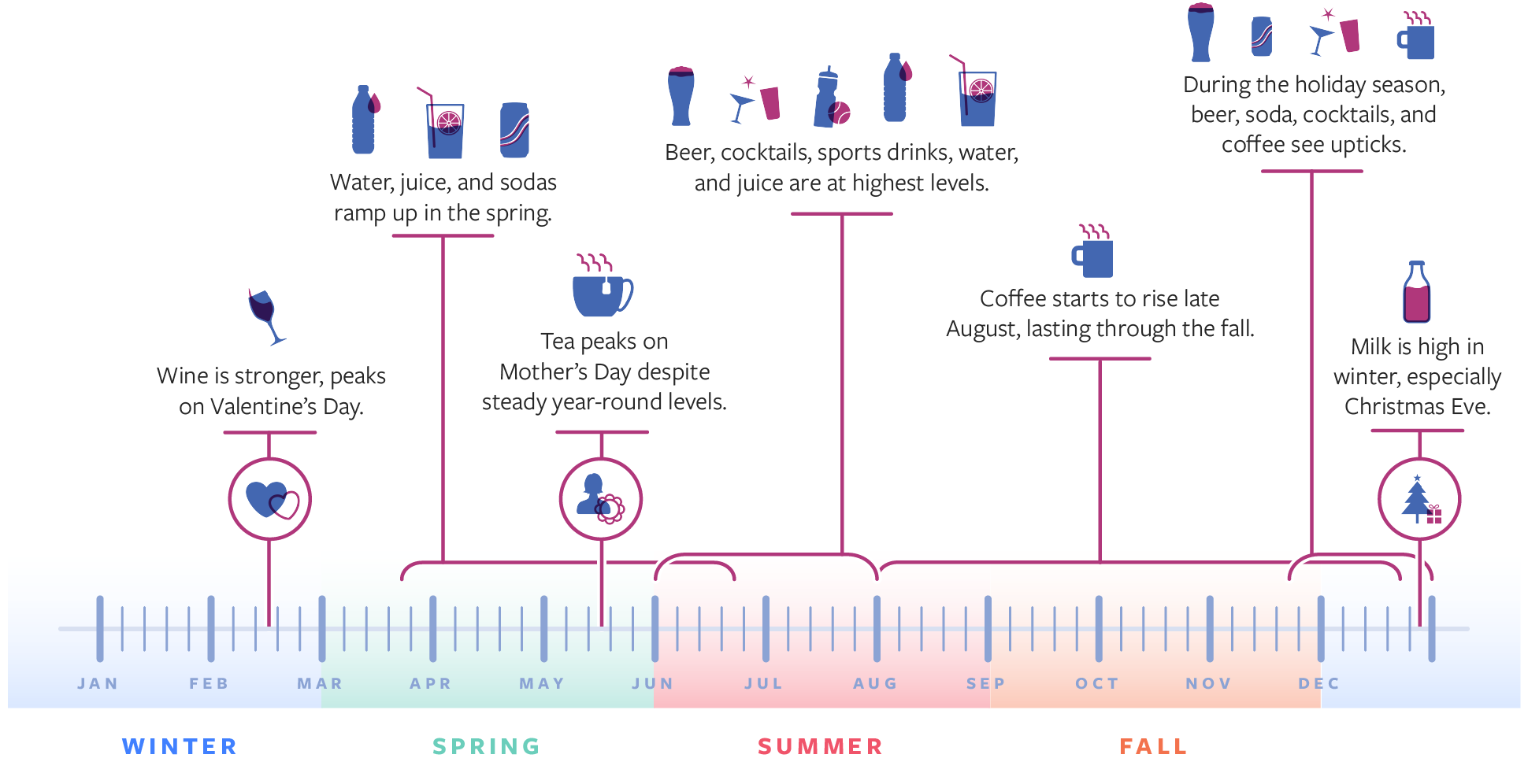 Many of these trends would be obvious - Facebook has also produced additional research reports which show how user behaviors change in the warmer months, which is a fairly logical progression. But still, it's interesting to see how, as per Facebook's usage data, those trends shift and evolve at different times, which could help better formulate related ad strategies. 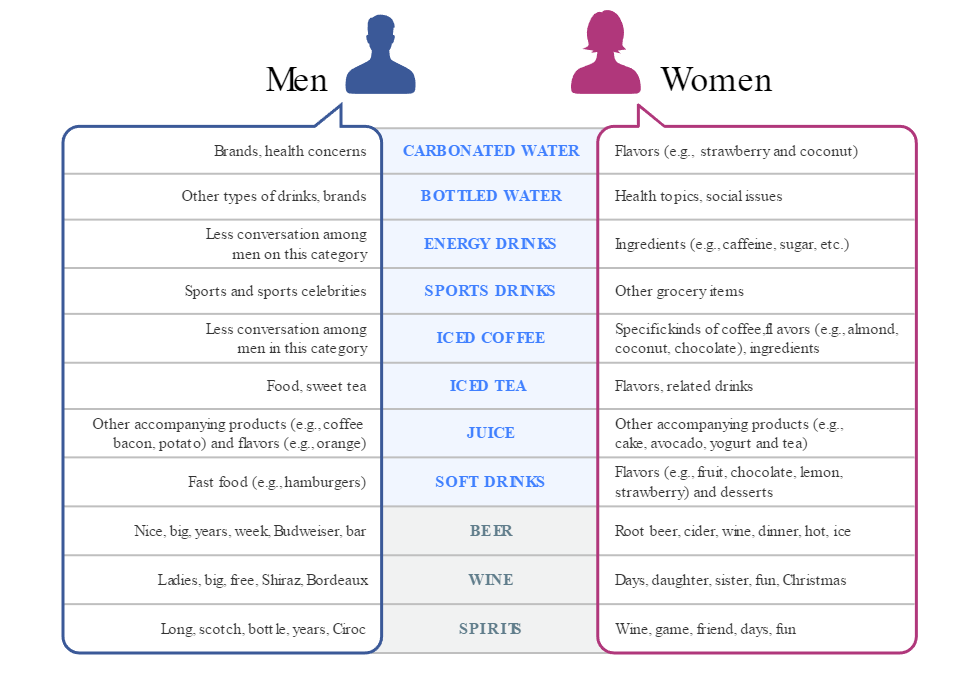 These findings have varying levels of application for marketers - if you're looking to promote a new dish on your menu, or even a new offer at a gym, you can use the above data to better guide your outreach to each specific audience segment. This is important, as the more niche and focused you can make your ad efforts, the better response you're likely to see, so it's worth concentrating on the specifics to maximize your ad spend.

There are various other findings in the full report, which you can read on the Facebook IQ blog here. It seems like a lot of attention on drinks and food, but really, that's always been a key criticism of social media more generally (people just post about what they ate), which exists for a reason - people do actually post a lot about such things.

Such behaviors and insights can be used to your advantage, and there are various ways in which you can apply the data from this new report to help better guide your related marketing campaigns.