In June last year, Facebook launched Lead Ads, a new outreach option which simplifies the process of getting people to sign-up for a newsletter or submit information to your business by enabling Facebook to auto-fill the required fields with their existing Facebook profile data. Effectively, Lead Ads make it easy for brands to gather user contact details within just a few clicks. 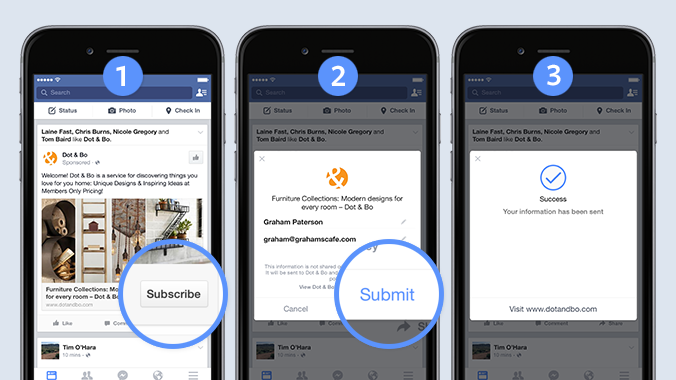 The option has proved very popular - which is not surprising, considering it's such an easy way to collect targeted leads - however there have been some common issues raised with the tool, particularly in regards to CRM integration. Basically, when you gather contact info via Lead Ads, that data's sent to a spreadsheet, which you can then download and use at a later time. Which is great, but many businesses have called for better CRM integration to alert them when a user leaves their details via a Lead Ad, enabling them to action those responses faster and act on leads as they come in.

Facebook has responded to this, with a new update to Lead Ads that includes improved CRM integration, along with some additional tools and features to enhance the overall Lead Ads offering.

To resolve the issues with responsiveness, Facebook has added several companies to the list of CRM partners that integrate with Lead Ads. That list now includes:

That covers more options for those seeking improved functionality on this front - but Facebook's actually taken it a step further, partnering with Zapier and MailChimp to develop a solution that automatically adds Facebook leads to advertisers' MailChimp lists.

This is a significant addition to Lead Ads - as noted by Jon Loomer in his rundown of the latest update, the ability to connect your Lead Ads details via Zapier is important because it's a lower cost and more accessible way for all users to better integrate Lead Ads data into their sales and outreach process. For those unaware, Zapier's an automation tool that connects data from different apps via user-defined rules, or 'Zaps' (similar to IFTTT). Through this integration, you can use Zapier to gather Lead Ads data and immediately integrate it into your CRM automatically, and alert you to any such additions.

Along with the new CRM partners, this is a great upgrade for Lead Ads, and will make the option more functional as a result.

Another pain point within Lead Ads has been the inability to edit forms - if you make a mistake or miss a detail on your form, you can't change it, you just have to start over. And while Facebook hasn't provided an editing tool, the ability to duplicate existing forms is effectively the same thing. You can just select the form which you've made a mistake on and update it in the new version. 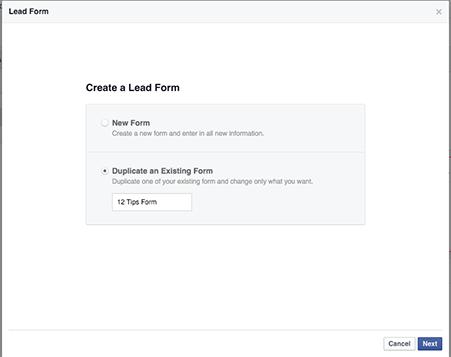 The functionality will also benefit brands who're running Lead Ads in different markets - if, for example, the information you require via your lead form is different for different regions, you can now duplicate your forms and edit as required, streamlining the ad creation process.

In line with the ever-growing popularity of video on the platform, Facebook's also added video as a Lead Ads option.

"Video lead ads function the same way as lead ads with photos do. When people click on the call to action button below the video, they'll be directed to the lead ad form."

This provides a new range of options for reaching your audience with lead ads.

Worth noting too, Lead Ads are also now available via desktop - previously, the option was only accessible via mobile device.

Lead Ads are also now available in the ad creation tool, making it easier to set up and place your Lead Ad for all businesses. To set up a Lead Ad in ads creation, you can simply select "Collect leads for your business" as your campaign objective. 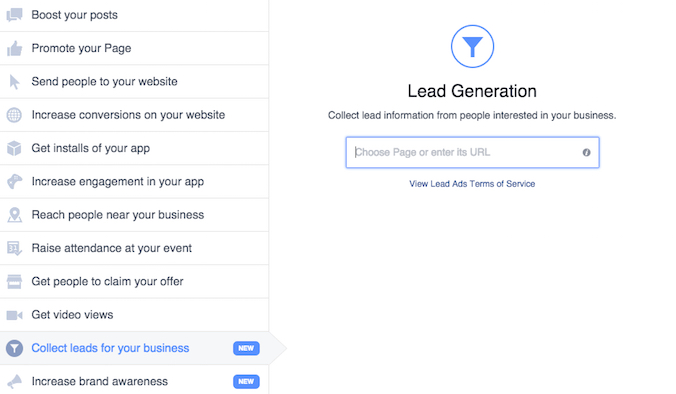 Advertisers can also continue to create lead ads in Power Editor and through the API.

These are some handy additions to Lead Ads - and as noted, the tool has already proved increasingly popular, given it's such an easy way to gather new leads and info. To underline this, Facebook's also provided some stats on how businesses have been finding success with Lead Ads, including:

If you're looking to generate leads from social, Lead Ads may be one of the easiest and most targeted ways to do so. This is particularly relevant when considering mobile, and how hard it can be to fill out forms via mobile device. Lead Ads eliminates this issue - interested users can click your call to action, then share their contact info quickly and easily. And worth noting, Twitter lead gen cards work in effectively the same way, and can also produce great results.

The new Lead Ads features will be rolling out globally over the next few weeks.