To celebrate the 50th anniversary of Star Trek, Facebook is giving users a few options to show their support for the beloved science fiction franchise. If you've ever Liked or expressed an interest in Star Trek on the platform, you'll see a notification like this pop up in your home feed: 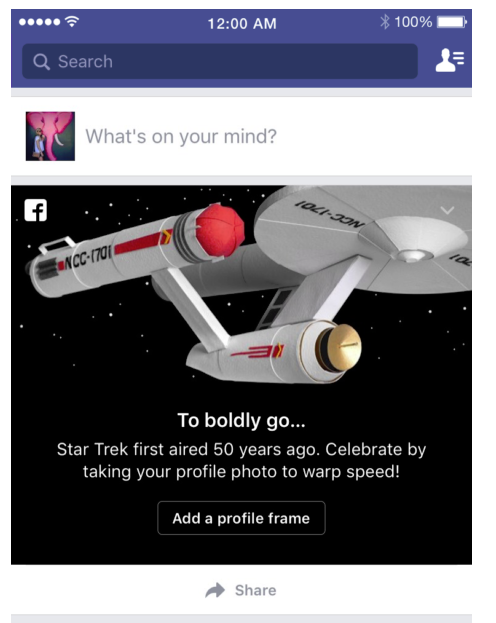 That enables you to add a new Star Trek 50th anniversary frame to your profile image - or, of course, you can just go to the Profile Frames section and add it manually like I've done here. 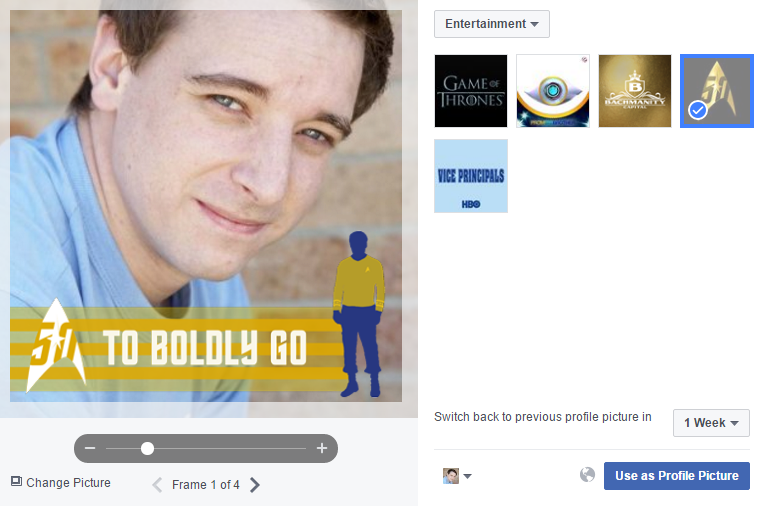 But that's not all - in a more interesting move, Facebook has also updated their Reactions characters, dressing them up as some of the most recognizable Star Trek icons.

It's only the second time we've seen Facebook offer customized Reactions - the first was the 'Flower' Reaction introduced in some markets for Mother's Day back in May.

At the time we noted that customized Reactions could become a new promotion option - it's easy to imagine a Christmas tie-in, for example, or a St Patrick's Day clover. Could these temporary Reactions extend to events like The Oscars? Could they be sponsored? No doubt Facebook's considering all options, and will be examining audience response to their new Star Trek characters to help guide their future direction.

Either way, it's an interesting way to boost interest in Reactions, which early data has suggested have not seen widespread use.

And on that, social analytics firm Quintly has just released their latest research into Reactions adoption, examining more than 105,000 Facebook Pages across May and June to measure how people are using the new post response options. What they found was Reactions use increased more than 22% in the period. 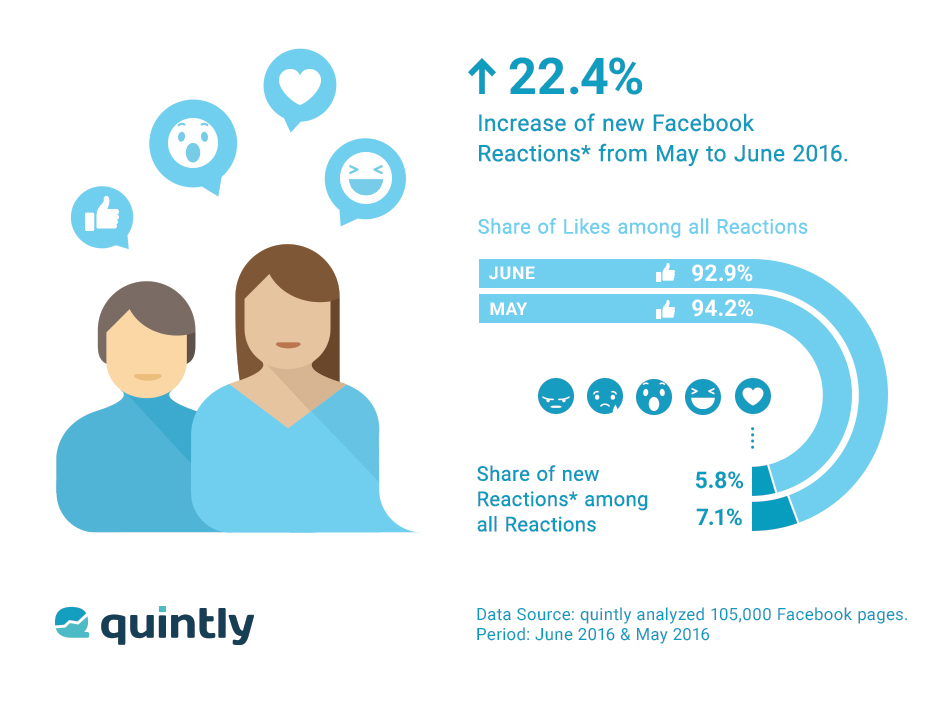 "To be precise, for pages with up to 10 million fans, the average growth from May to June was almost 15%. For pages with more than 10 million fans, Reactions use increased by a remarkable 47%. This finding indicates that Reactions are most popular on posts from the biggest profiles - these are mainly big brands, sports clubs, politicians and celebrities."

Quintly also found that videos inspire 60% more Reactions use - some of this would no doubt be impacted by Facebook Live content, in which users can attribute Reactions during a stream.

In terms of overall usage rates, use of the "Like" response decreased by 1%, while usage rates of every other Reaction jumped 16% or more, with the "Sad" emoji rising the most. 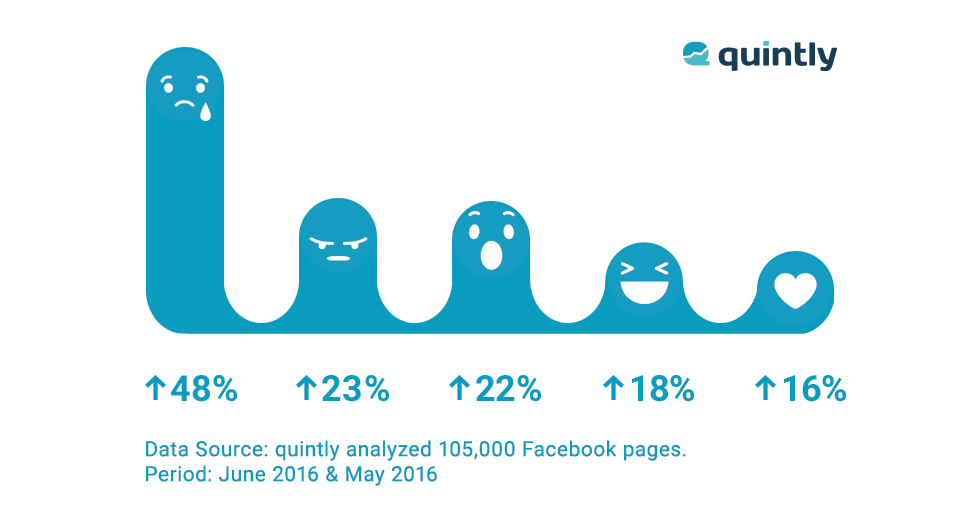 Quintly attributes this to the prevalence of horrible news stories in the period, including the Orlando nightclub shooting. However despite the increased use of the "Sad" response in the period, the positive responses are still, on balance, used a lot more.

"Looking at the share of all new Facebook Reactions we found that positive reactions (love and haha) are used significantly more often (70%) than sad reactions."

The data shows that Reactions use is on the rise - the more familiar "Like" remains the most popular by a huge margin, but people are warming to Reactions and are starting to use them more often. Seasonal or celebratory updates to Reactions - like the Star Trek Anniversary characters - are a great way for Facebook to bring new interest to the option, and it's a pretty safe bet we're going to see more of this type of customized tie-in in future.

In terms of brand use, the increased adoption of Reactions is a good thing, as the more they're used, the more data they can provide as to how people are responding to your content. And as noted, in future, there may be an option for brands to even purchase their own custom Reactions set to promote their latest products - and while that would clearly be more of a big-brand option, the ability to target Reactions or Frames updates to specific fans (as they've done with Star Trek) could also broaden the potential use-cases for such a tool.