A key part of Facebook's broader effort to 'connect the world' is ensuring that everyone in the world can first connect with Facebook and utilize The Social Network. Or as Facebook CEO Mark Zuckerberg puts it:

"...making sure everyone has equal access to information and is included in the conversation"

Within that approach, Facebook's been working to provide greater connectivity options for vision and hearing impaired users - and today they've taken the next step, adding the capability for Facebook Live broadcasters to add closed captions to their live-streams. 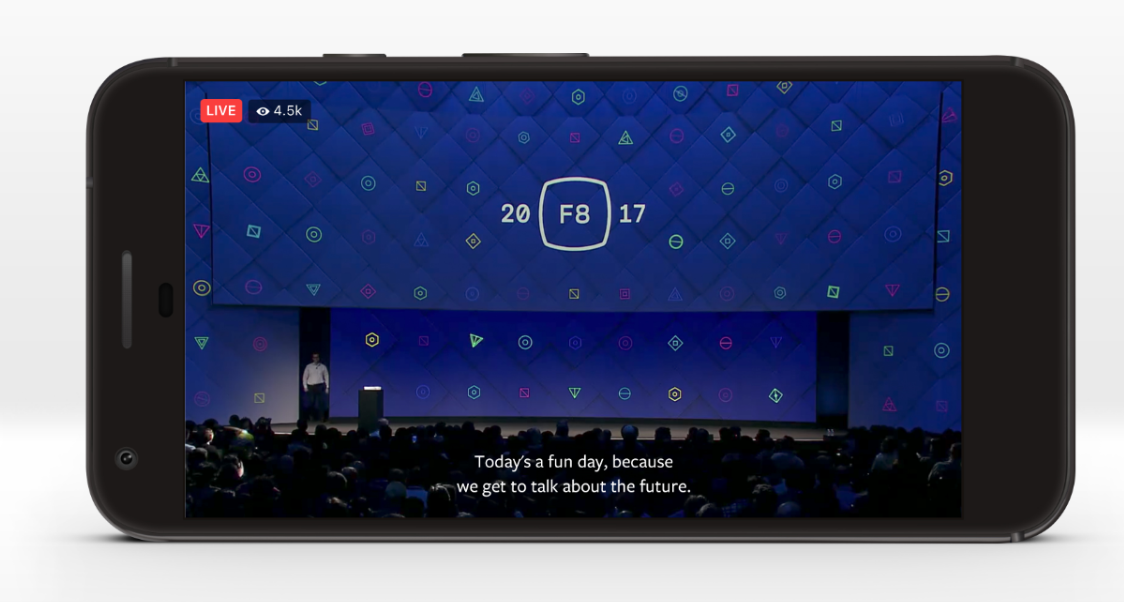 But those captions are not automatically generated, an option which Facebook added for Page-originated videos earlier this year. Instead, Facebook's making it possible for publishers using the Live API to add in their own subtitles via third party providers - which makes it a little more restrictive as an option, but it may be the first step towards fully captioned, real-time live videos.

Facebook's been making significant advances in accessibility in recent times. Last February, The Social Network added automated closed captions for video ads, providing a new way to open up the Facebook experience to hearing impaired users - which, as mentioned above, they later expanded to all videos posted by Pages. In April last year, they launched automatic alternative text for images posted to Facebook, which uses object recognition technology to generate a description of a photo, helping visually impaired users understand image content.

The addition of captions for Live provides is another key step on this front, and with daily watch time for Facebook Live broadcasts growing by more than 4x in the last year, and with 1 in 5 Facebook videos now being a Live broadcast, it's becoming a more critical element of the wider Facebook experience.

As noted, the next step is for Facebook to add fully automated live captions, but as highlighted by TechCrunch, the recent live captioning of Zuckerberg's Harvard commencement speech shows that there's probably still a way to go on that front.

Learning a lot about Mark Zuckerberg from Facebook's automatic speech captions. Anyone got a CECEOKOK login that still works? pic.twitter.com/9QNpOFH5QG

Those captions were generated by Harvard's system, not Facebook, but still, they underline that live translation is tough, and resource-heavy.

But even with technical challenges, Facebook's no doubt on track to provide automated captions at some point. I mean, they're working on a system that will enable you to control Facebook through pure thought, no doubt everything in between is also at some stage of consideration and/or development.