As part of their ongoing effort to reduce the spread of misinformation and fake news across their network, Facebook has released a new paper which outlines how their investigations show government-backed groups have been using The Social Network to manipulate public opinion - and what Facebook's now doing to stop it. 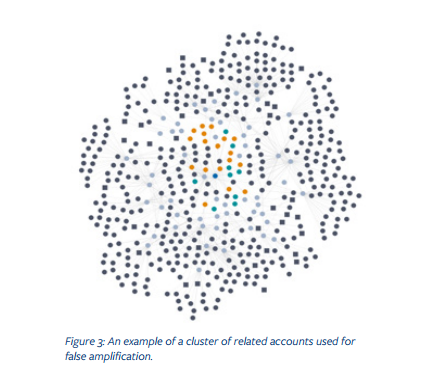 The report looks at what they call 'information operations', which, is a more complex mis-use of their system.

"In brief, we have had to expand our security focus from traditional abusive behavior, such as account hacking, malware, spam and financial scams, to include more subtle and insidious forms of misuse, including attempts to manipulate civic discourse and deceive people."

These efforts include a range of processes, including:

The motivations of such actions can be complex - as noted by Reuters:

"Though the goals may often be to promote one cause or candidate, or to denigrate another, another objective appears to be sowing distrust and confusion in general."

In terms of the latter, groups might, for example, spread misinformation for both sides of a political party with the intent of increasing tensions between supporters.

The discovery of this more complex form of manipulation complicates matters for Facebook, which had initially said that fake news on their network had little impact on public opinion, considering it accounts for only a small percentage of content. But the spread of that information, and the means through which their network can be used to sway opinion, makes the material itself somewhat less of an issue - it's the network effect and reach that such groups are utilizing.

Facebook's now putting new measures in place to combat this - including improved detection (using machine learning) and suspension of suspicious accounts - which is definitely a positive, but it is worth noting that those measures could have impacts on your own Facebook Page reach.

For example, before the recent French election, Facebook removed over 30,000 fake accounts, helping reduce the impact of such operations. But because those false profiles will often also like real Pages to make them appear more legitimate, the removals also impact other Pages - The Guardian, for example, says they've seen a drop of around 20,000 Likes linked to fake accounts across Guardian-branded pages in recent months. That, again, is not necessarily a bad thing - as Facebook says:

"Removing inactive Facebook accounts from Page audience data gives businesses up-to-date insights on the people who actively follow their Page and makes it easier for businesses to find people like their followers through tools like lookalike audiences."

Those fake profiles are never going to engage with your content, so removing them can only benefit overall engagement - and thus reach - in the long term. In the short term, however, there may be an impact.

For one, you may see a drop in your Page Likes - never a good thing, but there could be a good reason.

To find out if those Likes have been removed due to suspicious activity, head to your Facebook Insights tab, click on the 'Likes' tab, then click on any day to see the like activity on your profile.

From there, you can click on the 'Unlike sources' tab to see why those likes have declined. If the majority are due to 'Suspicious account removal', it may be due to Facebook's wider removal actions.

The other impact could be on reach.

As explained by Facebook's News Feed VP Adam Mosseri in his recent F8 session, the News Feed algorithm takes into account a range of factors when assessing what content to show each user, including - as highlighted here - "Previous negative feedback on author". 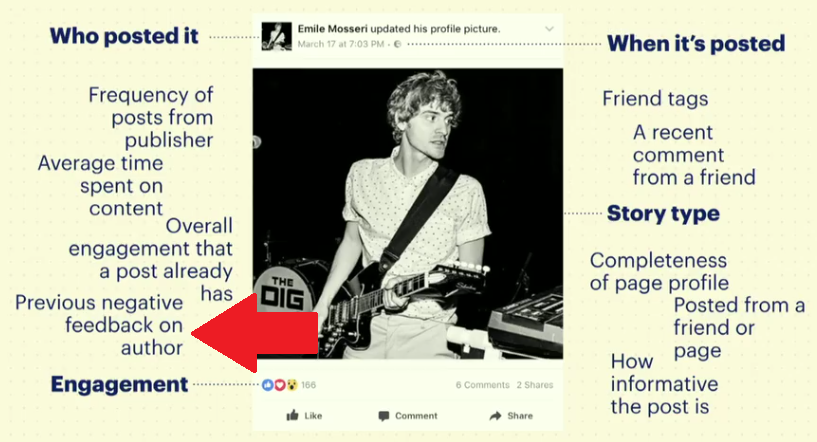 That would extend to negative feedback on Pages, which unlikes are - and when those Page likes are removed from your Page, they are, in fact, listed as 'unlikes'. 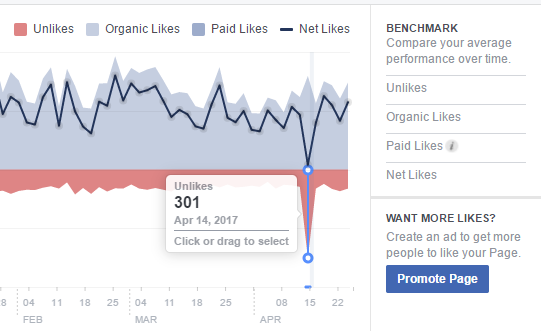 That could result in your subsequent posts seeing lower reach, reducing your chances to maximize click-throughs.

The good news is that if such removals are due to Facebook's wider actions, then the impacts should be short-lived, as you'll be reaching more people who'll actually engage with your content, eventually improving performance. But there could be an immediate impact - if you're seeing reductions in your Likes or reach, it might be worth analyzing the causes and monitoring performance over time to assess the potential reasons before re-structuring your strategy.

Overall, the removal of fake accounts is only a positive for Facebook, as it will increase the performance of Pages by ensuring you're able to reach actual, engaged people. But it is worth noting the potential short-term effects, and analyzing the causes.