Snaps are limited to 10 seconds, and Snapchat itself is more commonly associated with controversial content than professional development, so using the platform for job applications doesn't seem to make immediate sense. But then again, maybe it does, particularly for businesses that employ a lot of young people. Like, say, McDonald's. 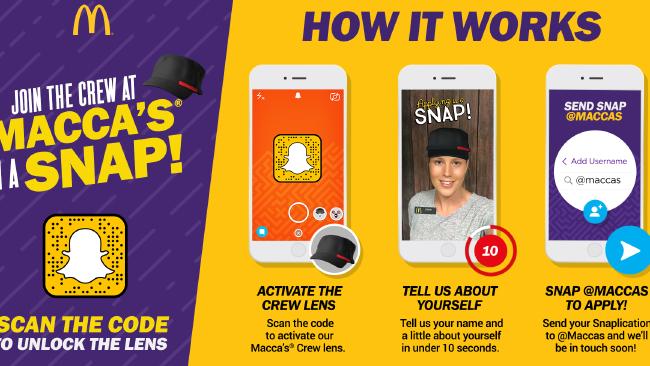 McDonald's Australia has this week launched 'Snaplications', which, as detailed in the above image, enables people to apply for a job via Snap.

Using a Sponsored Lens, users can take a photo of themselves in the iconic McDonald's uniform, then explain, within a Snap, why they should be considered for a position. You then send the Snap to the McDonald's Australia Snapchat account and you'll get a link to the company's career site to complete the application process. 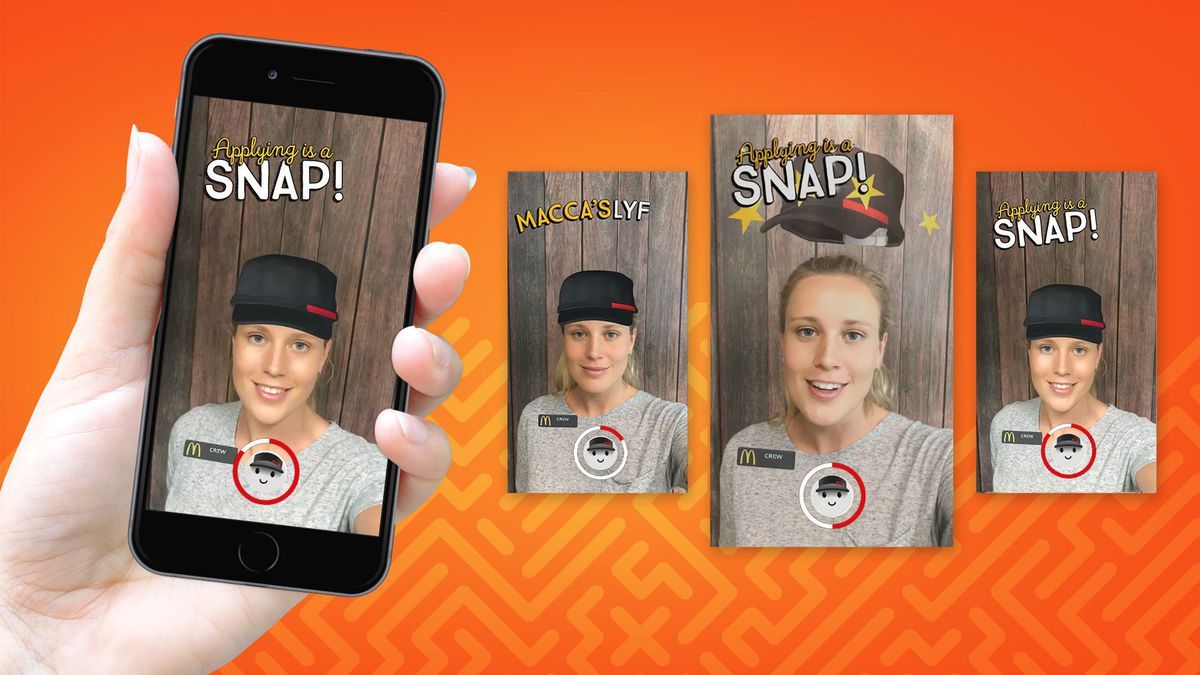 In the first image above, it notes that you need to first scan in the code, but the sponsored Lens was actually made available to all Australian users for one day to kick off the campaign.

This is not the first time a company has used Snapchat for job applications, but it's an interesting initiative nonetheless. And while it may be pushing the "cool" angle a little too much ("Macca's Lyf"?), it's another reminder of the possibilities of social networks, and how you can experiment to adapt platform functionality for different purposes.

For McDonalds, which employs around 106,000 Australians, the majority of which are under the age of 18, the capacity to reach their target audience through Snapchat provides a perfect opportunity.

"We're the largest employer of youth in the country, so we're trying to look for new and innovative ways to recruit crew people," McDonald's Australia's Shaun Ruming told News.com.au.

Snapchat recently reported that it has more than 4 million daily active users in Australia.

While such processes won't be for every organization, it's interesting to see big brands looking at more innovative ways to utilize social platforms in order to tap into their audience reach. Even if you're only using social to reach a segment of your audience (McDonald's obviously appeals to a lot more than just young people), it's worth considering how you might be able to utilize each platform in a targeted way to achieve specific objectives.

Social is where a growing majority of people are spending their time, and while it may not seem an obvious avenue for your brand promotions, there could be opportunity within smaller segments, or ways to use social platform functions, to help meet your goals.